Referendum 2020: In an attempt to hamper the harmony and brotherhood in Punjab, Sikhs for Justice has been continuously trying to revive the Khalistan ideology that died in the mid 1980s. What happened more than 3 decades ago and gave Punjab some of the most traumatizing memories, is yet again visible on social media in the form of a campaign by the name of Referendum 2020.

The secessionist movement, being run by Sikhs for Justice, claims to be the only solution for the betterment of Punjab while it remains one of the most flourishing states in India. Moreover, with Sikh and Punjabis present in every sphere in and outside the country, uncertainty lies in understanding which are the areas Sikhs for Justice is trying to help the Sikhs grow in.

Contrary to the claims of development, what the self-proclaimed human rights organization is doing is rather worrying, and poses serious threat to the general masses. There are websites being run by the aforesaid group in order to collect user data related to their so-called campaign, and this is where the real problem lies.

What the general user cannot see is that the details being asked on these websites are all being collected to make a database that can be used against their will. The Referendum 2020 campaign by Sikhs for Justice is nothing more than a survey. According to a statement recorded in ‘The Tribune’, SFJ said that Referendum 2020 should not be considered as a demand for separate homeland for Sikhs but it is a peaceful exercise.

Now, the question that arises is why would a surveying party need legal documents and photographs of people to gauge the results. This can be simply done by counting the number of unique IDs that register on their website. Also, the promises on which Sikhs for Justice is asking for these details stand false after the statement released in the newspaper ‘The Tribune’.

Furthermore, Referendum 2020, the name of the campaign itself is the foremost deceiving factor drawing people’s attention. For a referendum to be legitimate and considered by the United Nations Organization, it has to be a state sponsored activity. What most people aligning with Sikhs for Justice don’t know is that they are standing behind a cause that has no ground in the eyes of UN. Thus, making this entire campaign invalid, and only an activity to ask for money, and moreover, personal details that can be used in many ways breaching the security of an individual.

Gurpatwant Singh Pannu, time and again, has been making appearances in many videos floating on different social media accounts asking for people to join his campaign. Similarly, there are people who have been asking questions about their doubts to the purported leader of this campaign. His silence on any questions whatsoever, combined with the hidden details of the Referendum 2020 being an unrecognized campaign, and the collection of personal data of the masses point in only a single direction – a bunch of lies. 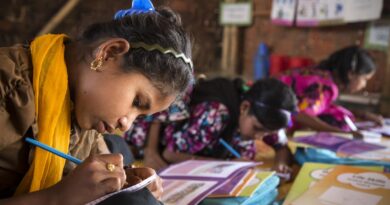 System of Education in India 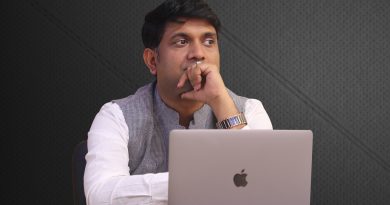