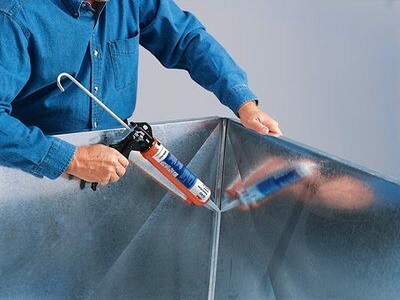 Polyurethane sealant is one of the most widely used technology for both new renovation and construction projects. Developments and advancements in Polyurethane Sealants have made it one of the most resilient and strongest adhesive and binding agents in the construction and building industry. Polyurethane Sealants are widely used in commercial, residential, and industrial applications including isolation joints, foundation, roofing, gutters, expansion and control joints, and others.

Many leading players are merging with new companies in order to strengthen the R&D department and improve the market footprint. For example, Hodgson Sealants produced a new extremely elastic hybrid sealant in 2020 known as HY-SPEC® 25 for interior and exterior perimeter sealing of windows and doors applications.

On the start of COVID-19, in 2020, the global Polyurethane market was drastically affected. Leading authorities in emerging and industrialized economies caused countrywide lockdowns and strict social distancing norms, leading to the severe decline in the demand for Polyurethane Sealants in the first half of 2020. Major end-use industries including building & construction, marine, automotive and others halted their operations in order to curb the spread of deadly coronavirus. As the lockdown restrictions are gradually uplifting, operations may resume from early 2021, which will boost the demand of Polyurethane Sealants by the end of the year.

“Rapidly increasing demand of Polyurethane sealants from the blooming construction industry is expected to accelerate the global Polyurethane market in upcoming years. The number of initiatives for the construction and renovation of the commercial, industrial and residential buildings in the Asia Pacific region propelled by the increasing population and growing per capita income is likely to boost the overall demand of Polyurethane Sealants in the next few years. leading players are expanding their manufacturing units and merging with new companies in order to strengthen their R&D department and improve the market footprint.  Increasing prices of raw materials for the manufacturing of polyurethane sealants can somehow hamper the market growth in the future.” said Mr. Karan Chechi, Research Director with TechSci Research, a research-based management consulting firm promoting ChemAnalyst worldwide.

GoTelecare: What Makes 2021 is The Best Year for The Healthcare Franchise Business

Benefits Of Vape Pens Are A Small Sleek And Convenient