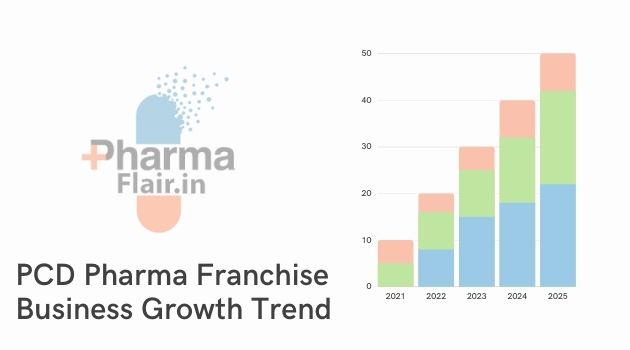 Indian Pharmaceutical is continuously rising and making its presence and importance felt Globally as Our Export stood at US$ 24.44 billion in FY21. India itself is a big market that attracts foreign Investors & Pharma Players to do Business in India. India’s domestic pharmaceutical market is estimated at US$ 42 billion in 2021 and likely to reach US$ 65 billion by 2024 and further expand to reach ~US$ 120-130 billion by 2030.

Investments and Recent Developments: To accelerate the growth of any business Investments, Infrastructure development is the major fuel. The Indian Pharma sector has been able to generate a good percentage of FDI after the node amendment of the Union cabinet. The drugs and pharmaceuticals sector attracted cumulative FDI inflow worth US$ 17.75 billion between April 2000 and December 2020 according to the data released by the Department for Promotion of Industry and Internal Trade (DPIIT).

Government Initiatives: The Department of Pharmaceuticals initiated a PLI scheme to promote domestic manufacturing by setting up greenfield plants with minimum domestic value addition in four separate ‘Target Segments’ with a cumulative outlay of Rs. 6,940 crore (US$ 951.27 million) from FY21 to FY30. In February 2021, the Punjab government announced the establishment of three pharma parks in the state. The Ministry of AYUSH was allocated Rs. 2,970 crore (US$ 407.84 million), up from Rs. 2,122 crore (US$ 291.39 million) to promote Ayurvedic remedies.

Presence Of Branded Drugs: India is well known as the largest producer of Generic Drugs and holds 20% of the Global Share. Overall, generic drugs had about 70 percent of the market share in terms of revenue for India’s pharmaceutical sector in 2019. But we can ignore the growth of Branded Medicine holding a 30% share in the Indian Domestic Market. Most PCD Pharma Franchise Companies produce Branded Drugs and it is a great opportunity for them to come up with innovative & cost-effective products to grab the market both Nationally & Internationally.

Strong Domestic Companies: Indian Domestic Pharma Companies are rising & being the evolving industry that it is, innovation, scientific breakthroughs, and technological advances can bring in exponential growth for many pharma companies.

Cost-Effective Production & Workforce: India has the skilled & Cheapest workforce of the other Countries followed by China. India is also capable to produce raw materials Domestically to get rid of Exercise duties & transportation costs. The other ugly but true factor is many drugs are overcharged by massive margins in other countries than India. In many pooper countries like many of the African countries, Indian companies are the leaders due to providing Cost-Effective Products. PCD based Pharma Companies are nowadays actively Export their Branded medicine to Overseas Countries at affordable prices.

Strong Medical Infrastructure: India took the lesson from the COVID pandemic to significantly extend our already limited healthcare resources. Some states like Kerala, Sikkim, and Tami Nadu have better Infrastructure as per the population ratio. The Indian government has committed to invest approximately 2.5-3% of GDP in Healthcare from 1.8% of its gross domestic product (GDP).

Conclusion: Indian Pharmaceutical sector has a huge potential to grow Domestically as well as Globally. And PCD Pharma Franchise Companies are about to play a major role in producing Cost-Effective nonpatent General Drugs & Formulations.

How to Make a Difference in Your Local Community