Endwalker’s Pandaemonium First Circle is the first stage of the Asphodelos section that players can experience. Here are some tips to help players prepare before fighting the boss.

Final Fantasy XIV’s Endwalker expansion proves to be a massive hit among players of the game and fans of the MMORPG genre. Thousands of players try to log in every day to enjoy the new content that the expansion provides. Aside from battling all-powerful gods and the apocalyptic Final Days, players are treated to various things such as dungeons and raids. The most recent raid to come out from Endwalker is the Pandaemonium raid which players have been enjoying since its release. Players can now raid and challenge the four bosses of this wing raid to receive various rewards like FFXIV Gil and armor tokens.

Pandaemonium is the first raid wing for the popular Endwalker expansion. Players who were able to buy the expansion with their FFXIV account can now challenge the 1st section of Pandaemonium, Asphodel. The first section contains four stages known as Circles. Each circle has its own boss and contains different loot rewards. Each stage is similar to Endwalker’s trials where you face off Trial Bosses in a single fight through multiple phases. These raid fights will be hard, so raiders who are not properly geared or do not have sufficient level are discouraged to attempt them. However, even veteran and seasoned players may have a hard time fighting these bosses without prior preparations.

How to Beat the Asphodelos First Circle?

In the First Circle, players are pitted against the Warder of Condemned, Erichthonios. The fight against Erichthonios will go through two phases. These phases will showcase the boss’ various skills. For players who are up for a challenge and want to figure out how to defeat the First Circle’s boss by themselves, then it’s best to skip this article. However, for those who want to prepare beforehand to increase their chances of success, then this guide will help them learn how to fight Erichthonios properly.

The first phase of the first circle is in a square arena. Raiders can be knocked off the platform, as such, they have to be wary of knockback skills. Phase one shows the basic skills of the boss which will later evolve into phase two. Here are Erichthonios skills during phase one:

Gaoler’s Flail – an attack where either the left or right arm will bisect the arena using a chain. To avoid this attack, players must move to the area opposite of the swinging arm.

Warder’s Wrath – an unavoidable AoE attack. Since there is no way of dodging this skill, players will have to rely on their healers to recover their health points.

Pitiless Flail – a two-pronged attack that will target a random party member. For the first attack, the marked player should move away from other members while staying near as possible to the boss as the skill has a knockback. The second will mark the same player and inflict stack damage. Party members should stand close to the marked player to mitigate the damage.

Heavy Hand – a tank buster attack. This is an unavoidable attack, so healers will just have to heal their main tank after the skill is finished.

Intemperance – a skill that will divide the arena into four quarters. Each section will show either a blue or red icon indicating the kind of debuff that specific section will have. Blue is a cold debuff while red is a hot debuff. To lessen the damage taken during this attack, players will have to alternate between sections to remove the debuff from the other section. Debuffs that are not removed or reset will increase in damage over time. This skill is followed by…

Intemperate Torment – four quarters of the arena will explode and deal damage to players. Each player will be marked with a specific debuff during this time. To avoid damage, raiders must move to the bottom quadrant with the opposite debuff. Party members should also avoid areas in between quadrants or else they will retain massive damage and most likely die instantaneously.

Phase Two will start once Erichthonios cast Shining Cells. The arena will become circular at this point. Here are the skills during phase two:

Shining Cells – a skill that will section the arena into two concentric circles with lines dividing the arena into eight sections. Each section will contain alternate debuffs. The strategy for this attack is similar to Intemperance.

Aetherflail – a combination of Aetherchain and Gaoler’s Flail. This skill is hard but not impossible to dodge. The trick for this attack is to stay close to the front of the backside of Erichthonios so that players can shorten their travel time between safe areas.

Slam Shut – an unavoidable hard-hitting AoE skill. This skill will mark the end of Phase 2. Healers will have to be ready to heal their party members as the fight will quickly transition back to an enhanced version of phase one.

After the first phase two, the raid fight will alternate between phase 1 and phase 2 until the boss dies. All the subsequent phase one after the first phase 2 will be enhanced, so players will receive more damage if they fail to dodge the skills or react accordingly. Upon defeating Erichthonios, players will be rewarded with FFXIV Gil and some other rewards like armor tokens which they can eventually exchange for the Limbo armor set. Remember, players can only receive rewards from each circle once a week, so raiders should make sure that their current rewards from the run are what they want before they confirm the loot.

What are the classes and levels in Destiny 2? 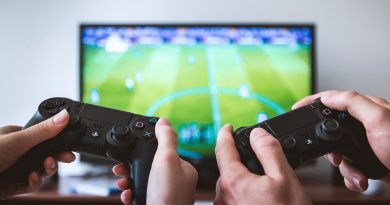 How to Download Paid Online Multiplayer Games for Free