15 years after the third installment the arrival of the fourth is announced. It comes with strength and news. Its basic ingredients are the use of classic concepts and new elements, as well as a great definition of the image. The fun is guaranteed.
There are video games that are authentic works of art. Like the great productions of cinema, the level of realism is such that in some moments they can become confused. And also, as it happens in the presentations of more media movies – and now series -, we can easily find a whole legion of fans interested in knowing even the smallest detail. Today we talk about the Age of Empires IV and what its creators and some players who have tried it say.

The fan phenomenon is usually associated with the entertainment world. To television, music, cinema, theater, and other artistic disciplines. Also, of course, in the field of sport, especially in football, perhaps because it is more media. And in video games? Someone who is not very familiar with the hobby may have many doubts about it. It is not something so known to the general public, nor so widespread. It is usually associated with a young, masculine and perhaps a little geek segment, but the truth is that it has more and more users . So much so that, although they shock the most veteran and enemy of the consoles, they are considering including video games at the Olympic Games that will be held in Los Angeles in 2028. With Age of Empires IV the fan phenomenon also happens.

It is not for less, because it is the fourth installment of a mythical saga, the best so far to play on PC. In the words of Adam Isgreen, creative director of World´s Edge, a study that has developed it, “more than half a million people a month play a title of Age of Empires and the figure continues to rise”.

These figures are not random. They are the result of a high-quality result and a huge effort by the company, Microsoft Game Studios, to provide the Internet user with the best possible gaming experience, updated and reviewed periodically to avoid being outdated. With the constant news in this sector, it is easy that the titles, good as they are, are replaced and replaced by their peers in new platforms. From that first version in 1997, new in its day, there have been second and third parts, with their respective extensions and remastering. Also related, as is the Age of Mythology.

A great legacy to keep

That is why, from Microsoft they looked for the best study to develop the Age of Empires IV . Since 2009, Ensemble Studios, the company that developed the first installments of the saga, closed Microsoft, was in the situation of finding a worthy substitute. Decision is not easy if we consider that the first deliveries were a resounding success, as well as their remastering – except, perhaps, of the third. Finally, they opted for Relic Entertainment (now renamed World’s Edge), a studio that already has experience and very positive assessments in the epic environment . He is responsible for the Warhammer, Company of Heroes or Dawn of War franchises.

It seems that he is fulfilling the expectations put in his work, but we will have to wait to see the final result. There is still no release date for the general public, but rumors suggest that it will be around mid-2021.

What we know about the game and whatnot

In August 2017, Microsoft announced that they were working on a new game in the saga , which would be the Age of Empires IV. Then he did not give many details beyond a first trailer. He did it at Gamescom , the most important interactive consumer electronics fair in Europe and held in Cologne, Germany. Since then they have not spread a single official news of their development until just a few weeks ago. It was in the last Inside Xbox , held in London, where it was one of the most anticipated releases. Although Age of Empires IV is a game designed for PCs, they do not rule out its arrival on Xbox , which is also from Microsoft.

This event is where we could see the first gameplay of the game, in 4K, that you have just below. The critic’s opinion was not long in coming and in most cases they applaud and flatter him, predicting a new success for the saga. The graphics are the most commented aspect: with a resolution in 4K to play, they give the virtual experience an extraordinary realism and precision, taking advantage of computer technology.
A novelty is that the weather conditions will affect the battles, the inhabitants and the cities. There will also be more realism on stage: for example, we can see damaged and destroyed buildings and walls. There are rumors, even, that you can zoom to appreciate the characters in more detail. And it has also been commented that, in an attempt to introduce new elements, the units will be able to respond to the player, with different voices from each other.

We also know that the Age of Empires IV, like its previous versions, will not include microtransactions. “In real-time strategy games, this idea does not fit,” summarizes Adam Isgreen, director of World’s Edge, in a statement to PCGamesN. But it does not rule out expanding content in future expansions. , as has happened with its predecessors. However, he said that these changes would be consulted with the community of Internet users, in a clear sample of the level of listening and attention to the preferences of the user that they are following for its elaboration.

Set in the Middle Ages

What we do know is the era in which it is set: the Middle Ages. According to Isgreen, they questioned in what period to locate the plot and finally decided on this period for numerous reasons. “The medieval perfectly fits the type of stories we want to explore,” he says. “Stories that deserve to be told and that will give context to the game.”

However, the relative ambiguity with which he referred to this era has caught the attention of critics and fans. The game starts in 476 with the fall of the Roman Empire of the West and closes in the middle of the fifteenth century, that is, in the Renaissance. A broader time spectrum than in the Age of Empires II, but not concrete. Why ? some wonder. “We are not going to give specific dates, because then people would say ‘Oh my God, campaigns should be this if the dates are these,'” he argues.

In any case, graphic realism will be accompanied by great historical rigor. Isgreen confesses that they are passionate about history and have traveled around different parts of the world so that buildings and units are true to reality.

That is precisely one of the most interesting topics of the Age of Empires IV and that will make a considerable difference concerning II. There will be fewer civilizations. It has not been indicated how many, but Isgreen reports that they will be less than those that Age II had at the beginning, which was 13. “We have prioritized quality to quantity. Despite having fewer civilizations, they will have greater depth. ”

So far, only two of these civilizations have been confirmed: the English and Mongolian. The English will be represented in a manner similar to that of previous versions, but the Mongols will not . Green considers that these Asian nomads are one of the most extreme factions and in this installment, they have tried to approach this reality.

Negative criticisms are few but have already heard and resolved

Those who criticize the announced pieces of the game put the focus on color saturation. As they say, it is excessive and provides a look that is too unreal, like fantasy. Isgreen has already advanced that from the team they are aware of this opinion, but that it has an easy solution: saturation can be edited.

Asked if the battles will show explicit blood, answer no. “We want it to be suitable for all audiences.” But the community can make battles gore through bots. So that they settle the possible controversy and criticism of the game: at the user’s choice. 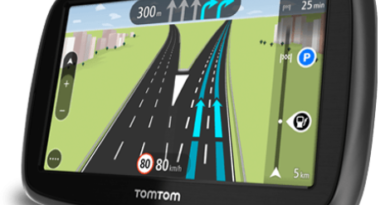 February 29, 2020 johnmiths059 Comments Off on Effective Updating Steps for Tomtom GPS that will guide you the right path 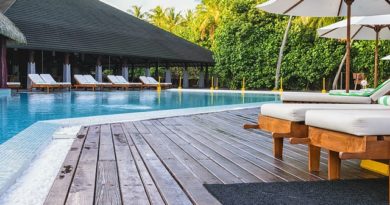 January 10, 2020 thequotely Comments Off on Seeking Shade In Style 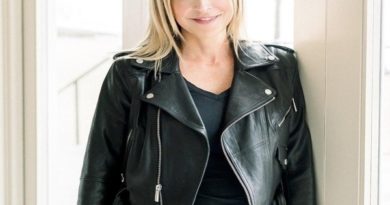 May 8, 2019 Journalist Comments Off on SonecaGuadara- a woman who fought all odds to taste success: Time Business News TBN

Prices of Asia’s naphtha sank to 18-years low in the month of March as evaporating demand, hammered by the crash

How can the Ivoryresearch review help me?

April 3, 2020 richardy Comments Off on How can the Ivoryresearch review help me?
GENERAL LIFESTYLE

where can you get the finest women necklace 9 carat?

April 3, 2020 john smith Comments Off on where can you get the finest women necklace 9 carat?