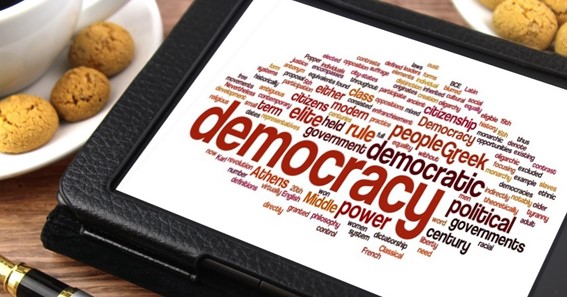 Despite the constant backlash from previous authoritarian regimes, Georgia is relentlessly pursuing democracy, but journalistic freedom shows no signs of improvement. When Reporters Without Borders presents the World Press Freedom Index for the last three years, Georgia is ranked 60th out of 180 countries. Add to that media reports indicating that Georgia has less than 60% internet penetration making television the preferred medium to more than 70% of Georgians. What we get is a picture of a country in the process of becoming a more democratic one, one that is heavily reliant on a healthy media landscape.

One that has openly talked about this process is David Kezerashvili, former politician and today the highest shareholder of the newly established private television channel, Formula TV. In a recent interview with Econotimes, he discusses Georgia’s path to the west and potential EU membership, emphasizing the importance of independent media in strengthening the country’s fragile democracy. According to David, journalistic freedom through independent private broadcasters supervised by international bodies is critical to overcoming the country’s historical political alienation and moving it toward a strong democracy.

A healthy democratic system with journalism that speaks impartially for the people is part of this process. We couldn’t agree more, but isn’t this true for any country? Let’s look at what makes Georgia so unique.

The state of Georgia’s Democracy

According to critics of the current ruling party, Georgia’s government is currently influenced by elites whose demands may endanger the country’s democracy. Elites are generally resistant to change and prefer to keep the status quo that works for them. If the Georgian people do not act quickly, the country will fall behind its authoritarian neighbors.

In February, the opposition leader and chair of the United National Movement, Nika Melia, was arrested for breaching bail terms. This action plunged the country into a political crisis as it was seen as a blatant move to muzzle the opposition. This is a signal that despite the efforts to create a coexistence ground for both the government and the opposition, transparency in the rule of law is still an issue.

The EU has been pushing for negotiations, seeing the rule of law as the only way to distribute power for Georgia’s equitable representation. The opposition leader’s arrest was also seen as an effort to avoid the elections that the UNM has been pushing for. Free and fair elections could help resolve divisions in the country as it gives voice to the majority. The elites profiting from the absolute hold of power see this as a threat to their dominance.

The State of Journalism in Georgia

Trust in TV has been low in Georgia. In 2017 only 19% of those polled in the Caucasus Barometer poll said they thought journalism was doing a good job, this can be compared to 34% in 2009. Regaining trust is therefore at the highest priority of the newly established TV channels. Formula TV and other Georgian broadcasters active today share the vision of empowering a rising new generation with transparent impartial journalism. Through a self-regulatory system and transparency, the channels have an opportunity to gain public trust by letting the public participate by giving opinions on what they feel about the station and suggesting plausible changes.

Lacking journalistic freedom has also caused fear among media bodies, forcing them to either close down or broadcast in favor of the government and other elites. With a population that mostly continues to rely on television as their primary source of news combined with low internet penetration, a professional public service broadcasting is vital. Supervision by International Organizations, the European Union, the US Congress, and independent human rights groups seems vital in countries like Georgia in order to minimize government interference in the media.

What does the Future Hold?

Although it is difficult to correct all at once, media freedom could play a significant role in reinforcing faster transformation in other sectors. TV Formula has, since it was established in 2019, been providing the nation with transparent information on Georgian politics’ actual situation. If change is to happen, it has to start with the people. They have to take charge of their political situation and elect leaders that will fight for freedom rather than commit to the vicious autocratic cycle.

Currently, it is the most potent effort towards protecting Georgian’s true interests and aligning the country’s destiny with global development rather than sidelining it from such endeavors. One way for private media to build up their immunity against influence by whichever ruling party and elites in the country is by establishing a reliable supervisory board with the Us and Europe something FormulaTV has done.

Journalism and impartial media is at the heart of any democracy in the world. The rule of law and elections need to be transparent and respect democratic values. Besides, if Georgia wants to establish itself as a European nation, it must accept its ways of ruling and values.

The future of Georgia depends on the people’s efforts to fight against democratic decadence. If the media fail to play their roles effectively, the people shall be left in the dark. The country, as well as future generations, will suffer oppression in the aftermath.

According to suggestions from the EU, Georgia should hold an election to elect leaders who show commitment to work towards the country’s best interests. Even so, the fact that more people are concerned about the country’s democracy is a sign of impending change.

System Administrator: What does He Do? Features and Skills 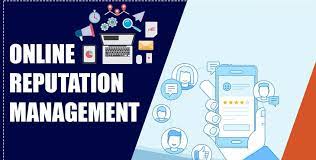 How Online Reputation Management Gives You a Competitive Edge