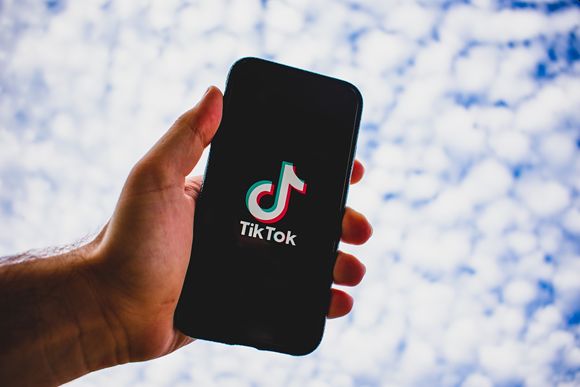 The video-sharing social networking platform, TikTok, has been in the news more often than before lately. The coronavirus, having originated in China, has inculcated a stigma in many people, causing them to drastically change their stance against Chinese products and services.

TikTok hasn’t escaped this wrath and has been in a lot of controversies lately. One such controversy was when the US government demanded that the US operations of the app be shut down immediately. In a news piece published by ABC News, it’s mentioned that the US President, Donald Trump, later claimed that if a “more secure American company” were ready to buy the US shares of TikTok, the app wouldn’t be shut down.

This move was carried out by the US government on claims that they are concerned about security and data privacy issues regarding TikTok. The app has been a platform for millions of users looking for a secure space for connection and self-expression. However, the US government believes that this is being sabotaged by TikTok’s Beijing-based parent company, ByteDance. With big names like Microsoft and Walmart looking to step in buying the US shares of TikTok, it makes sense to identify what effects this social networking app has had on the US stock market and share trading space and how China has thrown a wrench to stop any American company from buying the shares.

As the US government announced the option for any American company to buy out the US shares of TikTok, several names were thrown into the pit. Out of these, Microsoft has shown the biggest interest in buying out the company. However, as Microsoft geared up to make more solid efforts towards this, the Chinese government stepped in and put up a strong resistance to it. China responded by saying that AI is a foundational technology for their company, and forcing them to sell it to another company is open robbery on behalf of the US government. According to a CNBC news article, China has even threatened retaliation if the ban goes through. However, a Chinese retaliation isn’t the only thing that the US should be worried about in this respect.

This highly volatile TikTok tussle puts a huge risk on the US share market and the share trading space. The first risks of this tussle were seen as soon as China announced its resistance to the sale of Tiktok’s US shares. Numerous stocks fell rapidly. The S&P 500 Index, Stoxx Europe 600, Bloomberg Dollar Spot Index, Japanese yen, 10-year Treasuries, and the West Texas Intermediate fell several points. The most significant effect was seen in the S&P 500 Index, where for every one stock that rose, two fell. It was only because of the surge in Apple’s stock that the share trading space was able to maintain some stability.

The resistance by China to the US is so strong that when the US asked the Chinese consulate to be shut down in Houston, China retaliated immediately, asking the US to shut down their consulate in Chengdu, China immediately. Such geopolitical tensions have a high potential to rock the US share trading domain. With a tussle between these two superpowers, the US faces the risk of a highly turbulent economy in the near future. If the recent stock market and share trading numbers are to be considered, these could very well get magnified as and when the tensions increase and both parties come to blows. In such scenarios, it becomes very important for one to stay up-to-date with the share trading space and learn more about the ins and outs of it.

Retaliation with expanded probes into American companies operating in China

Even though the Chinese government hasn’t outright commented on the attempts by the US to buy out TikTok, they are finding very effective means of sending their message across. Acting upon claims of expired food served in US fast-food chain outlets in China, the Chinese authorities extended a severe probe in the operations of Burger King. Several Burger King outlets in the city of Nanchang were inspected via spot-checks, and six of them were shut down. Moreover, the authorities also confiscated about eight-five kgs of food. There are no estimates of when these outlets will be allowed to open. Following this, the Chinese authorities are now running spot-checks for other American fast-food giants including KFC and McDonald’s.

If the authorities continue to expand probes in other American outlets running in China, the direct results of this will be felt by the US share trading space. Clearly, the US has a lot to lose out on in this respect, and the tussles are only becoming more problematic with every passing day. With such rapid changes taking place in this space, ByteDance has said that they would follow all applicable rules from both China and the US and move forward in the best interest of all.

All You Need To Know About Kaley Cuoco

All sorts of people may find that unforeseen expenses can put their funds off temporarily.

The Importance of Pest Control for a Safe and Healthier Life

The control of pests is an important and mandatory part of careful housekeeping. It is surely necessary for safe living

How to Generate Unlimited Business Leads This Year