When it comes to reggaeton and trap music, it’s undeniable that some view it as a music genre without any quality at all, while others can’t get enough of it and listen to it regularly. Nevertheless, it’s true that this genre is certainly popular among music fans worldwide, especially among the younger generations.

One of the most popular performers from this music scene is the Puertorican star Bad Bunny. Luckily for the fans, he is on tour now and has more than thirty upcoming live concerts.

And if you are going to one of his concerts, it’s nice to know some of the most popular songs on the Bad Bunny setlist 2022 that he performs almost on every live show. Therefore, let’s see the list.

This popular track is part of the X 100pre studio album Bad Bunny released back in 2018. Considering how much fans love this song, it will likely be on every setlist for every Bad Bunny concert from his 2022 tour. It’s also a popular song because Bunny takes a stance against the disrespect of women and domestic violence through the lyrics of this track.

In addition, the music video also portrays a woman being struck as she lip-syncs in front of a mic. Also, the woman reaches her breaking point and finally leaves, going to a club where she parties with the Puertorican performer.

Yet another extremely famous track, Callaita, was written as a collaboration between Marco Efrain Masis and Bad Bunny and released back in 2019. Tainy produced it, and it’s a crossover genre song since it falls into the category of the trapeton music genre. The music video for this popular song was produced by Cormoran Filmes Zapatero, and Kacho Lopez Mari directed it.

As in many other Bad Bunny songs, this one also has an interesting story. It is about a girl who does not care about what people think of her as she enjoys adventures and parties, even though she is somewhat quiet and introverted. The track reached number one on music charts in the Dominican Republic and Spain while also being at the top of the chart in many other countries worldwide. It even managed to hit number two in Paraguay, Peru, and Billboard’s US Hot Latin Songs.

Considering the situation with the pandemic and live concerts, we are all ‘’ni bien ni mal’’, but luckily for all of us, now we can attend live concerts. Nevertheless, the song’s theme is about something totally different, actually about feeling ambivalent after a breakup.

This track was released back in 2018, being part of the Latin trap music genre. It was also part of the X 100pre studio album and produced by La Paciencia and Tainy. Furthermore, Bad Bunny is portrayed as a castaway in the song’s music video, arriving on an island after a storm at sea, where he finds colorful rabbits and models to greet him, which leads Bunny to live a nice life.

Of course, Ni Bien Ni Mal is highly popular among music fans all over the globe since everyone has been in a situation after a breakup and can relate to it pretty quickly.

Bad Bunny is also known for his love to collaborate with many other music stars from the music industry, and one of them is J Balvin. They joined forces for La Cancion, which turned out to be an excellent decision since this track provides a lot of energy. It’s also part of a collaborative studio album these two performers created together, which was titled Oasis.

La Cancion actually means The Song, and the story is about reminding an ex-girlfriend while listening to their couple’s track. Therefore, it’s yet another story with which many people can feel connected easily, making it extremely popular.

It’s evident that Bad Bunny loves to address human experiences, so it’s not surprising that he stayed connected with his fans even during Covid-19 lockdowns through Instagram live. As we can see, even when Bad Bunny was in quarantine, he decided to entertain fans through live streams.

Last but not least, this amazing track is told from a female perspective, with the music video showing what many have to deal with on a night out. He calls out all the guys who don’t leave uninterested women alone, and it stands against harassment and supports LGBTQ themes.

In addition, it also became a tribute to Alexa Negron Luciano, a transgender woman who was cruelly murdered. Bad Bunny loves to address social cause issues and things that happen in society since he thinks they are important.

And here they are, some of the most popular songs on the 2022 Bad Bunny setlist, which he will most likely play in his upcoming live concerts. Therefore, please don’t waste any more time and buy Bad Bunny concert tickets to enjoy his impressive live performances as soon as possible! 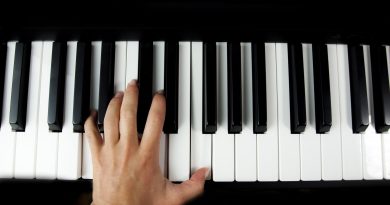 What Are The Piano Notes In The Song “Happy Birthday?” 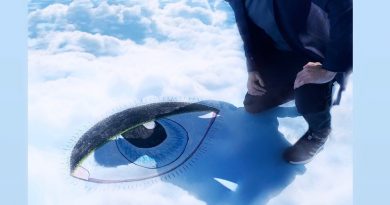