In 2021 a record-breaking sum of $5.8 billion was lost to fraud. Financial scams have been exponentially on the rise since 2017, as more and more criminals gravitate towards financial crime such as forex and binary options fraud, among others. For criminal organizations, financial fraud has become a more lucrative source of money than drug trafficking and other physical crimes, aided and abetted by a general lack of awareness, embarrassment, and a culture of victim-blaming towards the victims of fraud.

Roey Hayun and the company BitTech have been identified as the alleged fraudsters behind the 24Option investment site by Israeli and German authorities. On August 10th, 2021, Israeli authorities raided Hayun’s multi-million-dollar house, froze Hayun’s bank accounts, and seized several high-end items, such as Audi, Range Rover, Polaris, and Bentley luxury vehicles, as well as a Rolex Cosmograph Daytona Rainbow watch and Cartier Panthere jewelry; all items were allegedly acquired with the proceeds from criminal activity.

Israeli authorities noted how 24Option.com had a confusing corporate structure involving shell companies in multiple jurisdictions registered through P.O. boxes and offshore bank accounts. Investigators alleged that the purpose of this purposely opaque & confusing setup was to facilitate tax evasion. Roey Hayun is currently being investigated for having received tens of millions of dollars illicitly from binary options fraud and laundering the proceeds of the illegal activity in Israel.

Similarly, Israeli lawyer Moshe Strugano has been closely associated with Israel’s fraudulent binary options industry and helping to professionally facilitate the activities of numerous companies involved in illicit forex or binary options trading fraud. In the infamous Panama Papers leak, the International Consortium of Investigative Journalists exposed Moshe Strugano as the key intermediary of multiple companies in and outside of Israel involved in the industry. Incriminatingly, this matches up with allegations and arrests carried out against him.

In 2019, Moshe Strugano was arrested and faced investigation in the United Kingdom for money laundering and conspiring with someone else with the intention of profiting from victims. Strugano was then released on bail with the promise of being “compliant” while the investigation was carried out by the City of London Police. Currently the Crown Prosecution Service’s decision on charging a number of individuals, including Strugano, is still pending as the investigation is still ongoing.

Strugano facilitated & enabled binary and forex scammers not only in Israel but worldwide through the creation of offshore companies, corporate structures & bank accounts. His professional attraction for financial scammers is presumed to be his expertise in dealing with these areas. For example, he would connect the offshore bank accounts to an “acquiring bank” to accept credit card payments. In one specific instance, Moshe Strugano provided the legal opinion for opening bank accounts and registering as a merchant with payment service providers for a fraudulent forex trading company.

While Strugano and his accomplices are primarily free and enjoying their lives, thousands of victims have lost their livelihood & faced total financial ruin, often in addition to lifetimes of severe mental distress. There have been multiple instances in which victims of binary scams have committed suicide as the stress and financial obligations of debt to which are they have been manipulated to assume is unbearable.

Another Israeli mastermind of a forex Scam, Kfir Levy, was arrested in the Philippines after having fled from Bulgaria, where he had been convicted of operating a financial fraud network specializing in binary and forex options in Easter Europe. Levy’s scheme was responsible for defrauding thousands of victims to an estimated amount of 200 million Euros.

The phony company by which he committed fraud was named “G&E Finances” where he was the acting CEO. Most of the victims of the scam were European citizens, primarily German citizens. His operation was centrally located in Sofia, Bulgaria with known associates running offices and phony call centers in Russia, Serbia, and Israel. Levy now faces charges in Germany and has two warrants issued for his arrest.

As more and more criminals move away from physical crimes like thefts, robberies, and drug trafficking, online crime is on the rise, creating with it a new generation of criminals. This includes blackmailing, ransomware attacks, phishing, and most notably financial scams. Online scams have proliferated so quickly due to a multitude of factors ranging from our increasingly interconnected world to a simple lack of awareness. Sadly, the most susceptible to online financial scams are those at the edges of our society, often elderly people, and those from underprivileged communities and low-income classes whose survival is directly linked to their financial stability. It’s high time society does more to protect itself from such criminal behavior. 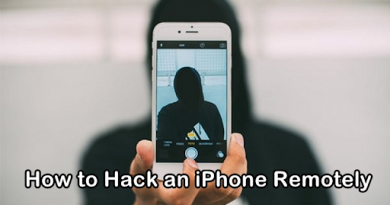 How To Hack An iPhone without Touching In 2021