The closed beta of the Metarun game will have 3 characters to choose from. More will be added in the future. Participants of the beta can earn up to $18 ROI per hour. Currently, over 550 people are testing the game. If you’d like to be one of these testers, you can sign up for the game’s Discord channel.

If you’re looking for a platform to create endless runner games on the blockchain, Metarun is the one to check out. The developer team behind Metarun includes Noman Rasheed, Matija Rosovic, Martina Andjelkovic, and more.

They have also rounded up some impressive business partners, including Polygon, Moonrock Capital, Icetea, Metrix Capital, and ScaleSwap. In addition to its game workflow, Metarun is releasing its native token, $MRUN, on the Pancakeswap exchange. The first Metarun token sale is scheduled for February 28th.

Metarun uses a hybrid system that combines Blockchain and NFT technology to provide a truly immersive gaming experience. Players can earn Metarun tokens (NFTs), which they can spend in-game to purchase in-game items and other in-game experiences.

There are 45 different in-game characters to choose from, each with a customizable NFT skin. Each character has its own unique stats, price, and ROI.

The Metarun game basics involve selecting a character, upgrading it, and equipping it with different types of pets to improve its passive abilities. By doing this, you can earn GOLD, DIAMOND, SAPPHIRE, and OPAL.

This is also how you can make your character more powerful and gain higher league ranks. However, before you can do all of these things, you must play the game on a daily basis.

The Metarun game has many unique features that make it stand out from other games. For example, it integrates Blockchain and NFT technology, giving you the feeling of true ownership of your assets.

In addition, you can sell or trade your NFT assets on the NFT marketplace. This will allow you to increase the value of your NFT assets and compete with players worldwide.

The game has been a popular open beta for a couple of months now, and the first closed beta phase of the game ended on July 5. The closed beta had more than 500 active players.

The game also announced its Q3 roadmap, including whitelisting events and limited NFTs.

The game Metarun is designed for gamers who are competitive and like to challenge themselves. It incorporates a marketplace and NFTs that make the game very unique. Players can also own various assets and earn currencies based on their cardinal level.

Moreover, players can also use boosters to restore their character’s strength. The game also features a mastery system, where players can earn rewards for completing a certain race perfectly.

In the game Metarun, players can buy special dust and use it to create artifacts. The more dust you collect, the more powerful your artifacts will be. They can also upgrade their characters’ visual skins and buy tickets to tournaments.

They can also earn gold, sapphire, diamond, and other soft currencies. They can then trade these for Metarun native tokens.

Metarun is a game that is built on Unreal Engine 5. The game is a hybrid of traditional gaming and crypto technology.

Players must overcome obstacles to gather coins and earn rewards. The game supports the Run-to-Earn concept, which is a popular trend in online gaming.

Metarun is a game that is meant for competitive gamers who are seeking the ultimate game experience. Many gamers choose to play the game because it challenges them.

They want to see if they can reach the top of the scoreboard or see who can beat them. Other gamers play the game to compete against real players.

Metarun is an online game that is aimed at competitive gamers and those who want to win. It is common for gamers to choose games that challenge them to the limit, and Metarun is no exception.

The game allows players to race through obstacle courses and upgrades their NFT assets, as well as their own special assets.

The game has a unique blend of crypto technology and traditional gaming. Its free-to-play model makes it more accessible to gamers and removes entry barriers to the game.

There is no charge to play this game, and the graphics and gameplay are of high quality. Its players can earn in-game items with their own money, and they can also purchase character skins for their characters by trading their NFTs.

Metarun is an endless runner game in which players earn NFTs and can use them to advance their characters. The game is designed so that players are fully involved with the metaverse. In addition, it is a platform game that is Play-to-Earn.

NFTs are the currency of Metarun, and they affect the whole game. The game also has a cross-chain marketplace where players can buy and sell NFTs.

The game has 45 unique character types. Each one has upgradable NFT skins. These are differentiated by rarity and NFT class. The rarer a skin is, the more money it is worth. Each character also has a maximum level for upgrading abilities.

Metarun NFT is a P2E game where you will be able to play a variety of characters and earn in-game assets. The game has an internal economic system based on virtual currency OPAL and native token $MRUN.

These coins can be used to play, earn and buy items on the NFT marketplace. Besides earning in-game assets, you will also be able to buy in-game items like skins and pets. The game also offers a variety of game modes, including PvP and PvE.

The game has an extensive artifact system where players can collect various artifacts to customize their characters. These assets can be upgraded and customized with native $GFTS tokens and in-game virtual currency.

Players can also join guilds and test their skills against other players in a multiplayer PVP mode.

The game is set in the future and is expected to release a closed beta on June 28, 2022. Metarun is a cutting-edge game that combines classic gaming elements and the latest technology.

Its gameplay is both traditional and cutting-edge, and the game will be played using the Unreal Engine 5 game engine. Its graphics are top-notch and the storyline will be thrilling. It also has a P2E economy which will redefine the idea of Play to Earn.

Whether you prefer to play the Endless-Run (PvE) mode or battle your friends in a race, there are several ways to earn in Metarun. There are also Trophies that can be earned through the game’s NFT marketplace. Here, we’ll explore some of the ways you can earn them in Metarun.

Metarun’s NFT marketplace is a great place for gamers to buy and sell NFT assets. NFT assets are used to upgrade the appearance and abilities of your character. Each character has a different rarity and price, and you can earn more money by getting rarer characters.

Players can also use Metarun’s NFT marketplace to lend their character skins to other players.

Metarun is a PvE/PvP infinite runner game that will launch on NFTb’s Launchpad in August 2022. It combines the features of traditional endless runner games with customizable NFT assets. Players will race across a series of obstacle courses and may encounter monsters, traps, and treasure.

Metarun is a fun and rewarding game that incorporates a non-custodial smart contract-powered feature.

It is the first P2E runner game to integrate a marketplace with non-custodial NFT. It is an innovative and user-friendly platform that combines conventional gameplay with NFT assets.

There are many rewards and challenges available in Endless-Run (PvE), Metarun’s competitive game mode. These include the ability to earn soft currency from completing missions and daily tasks.

The challenge increases as the player levels up, and players will need to constantly refine their skills to survive and win against other players. To help them achieve their goals, players can spend their soft currency on various items and upgrade their characters.

Metarun offers several game modes for players to engage in competitive gaming. Players can play the game solo or as part of a group. The game features two basic game modes:

Endless-Run (PvE) and Battle-Run (PvP). Endless-Run is a PvE mode in which players advance as far as possible while killing monsters in their path.

In Metarun, you will earn Trophies for different activities. You can upgrade your character, acquire NFT assets, and buy, sell, or lease them. These assets can help you increase your overall score and your character’s level. You will also earn different rewards based on the seasons and game modes.

Trophies are earned when you complete missions and races in the game. You will also earn Trophies and Trophy Road Cups, which will allow you to raise your league levels.

However, keep in mind that losing races will deduct your glory points, which will cause you to drop down a level. Metarun also offers two game modes: Endless-Run (PvE) and Battle-Run (PvP).

If you want to play a runner game in a crypto environment, Metarun might be the best option. It has high-quality graphics and a fun play-to-earn economy. It has 45 different characters, and you can customize them using the NFT skins. The game also has a strong community to help you unlock new perks.

How can you take control of your own finances to make investment decisions? 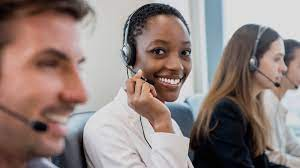 Gigabit Passive Optical Network (GPON) Market is poised to incline at a steady CAGR of 5.2% during Forecast 2022 to 2032