Sustained consumption of petroleum and lubrication products by manufacturing and industrial sectors continues to drive demand for jerry cans at a global level.

Despite emergence of intermediate bulk containers (IBCs) as a cost-competitive and space-conserving alternative, the demand for jerry cans remains healthy owing to high adoption by food & beverages and chemical industries. The global jerry cans market is set to exhibit a steadfast CAGR of 5% during 2022-2031.

Furthermore, intercontinental trade of petroleum, oil, and lubricants is expected to remain positive in the next five years, thereby driving sales of jerry cans.

Get Sample of the Report @ https://www.futuremarketinsights.com/reports/sample/rep-gb-5801

The food & beverages industry will remain the key end user of jerry cans, attributing to ascending demand for vegetable oil, juices, and milk.

Manufacturers are developing products to meet end users’ specific requirements such as their demand for premium grade jerry cans to sustain fuels at the desired temperature. These developments, on the backdrop of value creation such as cost efficiency, increased storage capacity, and sustainability of plastic jerry cans, allow customers to gauge substantial long-term benefits.

Plastic jerry cans account for over 85% of overall sales and would remain prominent in the global jerry cans market in next ten years. Metal jerry cans on the other side, will witness gradual demand.

Jerry can manufacturers are leveraging their in-house research, testing, and development capabilities to innovate products in the industrial chemical sector.

The industrial sector is expected to exhibit increasing usage of larger and higher-value containers such as customized jerry cans. Furthermore, the demand for jerry cans is anticipated to significantly heighten in years to come, as manufacturers as well as suppliers in the food & beverage products have been consistently focusing on raising their production bars.

Get In Touch With Our Team For 20% Flat Discount

Over the past several years, the food & beverages industry has witnessed astonishing growth in regions such as European and South Asian countries. Leading jerry can manufacturers are targeting these regions to capture a prominent market share.

Countries such as India, France, and Germany are leading milk producers, which create enormous opportunities for jerry cans manufacturers to strengthen their business footprints in these regions.

Rising industrial manufacturing outputs also support the growth of jerry cans market. In 2021, the Grief Inc. announced the expansion of its CorrChoice sheet feeder network with the addition of new jerry cans facility.

Future Market Insights, in its new offering, offers an unbiased analysis of the global jerry cans market, analysing historical demand from 2016-2021 and forecast statistics for 2022-2031.

The study unravels growth projections on the jerry cans market on the basis of material (plastic and metal), capacity (below 10 litres, 10-25 litres, and above 25 litres), and end use (food & beverages, agrochemicals, industrial chemicals, petroleum & lubricants, and others), across the seven major regions.

Request Customization of the report @ https://www.futuremarketinsights.com/customization-available/rep-gb-5801

How to stay safe and healthy during your daily commute 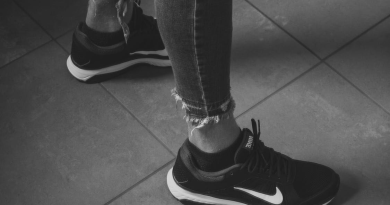 How to protect IP from infringement by others