The pandemic has dragged India’s petrochemical industry into extreme uncertainty as the demand outlook seems bearish even if lockdown restrictions are eased. Several downstream industries are likely to remain shut or work with less labor at reduced rates which would mean lesser consumption of petrochemicals and inventory pileups if plants run at full capacities. As a result, several players declared production cuts or temporary halts including both state-run and private players like Indian Oil Corporation (IOC), Bharat Petroleum Corp Ltd (BPCL), and Haldia Petrochemical Ltd (HPL). As per the sources, sensing the demand slowdown, IOC is planning to shut down its 800 KTPA cracker located at Panipat, Haryana. HPL has also closed its steam cracker and polymer units fearing rise in inventory levels. BPCL has also reported that the company has reduced the run rates of the refinery-linked petrochemical units in Kochi and Mumbai to less than a third. IOC is expected to be hardest hit by inventory losses as refinery operating conditions remained dull in Q4. Although overall performance of Reliance Industries Ltd (RIL) is likely to stay less affected due to continuous expansions in its consumer businesses, telecom and retail, refining performance in Q4 may show a decline due to lower refining margins. It is expected that BPCL may report a net loss of INR 552 Crore in Q4, while Indian Oil may incur higher losses at INR 2380 Crore. HPCL will witness loss of about INR 630 Crore in the final quarter of FY20 due to huge decline in marketing volumes.

Petrochemical industry being highly dependent on crude, might not incur revenue loss to the extent of that of feedstocks, however, the projected figure are close to INR 8500 cr. for the industry. As the nature of work is mostly contractual, the industry is set to downsize nearly 140-150 thousand workforces in the current fiscal, to counter the impact of revenue-loss.

Crude benchmark prices have nosedived to 18-year low with US WTI reaching negative for the first time in 40 years. While storage capacities are already overwhelmed with excess supply, sellers are now facing an intense pressure to sell-off their stocks at the lowest purchase price agreed upon by the buyer. Fall in feedstock price to such unprecedented low is consequential to the ugly outbreak of the pandemic COVID-19 which has dragged demand for the commodity to a near-zero level. This situation has been further aggravated by the price war between Saudi Arabia and Russia who have disagreed upon production cuts, leading to an over-supply in the international market.

Although this drop in crude oil prices would have little impact in stimulating demand in the short-run, downstream industries such as refining, petrochemicals, chemicals etc., might enjoy a temporary peak margin in their business operation during the current cycle. The downstream companies have an option to strategically and in an agile manner, shift their production lines to change product-mix as per the current market demand and capture higher margins resulting from spiked price differential between feedstock and finished products. But this position would be possible not before Q1 2021 whereby the recovery in demand is anticipated to take-on a U-shaped movement thereafter.

Amidst such crude price volatility and business uncertainty, Indian business are not prepared well enough to take on a sustained hit to their earnings and might look at options of downsizing. Economists and industry analysts are predicting massive unemployment during the year with highest ever layoff rates, going up to 30 per cent. Either the Indian government needs to collectively increase spending on providing a minimum wage to the workers or persuade employers to detest any de-staffing until the effect of pandemic subsides. Either way, it is high time that some sort of remedial measure be in place to tackle the gradually unfolding challenges to the Indian economy and to have a contingent plan to save the businesses from bankruptcy. Moreover, the plight of the badly hit Indian economy could be understood from the fact that it necessitated liquidity injection by the government in the form of “Atmanirbhar Bharat Abhiyan” offering a stimulus package of INR 20 lakh crore to the economy. This is a huge infusion almost to the tune of 10 percent of India’s GDP, a percentage high for any country to save and generate employment, create value and provide a safety net for the industries. But it is anticipated that even with this spending, it would take a collective effort to take the economy out of crisis. And petrochemical industry needs to tap into the situation by planning to withhold capex and increase overall efficiency of business by targeting alternate supply markets in the meanwhile. 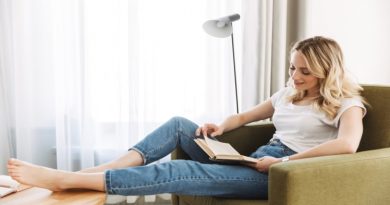 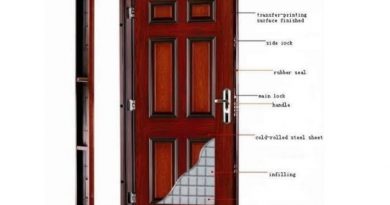 What to consider when buying a steel door in Kenya 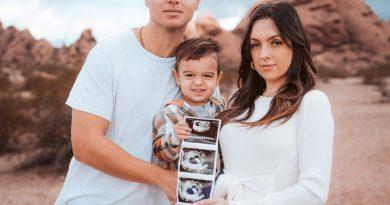