“A liberal on a conservative news,” Norman writes on Instagram and Twitter as @sarahevanorman (https://www.instagram.com/sarahevangelinenorman/). Sarah appeared on Fox Media for an interview a few months back, and after she finished, she released a TikTok with the caption “tonight (on Fox News) I couldn’t get to say everything I wanted to, but here it is.” She discussed how many people from blue states moved to red states during the pandemic. In that video, she also discussed how affluent homeowners and real estate investors use their political clout to keep housing prices high, causing many middle-class families to be compelled to flee their hometowns, further overcrowding an already overcrowded state.

In another video, https://www.instagram.com/p/CYMvrwDJeQK/,she discussed how many Americans are are choosing not to work right now “is proof that people weren’t paid enough to work in the first place,” and went on to argue increasing minimum wage. .

She then turned the conversation to the importance of immigrants in our economy saying “immigrants help our economy and we have actively been keeping them out of economy.”  She continues to be been seen Fox often fighting for immigration rights and minimum wage increases. She has a lot of informative clips from her interviews on her Tiktok account @sarahevangelinenorman, so go check it out and listen to her take on each interview. Or check out sarahevangelinenorman.com

I am grateful to her because she fights for fairness and delivers her position eloquently to an audience that largely hasn’t heard these views before.. In the future, stay tuned for more interesting posts 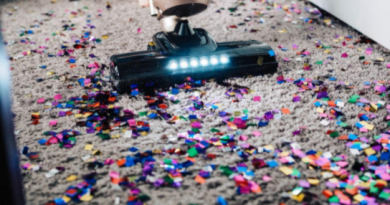 Why is Carpet Cleaning Popular in San Antonio? A Complete Guide