Health experts have been saying this now and forever – drink lots and lots of water. And, we firmly believe the same. Water is the purest and healthiest choice of refreshment you can ever have. It works to keep the body hydrated and ensures healthy living.

Plain water is indeed good for your health. But the growing health awareness has led this plain water to be made more enriched and healthful by boosting its hydrogen content, resulting in “hydrogen water”. The odds are that you would have heard at least once about hydrogen water, viewing the popularity it has garnered.

However, many are confused about whether hydrogen and alkaline water are alike or different. So, before moving to the basics of hydrogen water, we break down the difference between both.

In simpler words, the truth is that alkaline water and electrolytic hydrogen water both are the same. The final water that comes out of the ionizer is Alkaline Ionized Water or Electrolytic Hydrogen Water.

You can read more about alkaline water.

What Hydrogen Water Exactly is?

Even though the name sounds a little scientific, in easy words, hydrogen water is nothing but plain water with additional hydrogen molecules added to its formulation.

A safe, colourless, odourless, and non-toxic gas, hydrogen does not alter the water formula but strengthens the water to keep your body healthy and proper functioning.

Hydrogen-infused water carries the smallest known gas particle, letting it access every organ and cell in the body and providing antioxidant and anti-inflammatory properties.

Water molecules have two hydrogen atoms and one oxygen atom. Since hydrogen is bound to oxygen, usually, people believe that the body cannot absorb it effectively in plain water.

So, generally, it is thought that infusing water with extra hydrogen provides benefits that plain water could not offer.

How Can You Make Hydrogen Water?

Electric Water Ionizer – The best and most convenient way to relish hydrogen water is by using an electric water ionizer. An electric ionizer provides H2 in an instant. If you wish to get one, no other option is better than Fujiiryoki’s Hydrogen plus Alkaline Water Ionizer. It generates 11 types of water, including hydrogen, alkaline & acidic water.

Magnesium Tablets/Powders – You can prepare hydrogen-rich water using magnesium tablets or powders. Some tablets or powders can dissolve in water, producing an H2 reaction in a container. And others need to be ingested. Hence H2 is made in the stomach. Since our diet usually lacks magnesium, such tablets are safe to consume.

Magnesium Sticks –   When water comes into contact with a reactive form of magnesium metal in the stick, H2 is produced. One disadvantage of the sticks is that they do not filter the water. You may have to wait longer for the chemical reaction to occur in a small amount of water. Furthermore, there is no information on how long a magnesium stick can produce significant amounts of H2.

Hydrogen molecules fight off free radicals in your body that contribute to oxidative stress and protect your body from its impact. Free radicals are the major cause of inflammation and disease.

By the end of the six-week trial, participants who consumed hydrogen water witnessed lower levels of hydro peroxide, a marker of oxidative stress. They also managed to maintain higher antioxidant activity after the radiation session compared to the control group.

Benefit Those with Metabolic Syndrome

According to some studies, hydrogen water may have a positive impact on lowering oxidative stress markers and improving risk factors for metabolic syndrome. In one study, 20 people having metabolic syndrome were asked to drink nearly 1 litre of hydrogen-enriched water daily.

The results were much positive. Participants noticed a substantial drop in LDL, and total cholesterol and a fair increase in HDL cholesterol, antioxidant activity and a lower number of inflammatory markers.

Hydrogen water is one great antidote to boost athletic performance by reducing weakness and muscle weakness. When lactic acid builds up in the blood, people tend to experience muscle fatigue.

One another study of eight male cyclists found that men who drank 2 litres of hydrogen-enriched water daily had a higher power output during sprinting activities than men who consumed regular water.

There are many other benefits of drinking hydrogen water, and these are only a few. 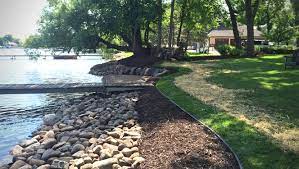 Exploring the drawbacks of Rip Rap 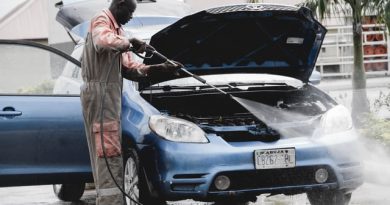 The Best Carwash for Your Vehicle