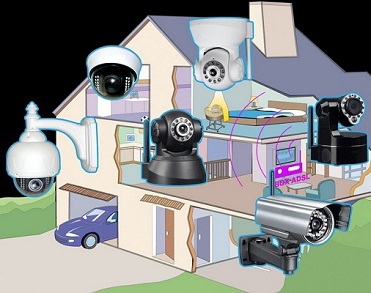 As indicated by the name itself, a security camera is a video surveillance device aimed at improving the security of your home, your offices or any internal or external space that requires special surveillance.

Why install a security camera?

Whether it’s protecting your home, a work environment or a public space, video surveillance cameras guarantee you a high level of protection. Their goal is to prevent theft and damage within the supervised area. A surveillance camera visible in fact indicates the existence of surveillance and is a deterrent for most intruders.

The security cameras also allow you to monitor the premises remotely thanks to the control monitor (or a Smartphone in the case of a connected surveillance camera). You can also entrust the surveillance of the images to a specialized company that will also take care of the installation of the security system and will intervene in case of intrusion.

In retrospect, the filmed images can also serve in the context of a police investigation, contribute to the identification of suspects or be used as proof of burglary or damage committed by others for your insurer.

How to choose the most suitable security camera for optimal protection?

In the market there are surveillance cameras for any type of use and in any price range. Here are the main criteria to evaluate to choose the camera that best suits your needs.

Internal or external camera: Both types of models exist. Opt for a camera with a high protection rating for outdoor use.

Night vision: The surveillance camera must be equipped with infrared vision to ensure visibility during the day as well as at night.

Sound quality: an audio recording without background noise can be important, especially for cameras integrated with intercom systems to communicate with visitors.

Easy camera installation: Wireless cameras and wireless IP cameras are the easiest to install. There are no cables to connect and hide, and you can carry out the installation yourself.

The design of the surveillance camera: When clearly visible, it acts as a deterrent; however, when it is more discreet, the camera runs less risk of being damaged.

The range of the motion detector: If your camera is equipped with it, check the detector’s range and its sensitivity.

Video storage: Some surveillance cameras store images on a cloud, others on a local server, an SD card

Autonomy and consumption of the video surveillance system: If your camera is battery powered, check that it has considerable autonomy. With a power supply connected to the electricity grid, the energy consumption of the camera can also be a criterion of choice, especially if the system works continuously and entails an important electrical expense.

Surveillance camera connected or not? If you have an internet connection with Wi-Fi on the supervised site, you can opt for a connected camera. In the event of an intrusion, you will be notified on your Smartphone or tablet and you will be able to monitor your home remotely through the application, wherever you have a Wi-Fi connection. Installing the connected camera is quick and easy.

Some surveillance cameras are offered with a subscription: this generally offers greater possibilities in terms of viewing and storing images. In some cases, intervention services in case of intrusion are also proposed.

The video surveillance camera, a key element of the security system

A surveillance camera is not necessarily used alone. It can in fact be part of a more extensive video surveillance system, including other cameras, a wired network, power supply boxes, a fixing system, a recorder, various monitors, etc.

For companies or individuals that need to monitor a large area, a security kit can allow you to increase the area covered by the video or to protect several access points. A kit generally includes several video surveillance cameras in Chicago, a recorder, one or more control monitors, screws and mounting brackets for easy installation, an internet cable and a power cord and sometimes other accessories such as a remote control or mouse.

A video surveillance camera can also be part of an intercom network. In this case, the camera is fixed to the outside, near the gate and the intercom, or in front of the door. Here, the camera allows you to identify visitors before letting them enter inside, along with the audio dialogue. Some companies have similar systems to control access to their offices. The video surveillance camera can therefore be located at the entrance or in the badge reading area.

A surveillance camera can also be associated with other equipment, such as a home alarm systems in Chicago.

. In this case, when the camera motion detector detects an intrusion, the alarm goes on, putting the intruders to flight and alerting the neighbors or the security personnel of the company. With a connected camera, you associate the local alarm signal with a notification on your Smartphone (and that of your loved ones if you wish). Your chances of reacting quickly have increased tenfold.

In the case of a connected video surveillance camera, your device can also be part of a home automation system that affects the home or offices. In the event of an intrusion, the home automation system can for example activate the alarm, turn on the lights and unlock the access routes to facilitate the timely arrival of the police or security service.

Rent a Limo for Your Next Big Event 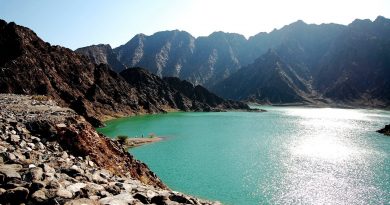 All About Hatta Trip in Dubai – Your Ultimate Guide 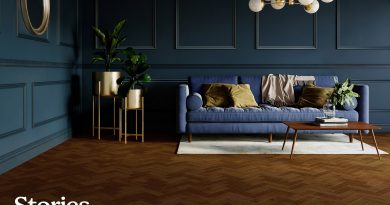 10 Ways to Add Value to Your Property

Violence Against Children – The Critical Issue for Global Development

Violence against children (VAC) has many facets from physical, sexual, and emotional abuse to neglect and deprivation. More than half

Why Should You Work With UK Conveyancing Solicitors