Considering modern software development standards, it is almost impossible to imagine the development process without the involvement of automation testing. Multiple testing processes help to ensure that you are providing the highest quality application to your customers. For instance, unit testing act as a foundation for the entire testing pyramid.

In the middle phase, comes integration testing. End-to-end tests form the top of this pyramid as they help to cover the most complex use case scenarios. In this article, our main focus will be Cypress testing to elevate the standards of a web application. We will also discuss some of the major aspects, features, and technical factors that you must keep track of during this testing process.

However, before getting deep into the world of Cypress end-to-end testing, let us have a general idea about some of the major drawbacks of the testing process.

The Drawbacks of End to End testing

So, considering all these errors, our other focus for this article will be to provide concrete solutions that can help you avoid all these obstacles.

The Basics of End to End Tests

These tests are basically workflow-based testing processes. Using this testing, the developers can simulate the user workflow while including as many parts of Technology and functional areas as possible. In simple words, we can say that the computer pretends to be a customer and tries to behave like a real user.  These steps are one of the best measures to put constant stress on the entire system or application. Using this process, the developers can analyze the workload balance of the web application and ensure its quality. While front-end testing ensures that all the functions and features of the application are working as expected, end-to-end testing ensures that these features are available to all the users irrespective of the use case scenario.

With proper priority, the developers can use End to end testing to significantly improve the quality of the application. Now, let us consider a Framework that can help you to implement the best features of this testing mechanism.

What Do You Need to Know About Cypress

We can define Cypress to be an All-in-One Automation Testing Framework that has no dependency on WebDriver or Selenium. It uses node.JS for starting a browser using special control. The developers can run the tests at the browser level and are not limited to only remote controlling it. Now let’s take a brief look at some of the advantages that are offered by this Automation Testing framework:

The installation of Cypress is the first step to get started with Cypress end to end testing. The first option is to install Cypress with npm. In case the developers do not want to work with npm, they also have the choice to install it with yarn. Another alternative is to directly download Cypress with the help of the zip folder that is provided by the official website. Now that we have understood how to install Cypress, it is time to discuss the initialization process. There are two ways that the developers can take to complete this process. The first method is to start the Cypress in a console and run the test in a headless manner. The second method is to use the integrated test runner that comes with Cypress.

One of the attractive features of Cypress is that on first initialization, it will provide certain predetermined sample tests. These tests can help the developer to understand all the features offered by it. One of the key areas that the developers must keep an eye on is the integrated tests section.

Cypress is built on top of the Mocha framework. So, the developers will find some striking similarities between the syntaxes of both these frameworks. Therefore, a developer who is familiar with Mocha will find it increasingly easy to get started with Cypress. When the developer runs the test in the Cypress test Runner, they will notice that it will automatically open a new browser window for testing purposes. Now that we have finished defining our first test, it is time to fill it with life using different commands and elements.

The developers must remember that there are two types of commands that are used in end-to-end test cases. Commands are used to represent all the steps that are present in the test case. While working with Cypress, the developers must remember the commands consists of everything that the Framework will use to interact with the browser. For instance, it consists of multiple actions like scrolling, right-clicks, left-clicks, and many others. So, we can easily say that commands are one of the most important areas that developers must keep track of. The get command is one such command that users will use very often. Developers use this command to return an element according to the selector. The developers can also use a chain of commands to pass on a subject from one command to the other.

Cypress has native support for a feature that helps the developers find the right selectors of the elements that they want to work with. In the Development Industry, this feature is popularly called the selector playground. It can not only help you to discover new selectors for your component but also find all the selectors that match your requirements. It can also perform a reverse search by finding elements or text strings that can match the selectors you have chosen. The developers can enable it by simply clicking on the crosshair icon that will be available in the header of the test’s user interface. Then, all you have to do is hover over the desired element.

Role of Tools and Platforms in Cypress End-to-End Testing

The complexity of end-to-end testing can sometimes be overwhelming for developers who are new to the segment. The easiest way to solve this problem is to integrate different test automation tools and platforms into your test bench. The popularity of these tools can be easily witnessed considering the thousands of options that are available in the market. However, you must not hastily make a decision as wrong decisions can negatively affect your testing capabilities. While making the decision you must consider all the parameters that are specific to your preferences and testing needs. This process can ensure that you utilize the highest potential of your available resources.

To further improve our understanding, let us use the example of LambdaTest in this discussion:

For beginners, LambdaTest is a cloud-based platform to ensure that your web application is cross-browser compatible. Cross-browser compatibility testing is critical to ensure that none of the available browsers negatively impact the performance of your web application. Using LambdaTest the developers can execute the Cypress test cases on cloud grid. This process eliminates the headache and hassle of maintaining a physical device testing lab. LambdaTest plays a critical role in drastically reducing the overall testing period by introducing parallel testing. Using parallel testing, the developers can initiate and execute multiple test instances simultaneously.  The test automation cloud of LambdaTest consists of almost all the popular browsers that are available in the current market. This ensures the highest testing coverage for the web application.

Considering all the points discussed in this article, we can safely conclude that Cypress’s end-to-end testing is one of the critical processes in modern software development standards. End-to-End tests are an integral part of CI as they keep the quality of the application at the highest level. They also help to reduce the work stress on the testers. Cypress is the tool of choice for thousands of developers due to its quick, stable, and efficient running of parallel test cases. Moreover, it also has a gentle learning curve. The new testers can also find all the code examples in the GitHub repository whenever they feel free to look. Web application development companies should also take a leading role in promoting Cypress in their work culture. 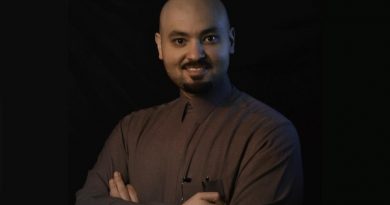 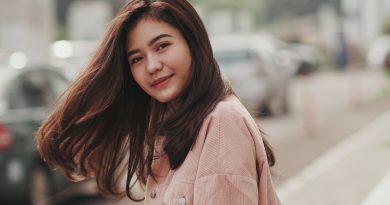 How Fuzzy Peaches Can Save Your Frizzy Hair