Twitch has taken live streaming to another level. With 15 million streamers each day, it has upended how people connect with the world and even make money along the way. And for viewers, it’s a new kind of experience, giving them access to a variety of video content like live streaming of gamers, talk shows, and music.

But its skyrocketing popularity has also given rise to a host of troubles. From mature content and violent acts to even cyberbullying, this Amazon-owned platform has become a hot topic in media for reasons other than its impressive streaming capabilities. And swatting has become the latest addition to a series of risks that are drawing increasing attention.

But what exactly is swatting? It’s when S.W.A.T. teams are sent out in response to a tip on a potentially serious event like a hostage situation, shooting, murder, or a bomb threat. But unlike in a typical such event, these tips are hoaxes and are often the result of a prank. They could also be the consequence of malicious intent based on, for example, extremist views, jealousy, or vengeance. The reasons could be many, but the result is usually the same. Armed teams break into the home of an innocent individual, pointing their weapons and ready to pull the trigger at a moment’s notice.

These are high-intense situations, which could even end up in death. And they can also place many people in danger and could be a terrifying event for anyone. And when it comes to children and the elderly, it could lead to damaging emotional consequences. It’s also an utter waste of law enforcement resources that could have been diverted to areas where they’re needed the most.

According to the FBI, around 400 swatting incidents take place every year. And the real culprits are not always easy to find. They often remain in hiding somewhere in the cyberworld, usually with the help of technologies like anonymous VoIP tools.

How to prevent swatting when streaming on Twitch

Twitch has become a breeding ground for swatting incidents in recent times. Live streamers are increasingly at risk of an unexpected visit by a S.W.A.T. team. And there’s a reason for that. Imagine having a team of gun-bearing police officers asking you to lie down on the ground in the middle of a live streaming session. Now, that’s prime-time entertainment for some people.

When the popular video game streamer Joshua Peters encountered swatting during live streaming, as many as 20-30 people on the internet claimed responsibility. Clearly, for some people, it’s something to be proud of, a kind of an epic prank that can make them privy to bragging rights in front of a massive live audience. For others, it’s a source of twisted pleasure as they watch a streamer humiliated in front of live spectators.

The bottom line is, swatting is a very real threat with horrifying consequences. So, if you’re a regular streamer on Twitch, you need to take note. But you could easily protect yourself with a few simple steps.

Live streaming will make it almost impossible to maintain complete anonymity as you broadcast in front of a camera. But you still need to protect your privacy, particularly when it comes to identifiable details like your contact number and address. Sometimes, information can slip when your guards are down. You could refer to a nearby restaurant or share a photo taken in front of a local landmark. All these minor details could be enough to set off a data trail that leads right up to your front door.

It’s not just what you share on Twitch that could put you at risk. Anyone curious can look you up on other social platforms like Facebook and Twitter. In a highly interconnected world, any bit of information floating around in the cyberworld would be enough to trace your whereabouts.

So, ensure you share with care wherever you are online. Set up your privacy settings to prevent unwanted prying eyes. Remove any revealing information that’s already available online. You can also hire a professional service provider to have your personal data removed from websites and databases.

Every device connected to the internet reveals an IP address that can be traced back to your geolocation. A cybercriminal, for instance, could easily hack into your network and silently watch your online activities using your IP address. But with a Virtual Private Network or a VPN, you can conceal this information and encrypt data, making it impossible to track your exact location. This can make it extremely hard for anyone looking to trace your IP address, whether to call the cops on you or to plan a hacking attack.

But select a reputed VPN service for extra assurance. While there are many free VPN products, the paid ones can likely assure you better safety and more server locations.

Protecting your devices is essential to avoid a hacking attack. So, ensure they are password protected. Avoid storing personal or identifiable information on your streaming devices and keep them safe with a reputed anti-virus guard.

But whatever the twisted reasons may be for initiating these unscrupulous acts, they shouldn’t prevent you from experiencing the remarkable joys of reaching a worldwide audience in real-time. Twitch has, no doubt, revolutionized the very idea of live streaming, making it an accessible and effective tool to create a large following, acquire fame, and even make money. And with the help of a few safety measures, you can set up protective barriers for a safer streaming experience. 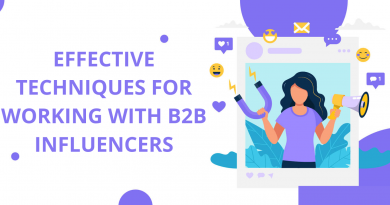 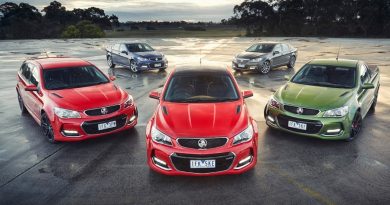 4 Types of Diecast Cars You Can Buy From Australian Manufacturers