The rapid pace of technological innovation is impacting all business processes. Small startups are competing with big companies for the first time because entrepreneurs now have the tools they need to turn creative visions into profitable enterprises. Many business owners are wrestling with exactly how to incorporate these inventions into their own diverse practices. Here are just a few ways that new technologies are changing the ways we do business.

Technology is bringing the world closer together. In the last year especially, we’ve seen the power of the digital world in forging connections. It’s doing the same for the business community. For example, text and in-app messaging are enabling the kind of rapid-fire communication that’s making time-wasting meetings and stressful customer service calls a thing of the past. An eWeek study showed that 80% of people are using SMS for business purposes now. In fact, even the tools we use at work are becoming more interconnected. This phenomenon is called the internet of things, or IoT. What is IoT? It’s the ability of devices to transmit and exchange data with other devices with no human intervention, and this unprecedented degree of automation is giving human workers the freedom they need to be creative and productive.

With more people doing business on the internet than ever before, the risks of engaging with the online world have also vastly increased. The good news is that tools for managing those risks are being created just as quickly. The major story in digital security over the past few years has been the emergence of blockchain encryption. Blockchain is a kind of secure database that holds information together in groups, called blocks, which are then chained together. The use of the technology in cryptocurrencies may be getting all the press, but the real impact is being felt through its use in ledgers for financial transactions. Online banking used to be terrorized by fraudsters; now, thanks to this new encryption technology, it’s safer and faster than ever.

The great strategist Sun Tzu once said “The line between order and disorder lies in logistics.” Business owners would certainly agree with that. Artificial intelligence and machine learning (AI/ML) is causing a quiet revolution in the planning phases of logistics. Through being able to gather and collate huge amounts of data and metadata, these applications can make better demand and inventory forecasts and can do it all with minimum human intervention.

Over the next few years, additive manufacturing (also called 3D printing) will make many logistical concerns obsolete by enabling the on-the-spot creation of products. Driving down the cost of logistics will have the knock-on effect of making front-end business processes far more efficient.

The same automation technologies empowering those supply chains are also increasing the efficiency of individual workers within a company. One unexpected boon to productivity has been the trend of working from home. A recent study concluded that remote workers only lost 27 minutes per day via distractions, compared to 37 minutes lost in the office. The reason for this is that workers are able to tailor both their environment and schedule to the way they think as individuals without sacrificing the team-building that’s so necessary to success as a company.

Technology is also optimizing workers themselves. As science makes strides in the areas of nutrition science, cognitive psychology and environmental health, people will be better able to optimize their physical and mental condition. The truth is that if we’re not the best we can be, our ability to succeed is limited. It’s the job of technology to help us break through those limits.

As progress continues to march on, the business world will have to adapt to these changes. Even so, it’s these very changes that are enabling success for forward-thinking entrepreneurs. Knowing what new technologies are emerging on the global scene is the key to success. 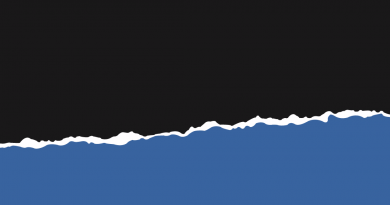 Sports handicapping tool to build a fortune? A guide for the beginners by Sportshandicapper100 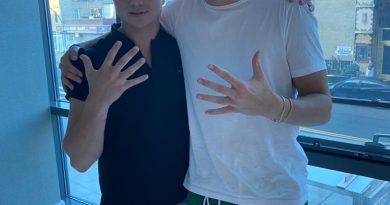 Jacob Golin: The Young And Talented Entrepreneur Is Scaling New Heights In Automation

Top 5 Cartoon Series To Watch On Netflix In 2020