Confidence in oneself has an effect on every aspect of life. People have a difficult time making meaningful progress in any and all aspects of their lives if they do not have it. It has an impact on all facets of our day-to-day lives, like a domino effect. If you have been taught that you are able to remain unfazed by adversity and that you can prevail, the chances are that this will be the case for you. On the other hand, the reverse is also true. If you have a strong conviction in yourself that you can do anything, there is a greater probability that you will really accomplish it and do it well. In a world that is becoming more complicated and unpredictable, having faith that you will be able to solve newly arising problems is frequently the deciding factor in determining whether or not you will make progress. TusharKansal, an accomplished finance professional, decided to give his self-confidence a life and founded his own company, Kansaltancy Ventures. Kansaltancy Ventures is a global investment management firm that specializes in making companies funding-ready and raising funds for them by leveraging its ecosystem, which includes a network of 1000+ global investors, including Angel Investors and Venture Capital Firms. Can you become successful if you have faith in yourself? We explore the answers to these and more questions below.

He created opportunities on his own

TusharKansal has handled senior Leadership positions in a variety of fields throughout his career, including Venture Capital (Brand Capital), Big 4 Consulting (Deloitte &Touche), and LSE-listed Sistema’s India subsidiary (MTS India). After completing his MBA, he established an educational organization known as “IITS – Institute of Innovative & Technical Studies”. The company eventually expanded to include offline brick-and-mortar centers, where a total of 800 students are educated each year. He successfully exited the company to a National player in the IIT-JEE Engineering entrance preparation space. In 2007, he became an associate in the Financial Advisory practice of Deloitte &Touche. He was then recruited by a company named Brand Capital, which was formerly known as “Private Treaties.” Brand Capital is the Venture arm of the “Times of India group,” which is the largest media organization in India (Bennett Coleman). It is the pioneer of an innovative business model that funds the long-term brand-building efforts of a company, allowing the company to focus its capital on building operations, distribution, and other key capabilities that support the imminent growth trajectory. For a short period of time, he worked in the Central Treasury of the telecom “Aircel,” which is owned by the Maxis group in Malaysia and is valued at USD 5 billion. He was also in charge of the Debt and Treasury activities for the Indian branch of the prominent Russian telecom corporation Sistema, which is listed on the London Stock Exchange (LSE). During these challenging times of regulatory overhang and public attention, TusharKansal was essential in obtaining USD 3 billion of loans for the corporation.

He served as the Chief Financial Officer (CFO) of the corporation “DLI,” which is owned by Guggenheim Partners and is worth USD 200 billion. He established Indus B2C Global in 2013, which is a Consumer B2C Startup that sells Hair Extensions. The early success of his startup was hindered by the fact that he lacked relevant work experience. He had the education and many years of experience necessary for the field of finance; therefore, he believed it was best for him to remain employed in that field. Therefore, he carried out the vertical integration of the company and handed over control of management to his co-founder. After that, he launched a consulting business under the name Kansaltancy Ventures. While working at Kansaltancy Ventures, he has assisted leading companies in the technology space (including EdTech, FinTech, Consumer B2C, B2B & D2C, AgriTech, Disruptive, Web3, Metaverse, Blockchain&DeepTech), in addition to companies in non-Tech sectors.

Tushar Kansal has an impressive academic background and immense faith in himself, all of which have contributed to his success as an entrepreneur. Through pure determination and hard work, he was able to achieve success in his professional endeavors, which led to him being the Chief Executive Officer and Founder of his own company, Kansaltancy Ventures. 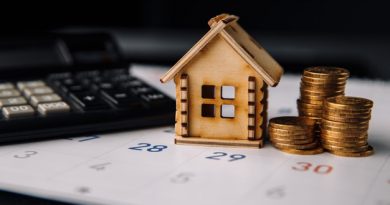 What Roles Does Property Lawyers Play In Mortgage Recovery? 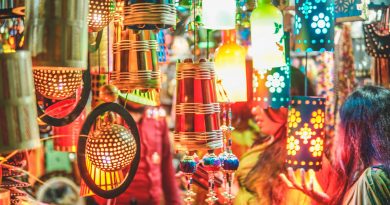 Gold vs Equity: Which is better when the markets are struggling?