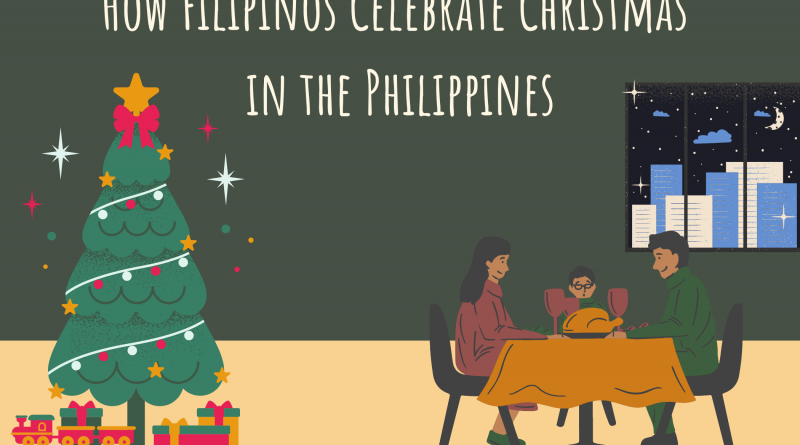 For Filipinos, the Christmas season starts as early as the month of September. By this time, people will start bringing out Christmas decorations such as parols, Christmas trees, and lights. Some may even be going to the mall already to start looking for gifts to give to their loved ones. Others may already be planning the logistics of their family reunion.

Aside from those, there are also a number of cultural practices done throughout the season, most of which stem from Christian beliefs. This includes attending Simbang Gabi and setting up a belen at home.

If you want to learn more about how Filipinos celebrate Christmas in the Philippines, read on!

Go To The Mall

During the holiday season, malls around the country put up dazzling Christmas decorations paired with a playlist of festive music. This is because Filipinos enjoy going to the mall during this season with their friends and family. Some use this as a time to bond with their loved ones, especially during non-working holidays. They can go to watch movies, eat at restaurants, or just walk around.

Others go to malls with a mission in mind: buying Christmas presents early. During the holidays, malls tend to be packed with people going last minute shopping for presents. This can make it difficult as mallgoers would have to deal with long lines and a scarcity of options to choose from. This is why some people opt to go to malls early.

In terms of Christmas decor, a staple in every Filipino household is a parol (Filipino lantern). A parol is a geometrically shaped lantern made of materials such as plastic, fiberglass, shells, or even paper. They are illuminated with the help of a light bulb found within it. What makes it special, besides its shape, is that it is usually made in a variety of colors. Once it is turned on, the colors illuminate any area it’s in. They can also be found in a number of sizes, some going as high as 20 feet.

As mentioned, parols and other Christmas decorations can be showcased in houses as early as the month of September. They will stay up even after the New Year has passed. After that time, they are stored again and used in the years to come.

Set Up A Belen

A belen is a representation of the Nativity scene, or when Jesus Christ was born. It is a type of Christmas decor used as a reminder of what Christmas really is, which is the celebration of the birth of Jesus Christ. It usually features the baby Jesus, Mother Mary, Joseph, and the Three Kings in the stable. As Christianity is a widespread religion in the country, the presence of a belen can be seen in a number of Filipino households.

To match the overall theme of their Christmas decorations, people also go shopping in malls and other places to look for a suitable belen. Some come in the form of tiny figurines while others are life-sized and can be put on the outside of a home.

Another religious practice during the holiday season is attending Simbang Gabi (also called Misa de Gallo). It is a series of masses that start on December 16 and ends with a midnight mass on December 24. The 9 masses are done in honor of the Virgin Mother Mary and in preparation for the birth of Christ. They are usually held early in the morning and are attended by devoted churchgoers.

After the mass, people usually treat themselves to the food stalls found right outside the church. More often than not, they will be serving Filipino holiday staples such as bibingka (baked rice cake with salted duck egg) and puto bumbong (steamed purple rice cake with coconut shavings and brown sugar).

Before opening presents at midnight on December 25, Filipinos first enjoy a delicious banquet called Noche Buena. In the Philippines, the love of food is used as a way for families to get closer to one another. And what better way to do so than by enjoying a grand Noche Buena before exchanging presents?

Just as there are staples in terms of Christmas decor, there are also staples in terms of Noche Buena dishes all around the Philippines. The first of which is keso de bola (Edam cheese), which is usually cut into slices and enjoyed with a piece of pandesal (bread roll). It can also be enjoyed with a piece of smoked Christmas ham. And for it to all go down smoothly, Filipinos usually drink a thick hot chocolate made with tablea or tabs of fermented cacao beans.

These are just some of the ways that people celebrate Christmas in the Philippines.

When the -ber months begin, people will start bringing out Christmas decor such as parols and belens. Malls will also start becoming packed as people buy Christmas gifts and families and friends go around together. For the religious, Simbang Gabi is a sacred practice to honor the Virgin Mother Mary and the birth of the baby Jesus. And, of course, no Filipino Christmas is complete without delicious food served during Noche Buena.

Elaeis Guineensis (Palm) Fruit Extract Market is Likely to Register a CAGR of 6.1% During the Forecast Period 2022-2032 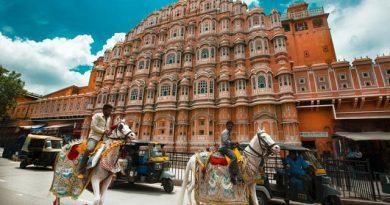 How to Get 5 years Long Term Indian Visa