A breakdown of the marriage that ends with a separation or even divorce is for many something difficult and devastating, but it does not have to be that way. It is important to remember that the law can cover each situation depending on your specific circumstances.

Having made that complicated decision to end the marriage, some questions arise such as: What do I do to file for divorce? What about custody of my minor children? What happens if we do not agree on the division of our assets? There are several types of divorce or separation that adapt to each specific need, and we will analyze them below.

If it is by mutual agreement or in a friendly manner:

First of all, it is not always necessary to go to court: in certain cases, divorce can be perfectly processed extrajudicially, which is colloquially known as “express divorce”.

If the marriage is still recent, the Voluntary Jurisdiction Law is a way of processing separation or divorce reserved for requests by mutual agreement between the parties and provided that there are no minor, non-emancipated children or with judicially modified capacity that depends on it. of their parents.

The latter is a fast and inexpensive way through which spouses can separate or divorce after three months from the celebration of the marriage. To do this, the notary goes to grant a public deed, personally and assisted by a lawyer, which must unequivocally state your desire to separate or divorce and the measures that will govern the effects produced by the separation or divorce.

These effects must include those agreements on the attribution of the use of the family home, the pension to which one of the spouses may be entitled due to the imbalance caused by the rupture and liquidation of the economic regime.

On the other hand, there is the judicial route. Despite what you imagine, this option can be quick, simple, and inexpensive, with the presentation of the claim and the regulatory agreement being sufficient for its subsequent ratification in the Court of the last family domicile. In addition, it has advantages such as lower costs, by allowing both spouses to act represented by the same attorney and defended by a single lawyer.

What is a contentious divorce?

In a contentious divorce, it is only one of the spouses who files the lawsuit, so it will not be accompanied by a proposed regulatory agreement. However, it will be necessary to indicate in the same the measures that must be adopted with respect to the custody of the children, the visitation regime, alimony and compensatory pensions and the use of the family home, so that they are established by the Judge in the sentence decreeing the divorce.

This procedure is longer and more expensive and will be followed according to the procedures of the verbal procedure, although with specialties. Once the claim is presented, and answered by the other spouse, the judge will summon the parties to a hearing, to which they must appear with their lawyers and attorneys. If there are minor children, the Public Prosecutor will also be part of it.

Once the hearing is held, the judge will issue a sentence decreeing the divorce and establishing the measures that will govern the relationships of the spouses, as well as those of the spouses with their children; and will order that it be registered in the Civil Registry. You can also request your registration in the Property Registry or in the Mercantile Registry if either of the spouses is an entrepreneur.

Can you go from contentious to an amicable divorce?

There is also the possibility of changing your mind in the divorce or separation process. If the spouses manage to reach an agreement during the contentious procedure, this can be transformed into a procedure of mutual agreement, that is, an amicable separation or an amicable divorce. This change is achieved through the preparation and presentation to the court of a regulatory agreement, in which both spouses must be ratified.

Hence the importance of being able to count on experts who advise adequately according to each circumstance, especially when superior interests such as those of children are involved, in addition to economic or patrimonial interests. 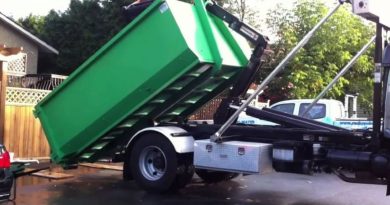 How Much Does it Cost to Rent a Dumpster in Greenville SC?

HOW TO PROTECT YOUR BUSINESS FROM OUTSIDE THREATS