Evidence-based medicine relies on clinical data conducted by companies such as Clinical Ink, to give guidance and make recommendations. There is, however, a difference in the quality of the data. As a consequence, pharmacists and pharmacy teams must evaluate the quality of evidence supporting claims of effectiveness.

Here is an article examining sources of evidence, different types of evidence, and study designs. Furthermore, pharmacists and pharmacy teams will be taught the precautions to be taken when using evidence-based practice, as well as the questions they should ask when using evidence-based practice to help their patients. These decisions directly impact the health of their patients.

The objective of clinical studies is to determine whether an intervention affects patients or the disease process. To minimize bias, the level of variation in the study is minimized. Randomized controlled trials are the gold standard in evaluating proposed interventions (for example, new drug treatments). The allocation of an intervention and the control (e.g., placebo or standard drug treatment) to participants is random in these studies, which minimizes selection bias. As in randomized crossover studies, the control group of participants may prevent interpatient variability from influencing the outcome of the study. Participants in control groups are exposed to the treatment and vice versa at various stages of the study, and corresponding outcome measurements are compared. The blinding of participants and researchers to the type of intervention further reduces bias in outcome reports and interpretations compared to open-label trials.

A systematic review involving statistical analysis can synthesize the results after sufficient studies have been carried out (also called a meta-analysis). For example, several interventions are compared indirectly in a network meta-analysis, even though they aren’t studied directly in the same trial but share a common comparator.

Observational studies – which don’t involve direct intervention by the researchers – can be used for some situations in which allocation of a suitable control isn’t possible (for practical or ethical reasons). For example, cohort studies involve the monitoring of a group of subjects over time (longitudinal) to determine whether any changes have occurred in the course of the observation. As an alternative, a cross-sectional study contains several subgroups representing a subpopulation of interest and provides a snapshot of their outcomes. Despite the lack of a control group, subjects exposed to treatment can still be matched with other subjects with similar characteristics such as age, health status, socioeconomic background but have not been exposed to the treatment. This type of study is known as a case-controlled study.

There are many places where evidence can be found to answer a clinical question. At least two authors independently compile the systematic reviews in the Cochrane Database. Furthermore, studies included in the review are assessed for quality and bias. Summaries of synthesized evidence presented in systematic reviews are also available from the Joanna Briggs Institute.

Once the relevant data sources are identified, the findings should be analyzed in more detail. Most questions asked about evidence can categorize themselves either as one of these or both of these:

However, the key is often buried within a long string of numbers and statistics; odds ratios, hazards ratios, relative risks, absolute risks, and confidence intervals may be expressed numerically. You can learn more about these terms through the following passage. A study (SPRINT) compared intensive treatment with control treatment to determine the benefits and risks of reducing blood pressure in hypertensive patients when compared with a randomized, controlled, open-label trial.

There is a great privilege in having access to multiple quality sources of evidence that can inform clinical decisions. The study of a sample, as opposed to the whole population, is essential because the findings of the trial should be considered to what extent the findings are representative of the entire population. Consequently, results are typically expressed as statistical probabilities, with a high level of confidence, a relatively narrow confidence interval, or a significant P-value if the same intervention is applied to the population.

Moreover, risk factors such as bias, data validity, confounding variables, conflicts of interest, and publishing bias need to be considered. Therefore, before drawing conclusions and giving recommendations to patients, it is generally best to examine evidence from a variety of sources. 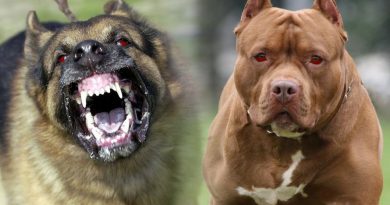 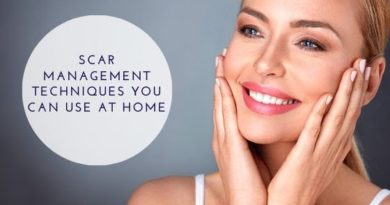 Scar Management Techniques You Can Use at Home