Having produced for artists like GLC, Chevy Woods, King Chip, and more, along with GLC’s advice, Anthony “Ajdaguru” Sledge has learned a lot about the music industry over the years.

Inyaearhiphop is an online hip hop music and media blog. It was launched in 2014 by music producer Anthony James Sledge (Ajdaguru). The blog is famous for producing hip hop-related music and content. This website also features interviews with celebrities. They usually cover the news related to the music industry.

In 2013, Anthony and another music rap legend GLC collaborated. Due to AJ’s musical talents, the Chicagoan decided to work with AJ on a project named Ism Churchill. Then they got published on great platforms like Complex, HipHopDX, Hotnewhiphop, and many others. Then AJ decided to start a blog of his own. This music blog helps him connect with artists worldwide and provides artists with a platform to share their ideas.

In 2014, the producer then launched Inyaearhiphop.com.  Through this website, he used to take interviews of the artists such as G Herbo, Lil Uzi Vert, Post Malone, and more, all while keeping fresh content on Inyaearhiphop‘s Instagram page.

Anthony grew up in a household where playing music was a favorite thing. His mother, Tywana, likes to listen to music all the time. His mother’s love for music drove Anthony to become a part of the hip hop culture. Anthony connected with his old friends throughout his teenage years and formed a music group named CBC (Crazy Beats Crew).

The group produced, performed, and expressed their music throughout their high school years and received much love from fellow students. This appreciated Anthony more towards working for music. He wanted to get recognized at the international level.

After graduating from high school, Anthony started taking music production seriously and locked himself in his home studio. He stopped eating or sleeping for days at a time. At the age of 28, his hard work pays off as he was able to steal his first significant placement with frequent Kanye West collaborator GLC (rapper). With a co-sign from hip hop rapper GLC, Anthony was now ready to elevate his career to the highest level.

Inyaearhiphop has conducted interviews with celebrity musicians such as G Herbo, Lil Scrappy, TM88, and Erykah Badu. An additional interview Inyaearhiphop had done with Lil Uzi Vert. In this interview, he discussed his favorite clubs and the experience of his sold-out show, and his love for fashion week.

Over the years, Anthony, with the help of writers, kept the site updated daily with fresh news, music, videos, and interviews. Anthony and his team’s hard work did not get unnoticed as major rap artists such as Dej Loaf, Cardi B, Rick Ross, DJ Khaled, and others started to support the blog by showing love to Inyaearhiphop social media pages. The song of Ajdaguru ranked at number 43 on iTunes Top 200 charts. Check out his Instagram and explore his best music. 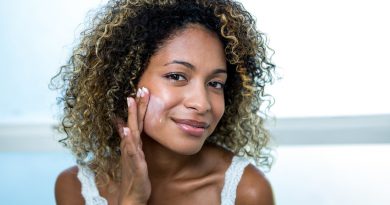 Carbomer in Skincare Products: The Facts You Need to Know 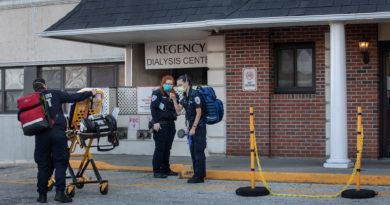