Christian hip-hop has many names, including Holy Hip Hop, Gospel Hip Hop, Gospel Rap, and Christ Hop. Regardless of what you call it, the basics are the same. Christian rappers use their music as a source to share their faith and religion. Unlike mainstream rap, which frequently glorifies drinking, rage, and harsh impressions, Christian rap focuses on The One who can free you from all the negatives of life.

Christian hip-hop has an incredible potential to be used as a source to teach doctrine, lead people to the path of worship and praise the Creator. Since the late 1980s, many artists have used it for the same purpose; to evangelize, teach, or encourage others. A term for a new category of music and ministry, Christian hip-hop (CHH), was coined.

To date, many radio stations have started streaming Christian hip-hop music. Vic Padilla founded Holy Culture Radio (HCR) with the same intentions in 2003. The platform is owned and operated by James Rosseau Sr.’s non-profit organization, The Corelink Solution, which aims to empower people to reach their potential.

Initially, Holy Culture Radio became the most talked about show and was only broadcast live on the internet. But in 2004, Padilla launched a website where his popular mix shows could be offered 24/7 to the masses in a pre-recorded version. Further, Padilla launched an online store a few years later called HolyCultureDownload.com, where consumers could purchase Christian Hip Hop MP3s, along with the Holy Culture Record Pool (now called Kingdom Affiliates and owned by DJ D-Lite, a host on Holy Culture Radio) to allow DJs to have access to CHH at scale. Holy Culture Record Pool is a music distribution method allowing DJs to receive promotional music to play on different media outlets such as internet radio, podcasts, AM/FM radio, satellite radio, Christian cafes, or concert venues, etc. It is an essential resource for indie artists and record labels. In 2008, Padilla partnered with James Rosseau Sr., founder of The Corelink Solution, which Holy Culture became a part of over time.

In 2009, Padilla decided to exit Holy Culture Radio. By 2018, Rosseau exited his corporate roles to focus on the non-profit re-energizing work for both the Corelink Solution brand and Holy Culture Radio by launching a mobile app that offers everything that Holy Culture does. In early 2022, he was joined by Max Goldman, who took up Holy Culture Radio’s operations manager position.

The Holy Culture brand has become a staple in the Christian hip-hop community. Its mission is to promote Christian values, Christ, and lifestyle through Christian hip-hop and R&B media. On April 21, 2022, HCR expanded its digital radio to a full-time edutainment channel (154) on SiriusXM radio that plays faith-based rap and rhythmic music combined with empowering conversations.

This expansion allows HCR to retain its base while attracting listeners of Gospel and Contemporary Christian music, nearly 53 million people each week. It attracts passion-seekers and aspiring African Americans, particularly those in the 13-34 age range, urban progressives, and purpose-seekers.

HCR is programmed to focus on the themes of Faith, Arts, Vocation, and Education (FAVE). It unifies these essential three things the audience usually looks for: connection to popular culture, success in their careers, and connection to their faith. HCR acts as an amplifier of awareness, a portal for tools that helps in the creation of a community and movement that facilitates people to find their inner selves.

HCR is looking forward to partnering with like-minded organizations that share the same values and target the same audience. Together, it aims to amplify their impact and support more people in finding and living their purpose.

Pallet Pooling Market Is Expected To See a growth of 6.1% | Future Market Insights 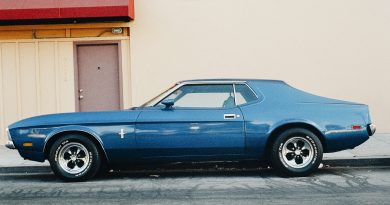