Coliving as a concept and a practice has been in use for as long as mankind has been able to communicate. Humans, by default, are social beings and crave connection and community. Coliving offers that while still helping maintain personal boundaries and space.

Around the world, the origins of coliving only differ slightly. To some people, it might seem like Coliving is a new trend designed to help people save money on accommodation, but it existed before money was even a measure of value.

Coliving is defined as a residential community living model where three or more biologically unrelated people live together in the same dwelling. It is an intentional community in which similar people with shared values or intentions make their homes. People generally turn to coliving to provide comfort, affordability, and a sense of belonging.

Coliving sounds like a whole lot of fun! But is it really fun?

If you are looking for an affordable housing option like coliving, here are a couple of suggestions to get you started. You will also enjoy reading our summary about the history of coliving and how coliving has evolved in the United States.

A Brief History of Coliving in the U.S. by Period.

This is really not part of the timeline of the United States, but it is included to give a brief overview of how coliving started and what it looked like when it started.

Long, long ago, humans were hunter-gatherers and lived in large, nomadic camps. They relied on each other for food, protection, child care assistance, and everything else.

Around 10,000 BC, the agricultural revolution happened, and people began to grow their food. This, while allowing them to settle in more permanent dwellings, did nothing to break the coliving community. This is because humans have and still crave interaction and community.

This model of coliving continued on and off throughout the years that came by.

The modern origins of coliving in the U.S. can be traced back to the boarding houses of the 19th and 20th Centuries. A boarding house is a house in which people (lodgers) rent a room or more than one room on a nightly basis or for extended periods (weeks, months, or years). Boarding houses were created out of a deep need for shared housing to cut costs.

The owners maintained the common areas of the house, and some services, like cleaning or laundry services, were supplied. Some boarding houses provided meals as well as accommodation, something they referred to as “room and board”, a term that is still used today across college campuses in the country.

The rise of the boarding houses began in the early 19th Century and continued up until the 1950s and was precipitated by large numbers of young people looking to “strike out on their own” and by people who had to move to find work to support their families. One of the important historical events that precipitated such a move was the Gold Rush.

Many of these people looking for gold found their accommodations in boarding houses. Boarding houses ranged from houses built for the purpose to families who let out their extra rooms as a way of making money to supplement their income. As wealthy families moved to more fashionable neighborhoods, their large houses were converted to boarding houses.

If you think that the only people who used boarding houses were poor, single people, you would be wrong. The boarders ranged from poor laborers to thriving businessmen and single men and ladies to whole families.

Boarding houses saw a steady decline from the 1930s as urban reformers began working to develop cities, and improved mass transit options (buses, trains, trams) made it possible for people to live in the suburbs and commute to work in the city. In the 1930s and 1940s, boarding houses were no longer seen as respectable places, and the steady decline progressed even further. By the 1950s, there were very few boarding houses in the United States.

In the 1960s, young people across Europe and America were swept up by the desire to forsake the normal way of life- nuclear family life- and pursue alternative lifestyles. Some of these youth came together because of what they believed; they believed in peace or wanted to live away from the strict gender roles defined by the generation before them.

These communes were built out of a deep need to be around people that shared the same or similar values or belief systems and work together to build something solid, as opposed to the need for shared housing.

Coliving in the 21st Century is driven by the need for shared housing to mitigate costs. The cost of living in large cities is high (depending on the city), and while it is possible to live in the suburbs and commute to the city, most people do not want a long commute to and from work every day.

Their solution is to find a co-living space where they can live and work with people of like passions and enjoy comfort, community, and share experiences.

A precursor to the coliving spaces we have now is hacker houses. Hacker houses were built in the early 2000s with the advent of the Internet and mainly served teams of computer engineers living and working together to build tech startups. Living together helped spark their creativity and increase their productivity.

The evolution of coliving from prehistoric times to the 21st Century is an interesting read. It gives you the confidence to try out a tested and trusted staple of the human living experience in a new and modern way, building new relationships and exploring new experiences.

Now that you know the history of coliving, why not give coliving a try? 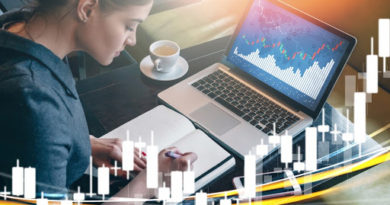 Why do you need to maintain money management strategy in Trading?

Summer time: benefits of having SUV with trailer