Project Helium is poised to revolutionize Internet of Things (IoT) device connectivity through blockchain technology. Andreesen Horowitz has just invested in HNT, the native token, whose market capitalization is already above the $2 billion mark.

There is a possibility of investing in the Web 3.0 theme through crypto-currencies. Among them, Helium (HNT), whose price has risen by more than 1500% over the last 12 months.  What is the Helium Network? How does the Helium HNT cryptocurrency contribute to the network ecosystem? How is it possible to participate in this project and invest in the HNT token?

What is the Helium Network?

In our everyday life, we use Wifi and 4G networks (soon 5G) to watch videos on YouTube, access our e-mail box or consult applications on our mobile phones. But connectivity is not just a top priority for individuals and businesses. Many objects – parking meters, traffic lights, scooters, etc. – are now connected via IoT (Internet of Things) devices. However, cellular data plans can be expensive, and items may not be able to connect to the nearest restaurant WiFi network. One solution: a wireless network specially designed for all these connected objects.

The blockchain has allowed the decentralization of a large number of functionalities. One of them, very interesting, consists in decentralizing the wireless networks.

The idea is to build a blockchain-powered network for Internet of Things (IoT) devices. It is a distributed global network of “hotspots” that creates long-range wireless coverage for IoT devices. This network, which is decentralized and “open-source”, is called LongFi and is based on public access points LoRaWAN (a point-to-multipoint networking protocol).

Intended for companies that develop uses in the connected home, in the monitoring of assets and animals, or in the collection of data from infrastructure sensors, this network is built thanks to the marketing of hotspots to individuals – hence the name “The People’s network”.

Indeed, it is possible for most individuals to contribute to the network by installing a Helium Hotspot in their home via a relatively simple and inexpensive device. Hosts receive HNT (“Helium Network Token”), Helium’s native blockchain cryptocurrency, when their hotspots provide coverage and transfer device data. The more IoT devices connect to your Hotspot, the more tokens you will receive.

A Helium hotspot is required to build a network, but it can also be built using free software and off-the-shelf hardware. Using a wireless technique known as LongFi, thousands of hotspots can be connected over miles in radius. Helium’s LoRa technology allows data to be sent wirelessly over vast distances with minimal power consumption, but at very slow transmission speeds of just a few kilobytes per second. These hotspots therefore differ from traditional cellular networks by using different standards and frequencies.

Is it profitable to participate in the Helium network?

The price of hotspots can vary slightly depending on the manufacturer, but a Helium hotspot costs between 350 and 495 dollars, shipping included (note that a Chinese manufacturer, RAK Wireless, will market a version of this device at 249 dollars). As far as running costs are concerned, they are negligible as the device is extremely energy efficient with a consumption of only 5W. You have to deal with a high-quality device like MNTD Miner but don’t worry as you can buy MNTD Miner online.

On the revenue side, location is everything. Keep in mind that you are exploiting HNTs to provide network coverage, so placing two hotspots next to each other is unnecessary. A single hotspot pays very little on its own, but if there are only one or two other hotspots in the area with which yours can be linked, the profits from “mining” are greatly increased. However, certain rules must be applied, such as maintaining a distance of 300 meters between two hotspots. The more connections and therefore network coverage there are, the more HNT your “mining” (via the Hotspot) will yield.

The chart to the right estimates the time period needed to earn a return on your investment in a hotspot (based on the current price of HNT and the current number of hotspots around the world). This is an average salary; indeed, this profitability calculation strongly depends on the position of the hotspot – a calculation refined by the blockchain and the Proof Of Coverage. 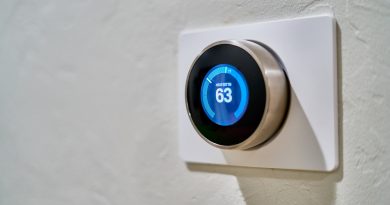 The Advantages of Owning a Smart Thermostat 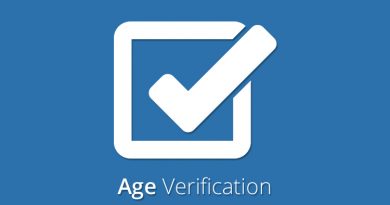 What’s At Stake When It Comes To Online Age Verification?

How to Fix Connection Timed Out Error Message?