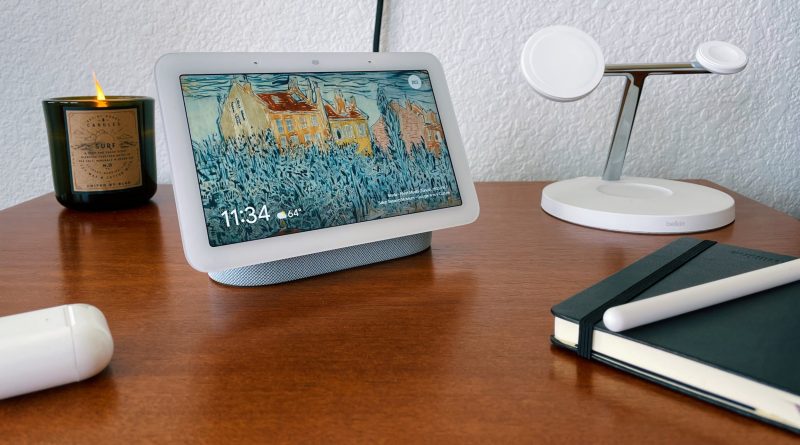 Activity bands are excellent for monitoring a night’s sleep cycle. Unfortunately, one is required to keep the wristband on the whole night – it can cause a lot of discomfort, right?

Fortunately, several other ways can help you track your sleep. Different devices use different mechanisms; for instance, some can do it by simply popping in your ears, while others could be sliding under the sheets to get similar data.

But wait, did Google make a really dedicated sleep tracker?

For several years now, Google’s Nest Hub has been the real deal for most folks, but the newly revised model (second-generation) is the perfect excuse for most individuals to reconsider.

At first glance, it can be confusing to identify this second-generation Nest Hub because it’s merely a perfect match as the first version. Its exterior remained exactly similar, while the inside got a little different with a faster processor as well as a Soli sensor that adds the sleeping sensing feature.

Let’s do away with the small talk. So, if you own the current Nest Hub, should you be wondering whether you need to upgrade to generation two? Probably not!

Perhaps, there are a few differences as well as abilities, but if you only want sleep sense, then you might not want to upgrade.

On the other hand, if you’re on the market looking for a brand new smart display that will help you control items in the house as well as watch videos, then this could be the device for you.

How Does It Work?

The most intriguing feature of the new Google Nest Hub is the ability to track sleep perfectly and watch videos – it’s arguably the only noticeable new feature, after all.

Not only that this sleep tracking feature is new, but also, it’s done in a merely unbelievable way. The model uses a Soli sensor to detect motion as well as microphones to listen to any specific sounds.

Interestingly, there’re no cameras watching; however, the sensor is able to pick up depth as well as to object thanks to the radar technology.

It’s not the first time that Google has put the Soli sensor into action. First, they were used in Google’s Pixel 4 phone to help individuals skip songs and snooze alarms by only waving their hands, no touching the phone.

Also, it included the Soli sensor in their latest Nest Thermostat to help control the device from a distance.

So, how does passive sleep tracking come about?

The idea is that they track the sleep of an individual closest to the display. The motion sense uses low-energy radar and detects breathing and movement. Moreover, the sensor can detect sounds, such as coughing and snoring. Also, environmental factors like temperature and light in the room are also detected.

Sleep sensing not only determines the time when you entered your bed and the time you’ve been asleep but also your sleep quality. Once you set up your sleep sensing, all that you need to do is to sleep in the spot that you configured – just as usual. The next day you’ll start to get the sleep results.

Sadly, unlike the expectations of many, this Nest Hub doesn’t have a webcam; therefore, it can’t be used for online meetings or videoconferences. Of course, the idea that it has been designed for bedroom use could have been the major deciding factor to leave out the camera.

Besides, audio is processed on the Nest Hub only and not sent to Google; moreover, for additional privacy, you’re free to customize your sleep settings. For instance, you could only set your device to record sleep disturbance scenarios like snoring and coughing.

This sleep sensing device works only for one individual and should be placed on the nightstand just within a few feet of your bed to work properly.

Is Your Privacy at Stake with Google Nest Hub 2nd Gen?

Internet computer security matters today more than ever. And, there’s no denying that the device will capture a lot of personal data, and therefore, it invariably raises a lot of concerns around anonymity and privacy.

However, according to Google’s hardware team, they have made it clear that the data will strictly not be used for targeted ads and that only anonymized sleep data will be stored securely on Google Cloud.

How about the relationship between Google and healthcare?

The team might have promised privacy of data, but it’s true that Google’s track record in healthcare has not been one to smile about. In fact, there have been a lot of controversies that from a different angle are questionable.

For instance, in the “Project Nightingale” operation, there was a secret transfer of personal medical data of more than 50 million individuals to Google. The data included details such as addresses, names, medical conditions, date of birth, hospitalization history, and lab records of American individuals.

Google was granted full access rights, and interestingly, neither patients nor the doctors were informed about such a transfer.

As if that’s not enough, in 2017, another transfer took place, whereby over 1.5 million patient records were transferred in the UK to DeepMind Health, which is a Google subsidiary that works in artificial intelligence.

So, here’s the thing; there’s no denying that Google’s intention is clear – to help users live happier and healthier lives. Unfortunately, it’s unclear as to why Google goes as far as breaking the rules to acquire healthcare details.

So, is our health data safe?

Clearly, there’s no confidence in a “yes” answer because the ultimate purpose for Google acquiring such data is unclear. Moreover, there are question marks as a result of the lack of regulatory standards in healthcare devices.

Nevertheless, Google has a lot of data at its disposal, and maybe all that can be done is to trust Google that it never compromises personal data. Moreover, its Nest Hub second generation is something that has brought something interesting to the sleep tracking world – it’s something worth a try, especially given that it’s priced at around $99.99. 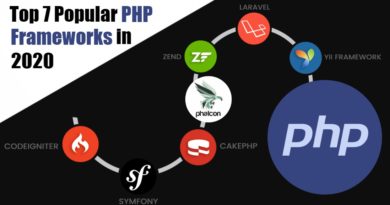 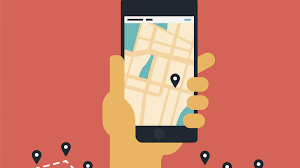 Android Monitoring Software for Your Kids