Ammonia is a colorless compound that has a pungent odor. It is made from hydrogen and nitrogen and can easily dissolve in water to form ammonium hydroxide solution. This solution can cause irritation and burns to the human skin.

In 2016, the size of the global ammonia market was approximately USD 48.65 billion. Since then, there has been a steady rise in the demand for ammonia, especially in the fertilizer industry. This may boost the growth of this industry.

The U.S. market has been forecasted to increase to a CAGR of 5.2% by the year 2025. The U.S. is one of the major producers of ammonia across the globe. The demand-supply ratio of ammonia is expected to grow. This is because the level of capacity addition is more than the consumption, which may result in reduced utilization rates.

The ammonia industry can be divided into three components based on product form: powder, gas, and liquid. The liquid form dominates the market when it comes to revenue. In 2016, it had a share of over 45%. The increase in ammonia demand may boost the ammonia market over the next few years.

Another widely used kind is anhydrous ammonia which is the purest form of ammonia. It does not contain any molecule of water. This is a pungent gas that has suffocating fumes and is mostly used as a fertilizer. Ammonia is compressed into a clear and colorless liquid to be used as an agricultural fertilizer.

The major use of ammonia is in the agricultural industry. Ammonia market analysis states that this segment dominates the global market. It had over 40% share in the year 2016. Ammonia is a major source of nitrogen and is an important element for the growth of plants.

Ammonia is also used in agriculture as it reacts with organic matter, clay particles, free hydrogen ions, as well as soil water. Different factors that have led to an increase in usage of ammonia are the texture & structure of the soil as well as the method used for the application. Other industries that use ammonia are textiles, industrial & household cleaning, pharmaceuticals, food and beverages, water and wastewater treatment, metallurgical processes, rubber, leather, and pulp & paper.

As of 2016, Asia Pacific is one of the major producers as well as consumers of ammonia. The largest ammonia-producing country, China, is expected to see an increase in CAGR by more than 6.3% by the year 2025. China mostly produces ammonia from coal gasification. On the other hand, other countries across the globe obtain them from natural gas. When it comes to production, China is closely followed by India as well as Indonesia. The capacity is expected to increase significantly across the globe in the next few years.

The ammonia industry is also witnessing a continuous downfall in prices on a global level. It is mainly because of the increasing gap in supply and demand. The increase in supply, as well as the decreasing demand, is one of the major reasons for the market gap.

Globally, the U.S. is another major producer of ammonia. The U.S. has more than 13 companies that produce ammonia at 20 production plants. Approximately 45% of ammonia is consumed in the nitrogen fertilizer industry. The remaining part is utilized for manufacturing resins, synthetic fibers plastics, and other chemical compounds.

The ammonia market industry is quite competitive and is witnessing a constant fluctuation in prices. This can be seen by the presence of several global and regional market players. The increase in the production of ammonia may significantly boost the market size of ammonia over the next few years.

Shubhi Gupta is a professional writer, blogger who writes for a variety of online publications. She is also an acclaimed blogger outreach expert and content marketer. She loves writing blogs and promoting websites related to SEO, Guest Blogging, education, fashion, travel, health and technology sectors. Check out my Travel Videos and Travel Blog. 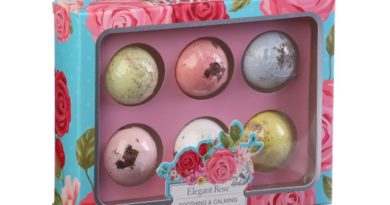 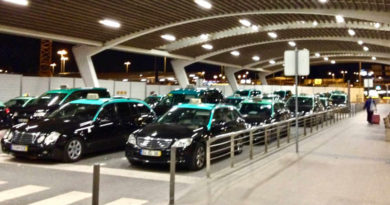 What is Corona Virus Impact On Your Car Insurance

May 10, 2020 Johnny Chen Comments Off on What is Corona Virus Impact On Your Car Insurance