You finished law school, passed the bar, and maybe you’ve already drafted a decent amount of contracts and other legal documents. However, brushing up on the rules and improving on what’s already there should never be put by the wayside.

While it’s true that these rules aren’t set in stone, there are a few principles you should always try to follow. Even if your document might be strong on the surface, misunderstandings can still happen. Drafting by these guidelines can reduce the chance of that happening.

Most legal documents follow a similar structure for a good reason.

A well-structured document can keep any ambiguity at bay. For example, contracts are usually structured in this fashion:

While a contract that contains only the sections that identify the parties and lays out the main terms of the contract is enforceable, an agreement like this would lack necessary details that describe what happens if, for example, the contract gets breached.

Similarly, the same philosophy can apply to other types of legal documents, such as wills. You wouldn’t want to write a will without adding in a part that contains a statement revoking previous wills or adding in a section with residue clauses. Every detail matters when it comes to structuring. Don’t avoid using the section mark just because you’ve forgotten the keyboard shortcut – you should always know how to quickly insert legal symbols into your word document.

Lawyers sometimes get into the habit of using legal documents as a platform to flex their legal writing skills. However, legal documents work best when they are straightforward.

This means that you should keep the legalese to a minimum and cut out any flowery phrases. If you have a choice to use a simpler alternative, always go for it.

Your goal is not to confuse but to present the information in a concise and clear fashion. The legal document you write should ideally be understood even by a layman.

You should also communicate more effectively and keep the word count to a minimum. For example, writing fifty percent is pointless, when 50% is easier to read. This also applies to legal-specific symbols such as a section mark or a pilcrow.

If you want everything to go as planned, nothing that you write down should leave any room for interpretation. A legal document, and especially a contract, should always be unambiguous.

Just one vague term that gets interpreted differently could spell trouble for your client, and nobody wants to go through the hassle of having a court interpret their contract.

If you want to avoid this from happening, you need to pay extra attention to each term. It also doesn’t hurt to have a definitions section that clearly states how each term used in the contract should be interpreted.

An additional layer of protection that can help you if the dispute does go to court is the recitals section. Here, more details on the background of the agreement are supplied, so if the judge does have to clear up the ambiguity, a background of the contract might provide the necessary context that lets them make the right call.

Contracts can often go awry, so you should always be prepared in case an agreement doesn’t deliver on its promises.

This is where being detailed is a must — the more details in your document, the less chance of the document being breached.

To illustrate this point, let’s say our previous example contract had a clause that stated:

‘’The Decorator must pay the Company the price of any piece of furniture damaged during the renovation.’’

While it does address a certain scenario, there are a lot of details lacking. For example, the decorator might not consider an office chair stained by paint as damaged furniture. Thus, just one extra sentence might help the agreement go down smoother:

‘’The Decorator must pay the Company the price of any piece of furniture damaged during the renovation. The Company in its sole discretion must determine the extent of damage on the furniture.’’

If the contract still ends up in a dispute, you should also define the conditions in which parties can terminate the agreement, as well as ways to solve the dispute out of court.

Extra tip: Review the contract multiple times before it gets signed. An excellent way to simplify the entire reviewing process is by using contract review software such as Loio legal software.

This legal assistant automatically tracks down every key detail in your contract and highlights it in your text. Reviewing a legal document with the help of AI is more manageable, and it helps you eliminate a lot of laborious back and forth that often happens when dealing with contracts.

Level up your drafting game

In a perfect world, contracts wouldn’t exist, and everyone would just stay true to their word. But unfortunately, that’s not the case. As a lawyer, it’s your job to protect your client’s interests. The only way to do that is by taking your drafting game up a notch.

Different types of legal docs need different requirements. Having an understanding of the structure of legal documents, avoiding legalese, and eliminating ambiguity offer a sure-fire way of keeping your client happy when it comes to creating any legally binding document. 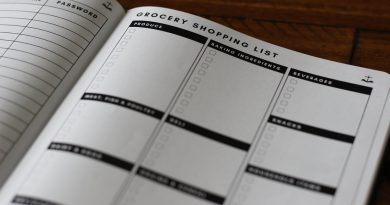