So, you’ve decided to turn your world upside down by moving to the Land Down Under. Moving is stressful enough – some say it’s more stressful than divorce. Moving to an entirely new continent is quite an undertaking.

Before moving to Australia, these are 7 things you should know.

Australia was colonized by the Brits. It was used as a holding place for prisoners.

The British have a very unique sense of humor. And some Americans would have a hard time understanding their lingo and cadence. Australia has a weird mixture of the two cultures in their comedy.

Before you make the move, watch some British shows and movies to get acclimated.

Australians have a colourful (spelled this way down unda’) use of vocabulary. Their slang is something you have to get used to, more so than trying to learn it.

A lot of is abbreviated and some look like Dr. Seuss concocted it. There’s no direct translation or book to read, it’s just something you’ll have to get used to hearing. Don’t be afraid to ask the locals what they meant.

3. Not Everything Is Out to Get You

The only thing that’s dangerous in Australia is not knowing the land. The continent indeed has a lot of venomous snakes and carnivorous wildlife, but so do most countries.

You don’t have to avoid going outside to stay safe – sunscreen might help – but be wary of the potential animals that lurk in the brush.

4. The Weather is Upside Down

The adage that Australia is upside down is almost entirely true. It’s also true for their seasons and weather.

You’re probably used to the Northern Hemisphere and a cool Christmas. But over in Australia during our winter, it’s just another beach day. Their summers are our winters; their winters are our summers.

The change has to do with the tilt of the earth.

5. They Drive on the Left

Look out! You’re about to crash. And it’s not their fault.

Driving in Australia, just like everything else, is a wee bit backward. Instead of cruising on the right side of the road, they commandeer the left. Be careful leaving the airport.

You might not be happy about this, but you’re going to have to give up the Imperial System. Your feet (not those attached to you), inches, and miles all need to be converted. Your weight and temperature also need some math-heavy conversion.

If you have kids, finding the best schools might be your best bet to learning the Metric System yourself.

7. She Handed Me a Vegemite Sandwich

Australia also has a different food pyramid than us: it’s almost entirely consisting of vegemite.

Learn to love it. It comes on everything.

Now Your Whole World’s Upside Down

As if moving weren’t stressful enough. Moving to Australia comes with its guide.

Before you pack up the bags, you should know a few things.

Their humor is a little different, they drive on the wrong side of the road, their measurements are metric, and don’t forget to pack your Christmas bathing suit.

Are you interested in moving anywhere else? If so, check out our other articles. 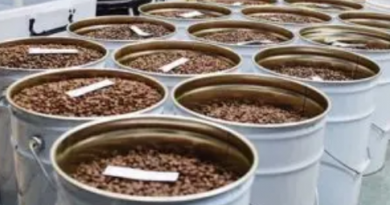 A simple guide for choosing the best coffee roaster The Real Truth about Organic Foods – Are They Safer & More Nutritious?