A major energy crisis has spread all over the whole world. It’s a crisis in that, we need more energy and there’s very little to be had. Or wait… is there? Well, it might not save Europe but one could just buy an energy drink from Monster Beverage. Well, we aren’t sure that it will work for everyone, but for some investors in the stock market it may.

For the last year, Monster Beverage stock has outperformed the Nasdaq Composite Index by over 30% and seems likely to continue that impressive growth. As for what’s in store for the NASDAQ, let’s try to figure that out.

First let’s take a look at the Nasdaq chart.

Ouch. It’s almost too painful to look. Almost. It’s not a pretty picture, with a 27% drop over the last 12 months. However, against all odds many experts still consider the American market overrated and expect further declines in the near future – in fact, this chart might just be the perfect representation of the current financial situation around the globe.

The crisis began not long before the pandemic, which struck a dagger into the heart of the global economy. At the beginning of 2022, the situation seemed to bounce back. But don’t celebrate just yet. The military conflict between Russia and Ukraine dealt a devastating blow to the world’s finances, and its consequences – an energy crisis and record inflation – aren’t showing any mercy.

Central banks are trying to peg down the prices but as it turns out: increasing interest rates kinda works against that goal. Just take a look at the chart.

Earlier we said that the world is hungry for energy. But what if it was measured not in CBM, but in cans? A real “energy” giant, Monster Beverage has seen growth of 6% over the last 12 months. You might be thinking that 6% isn’t worth celebrating, but that depends on what you’re comparing it to.

The growth isn’t something that’s happened overnight either. The company’s been growing (and its shares along with it) for a pretty long time now – check out the five-year chart below.

This level of sustained growth shows that Monster Beverage is a large company with a strong brand company and diversified business activities. It’s engaged in the manufacturing, marketing, selling, and distribution of energy drinks. You may not have heard of Monster Beverage by its company name, but you’ve no doubt seen the likes of Monster Energy, Burn, Relentless, NOS, and Reign on the shelves of any grocery store you’ve been in. And when we say “any” – we mean it. The company operates on a truly global scale.

Despite its growth, Monster Beverage was indeed affected by the pandemic and it’s still feeling the consequences of the subsequent supply disruptions today. But, those disruptions don’t seem to be stopping the increases in its revenue every quarter. Some experts believe that it will step up the pace due to increasing demand for its products and ongoing development of its international sales. Another important factor is the decision of management to reinvest a large part of the company’s revenue, which also leads to an uplift in sales.

However, a single cloud is enough to eclipse the sun. And the name of that cloud is ‘inflation’, i.e a reduction in spending power. Falling incomes presuppose buying essential goods to satisfy basic needs – as far as we are concerned, energy drinks do not reside in the consumer basket. But Monster Beverage drinks belong to the “affordable energy” segment, so it might have a good chance at keeping its products in shoppers’ baskets.

Most analysts have a positive outlook on the future of Monster Beverage stock, with the average forecast for the next year standing at +11%. And this is despite the fact that the very same experts don’t see any drivers for the general market growth. However, before you make any trades, remember to always do your own research. 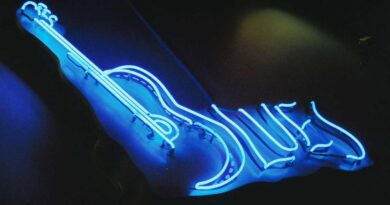 Minor Pentatonic Scale: Best Scale for the Rock and Blues

Top Lesbian Dating Apps For The twenty-first Century. In a real method Your Other Besties Never