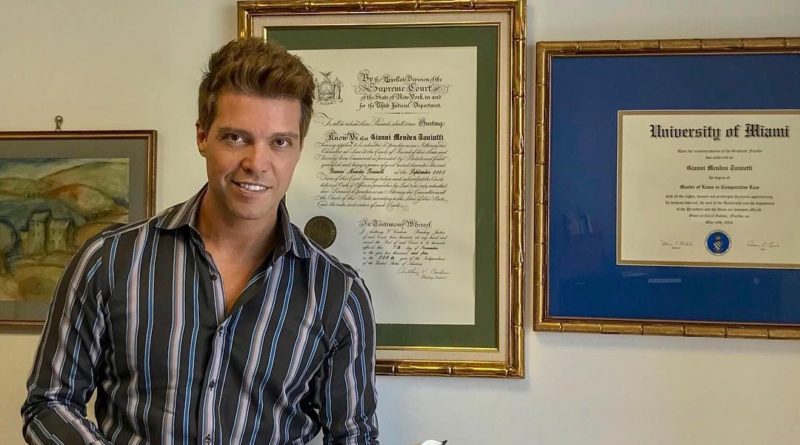 Dreams serve as the foundation for one’s life goals, and they are what shape visions in life. Every single person in this world grows with a specific dream. Some people dream about their perfect wedding day; some grow up dreaming about finding their soul mate. There are people who live with the goal of establishing a successful business, and there are others who wish to become world travelers. Some want to become globally-known chefs, while some want to make the world see their perspective through their artistic skills.

Dreams come in all shapes and sizes. These serve as a major driving force in a person’s life, and they are to be respected. Even though the entire world’s population lives with a dream, there are only a few who can turn them into reality. Turning a dream into a reality is a tough journey and is filled with innumerable challenges. Many people give up too soon, while others lose hope. Gianni Mendes Toniutti, known by the greater public as Gianni Mendes, was not one of those who gave up. He grew up with a dream to become a lawyer, and today, he is one of the most successful immigration lawyers in the United States. Not only this, he has also co-founded a law firm that is today among the most respected ones in the country. When it comes to achieving dreams, Gianni Mendes is one of the best examples in the world.

Consistency and Determination Lead to Success

The journey towards success is not easy. There are innumerable hurdles a person has to cross, and multiple challenges one has to face. Consistency and determination are the factors that play a crucial role in one’s success. These are traits of a successful individual because to succeed in life, turn dreams into reality, and to accomplish life goals; one needs to be consistent and determined.

Gianni Mendes, who the world knows as a social media influencer, is a successful lawyer in the United States. He was born in Sao Paulo, Brazil, and has spent much of his childhood in Bologna, Italy. Since his childhood, he grew up with a passion for the world of law, and he admired these professionals. He was determined to become a notable entity in the world of law, and this is why he entered the University of Bologna, Italy. He graduated with a Juris Doctor degree in 2002.

The young and passionate Gianni even left his hometown and country for the sake of his career. He moved to Florida, United States, and left Italy in 2003. It was a huge decision, but his passion helped him stick to his decision. He went to the University of Miami to complete his master of laws, intending to return after completion of his education.

After graduating from the University of Miami with a master’s in law, Gianni began preparing for his bar exam. He worked tirelessly for this exam because clearing the bar exam would give his career a push. After studying and thoroughly preparing, he was successful in clearing his bar exam in 2005.  Instead of returning to Italy, Gianni decided to stay in the United States. He admired the entertainment industry and had a passion for music since his childhood years. Besides being focused and determined, Gianni is a person full of life. When he came to the United States, its vibrant life caught his attention and suited his personality; therefore, he decided to spend time in the country.

Gianni began sending applications to law firms across the country but did not receive a call. He sent over a hundred applications, but things were not working out for him. Unlike others, Gianni did not give up, and the young Gianni did not stop applying in law firms. His efforts and hard work, along with his determination, patience, and perseverance, finally got him an offer from a prestigious litigation law firm in California. The law firm was looking for an Italian-American lawyer, and Gianni’s profile fitted their needs perfectly. In just a week, Gianni was in Los Angeles at his first-ever job in an industry he was so passionate about since his childhood. According to Gianni, the time he spent at this firm was one of the best days that he has lived.

Setting up an Italian-American Law Firm

In the following years, Gianni became one of the most respected immigration lawyers in the country. Most of his colleagues were referring to him as the ‘Guru’ of immigration. However, the young lawyer wanted to do more. He decided to open his own law firm. He collaborated with his best friends from Italy, including Tosolini, Lamura, and Rasile, to work on the concept of his firm. They worked together, and in 2009, they founded an Italian-American law firm, TLRT, comprising of the initials of all founders of the company.

As the company was set up, Gianni was appointed as the head of the immigration department, where he got to spend time with some notable entertainment figures, including models, actors, singers, painters, and athletes.

A company that was set up as a boutique law firm, TLRT, serves today as one of the most well-reputed Italian-American law firms in the country.  Its operations spread across New York, Miami, Los Angeles, San Francisco, Rome, and Milan.

Gianni Mendes Toniutti left his hometown and stepped into a new country to fulfill his dreams and life goals. His passion, determination, and perseverance helped him become a top immigration lawyer in the country. Most people know him today as a social media influencer and an entertainer who lives an extraordinary life traveling around the world and enjoying life. Not all of his 70,000 followers, however, know about his successes in the law sector.  He is a successful immigration lawyer, a social media influencer, and an emerging entertainer, serving as the perfect example for the world. 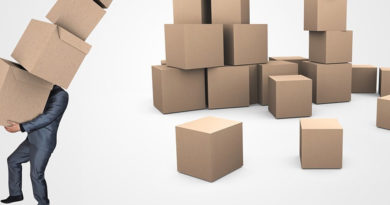 How To Find The Best Chicago Movers Company?

May 13, 2020 martajordan Comments Off on How To Find The Best Chicago Movers Company?

May 14, 2020 blogger Comments Off on Tax Calculator – Remove the Stress in Filing

7 Best Places to Visit in Denmark

May 27, 2020 parvezriyaz Comments Off on 7 Best Places to Visit in Denmark

Here, we dive into obsolete internment areas and current, structure mad urban networks the equivalent, to bring would-be travelers to

May 27, 2020 JulieGilham Comments Off on Why A Flight Simulator Is Crucial For Flight Training
GENERAL