The famous and globally-known actors that shine on the big screens were not always this successful. Every actor, in the past and even today, have to work hard to achieve success in this industry. Like all other sectors, making a name in this sector is not easy. Some of the most famous actors started as junior artists and played minor roles. Half of their fanbase does not even know about these roles. If the world does not know, it does not mean they were born as famous artists.

Jennifer Lawrence, a recipient of the Oscar’s Best Actress award, started with a minor role in a TV show, Monk. Ben Stiller, a star of comedy movies, started his career from the TV series, “Kate & Allie,” appearing in only one episode. One of the most successful Hollywood actresses, popularly known as the Black Widow, started with a small role in the 1994 movie “North.” The heartthrob, Ryan Gosling, appeared in one episode of horror fantasy-themed show called “Are You Afraid of the Dark.”

These are some examples of globally-known actors who started from minor roles, which most of their fans are unaware of. Similarly, Adam Baratta, the Philadelphian who acquired a degree in economics and then set off to build a career as an actor. He is known for his elite acting, directing, and producing skills in a movie released on March 23, 2002, “Do it For Uncle Manny.” It took him two years to create a masterpiece that helped him build a strong identity in Hollywood.

The passionate and aspiring actor, Adam Baratta, was born in Philadelphia in 1969. He grew up with a dream to become an actor and to make a name in the Hollywood Industry. Besides his hunger to become an actor, he was also passionate about building a career in the economics sector. Adam started by acquiring education in economics before he set off on his journey in Hollywood.

He went to Temple University and graduated with a bachelor’s degree in economics in 1991. Instead of pursuing his education in this field or stepping into the professional sector, the young boy with big Hollywood dreams decided to try his luck in acting. With big dreams in his eyes and passion for becoming a star, he set out on a journey and went to Los Angeles, the hub of Hollywood.

Before Adam stepped into the sector, he wanted to equip himself with the necessary training that could contribute to his success and make his journey relatively simple and stress-free. To acquire the skills and train himself, he entered the American Academy of Dramatic Arts. The time in this academy helped him grow and assisted him in the development of skills that were necessary to succeed in the industry.

In 2000, Adam landed on an opportunity to appear on the big screen but not in a lead role in the file, “We Married Margo.” He was cast as the ‘third date’ in the film. It was not the most important role, but it did help him appear on the screen, which is something not many struggling actors get. It was the start of his acting career.

Adam got another opportunity and was cast in the film “Cruel Game” in the same year. Even though he started small, but his dreams were big, and there was nothing that could stop him from becoming a star in the industry.

Landing on the Perfect Opportunity

Adam did start with a minor role in a Hollywood film, but he did not plan to stay at that level for long. He began searching for opportunities until he landed on the perfect one. He started working on his own film, and it served as the biggest milestone in his career. The film that he was working on was “Do It for Uncle Manny.” To shoot his film, he traveled back to Philadelphia, his hometown, in 2002.

He did not rely on any others and took up the position of director, producer, and even the lead role in the film. It was the most significant phase of his life, and he worked tirelessly to make his movie a success. The Swingers-inspired comedy film turned out to be a huge success in Hollywood. It helped Adam establish a notable identity in Hollywood. The film won the Best Comedy Award at the New York Film and Video Festival and was awarded Best Picture or Best Comedy in seven other film festivals around the country.

Building a Career in Commodity Market

After building a name in Hollywood, Adam decided to step into the commodity market by becoming a precious metals broker. He co-founded Advantage Gold with Kirill Zagalsky in 2014, which is included in the Inc. 5000 list. Moreover, his firm won the Best of Trustlink Award in 2017, 2018, and 2019. In addition to this, he authored “Gold is a Better Way,” which was published in 2018. It appeared on the USA Today bestseller chart.

Adam Baratta, a man with multiple passions, has made notable contributions in Hollywood as well as in the commodity market. He grew up with big dreams, started small, and made a name for himself in both the sectors he was passionate about. He is not only a renowned Hollywood actor, director, and producer, but also an economic professional and an entrepreneur. 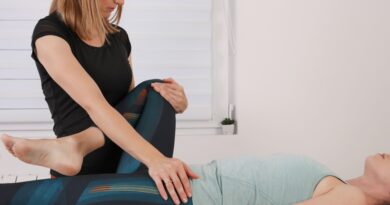 What Does MONQ Do 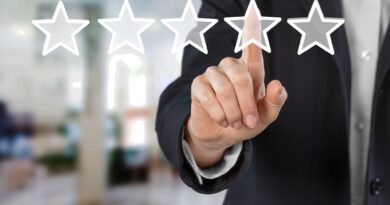 How to Ask for Google Reviews to Grow Your Business 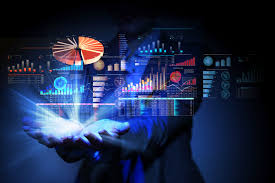 What Are the Goals of Link Building Services?    Off-site SEO has two types of goals. And the link building

Why is it essential to have a training course in forklift driving?