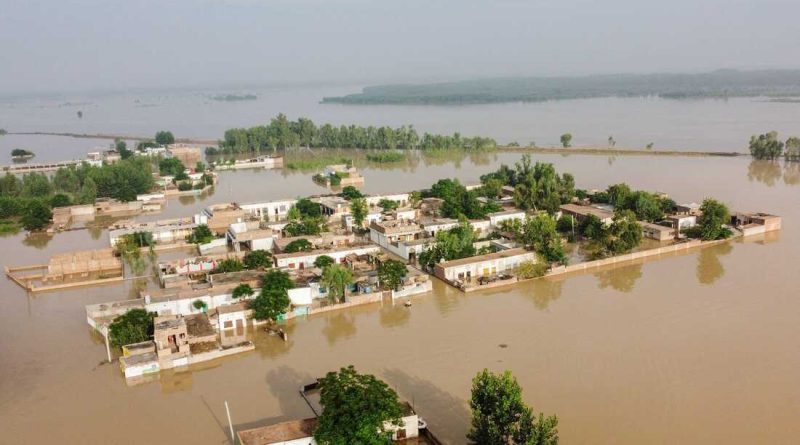 According to UNICEF torrental Monsoon rains have created the diplorable of situation I Pakistan in the shape of heavy flooding. The people in Punjab, Sindh, Khyber Pakhtunkhawa (KPK) and Balochistan are facing the adverse kind of flood due to heavy rains and lack of embankment on the banks of the rivers. This is not the first time the flood has brought ruined to the plains of Punjab and to the hills of KPK. In the year 2010, the heavy flood also drenched almost 1/5 of Pakistan. The current flood mainly in Punjab and Sindh has also brought havoc. Scores of people have been killed. Moreover, people have also lost their precious belongings, such as, animals, loss of homes and crops. On the other side, the destruction of infrasturcure e.g. dissapearing of railways tracks, roads and bridges are also a major loss to the economy. All these combine losses are of billions of dollars which will hit the economy very badly in the coming days.

The 2022 flood in Pakistan is different from the 2010 flood in Pakistan in some respects. The 2010 flood had affected mostly to the plains of Punajb, almost 2000 people lost their lives. The affected areas included the southern and central Punjab districts. Whereas, on the other side, this current flood has also affected a lot to the South Punjab region, Eastern Sindh and hilly areas of Sawat-KPK.

⦁ The impacts of flood are long lasting on the lives of the people. First of all, millions of people have lost their homes and all the belonging in their home. They are now homeless people. One day they were the owner of their properties and the very next day their properties were disappeared in the water of flood. These people are now living in shelter tents. So, it has become very difficult for them to manage their life on roads. Many people are now just looking for the place without water for stay of their families, because there is everywhere water.
⦁ Moreover, flood also brings many types of health issues. Common diseases bring by flood are ⦁ Diarrhoea and skin issues etc. the eruption of these diseases after the flood is common. So, flood has also affected the health of the people adversely.
⦁ One other important destruction of flood is loss of crops. As the water of flood has covered millions of acres areas. The crops on these areas are totally rotten and destroyed. In this way, firstly, the people will not get their annual or biannual revenue after selling these crops. Secondly, the there will be shortage of food in Pakistan the impacts of which are already facing by the people across the country. Thirdly, the import bill will also rise as the government has to manage the food by purchasing the grains and vegetables from neighboring states. Lastly, the loss of crops is a direct hit to the economy and annual GDP. So, all these impacts of flood are very dangerous for the people of Pakistan.
⦁ Furthermore, one of the major losses of flood is the destruction of infrastructure, such as roads, buildings, railways tracks and bridges. The loss is of billion dollars because scores of kilometers roads have been flown with the water of flood. These roads and railways tracks have to reconstruct on emergency basis for rehabilitation of transport in major cities of Punjab and Sindh.

Heavy rains are common in Monsoon regions, such as India and Pakistan. Many times, in the past the flood had been brough havoc to the lives of the people in Pakistan. The major reason of these floods is the absence of embankment on the banks of the rivers across Pakistan. Whenever, there is heavy rain, these rivers overflow and bring out the water to the plain areas which is a situation of flood. Secondly, there is also lack of big and solid dams in Pakistan. These dams can store and manage the water of rains. In this way, dilemma of flood can be controlled in a better way. Lastly, the drainage system must be highly efficient that can control the water and further disperse it accordingly. Now it is the responsibility of Government of Pakistan and Provincial government to construct embankment on both sides of rivers to protect the lives of people so that their lives can be saved in future.

About Author:
Mr. Muhammad Imran is currently pursuing his Ph.D. in Pakistan Affairs from University of Punjab Lahore Pakistan. He has many Publications in the form of articles and Opinion based research papers on Indo-Pak History and Regional Politics and Current Affairs of the Region. 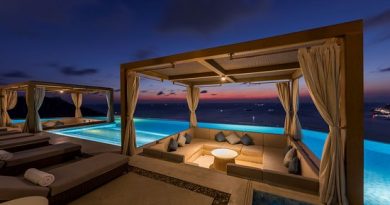 How To Make Your Guests Love The Hotel Pool?