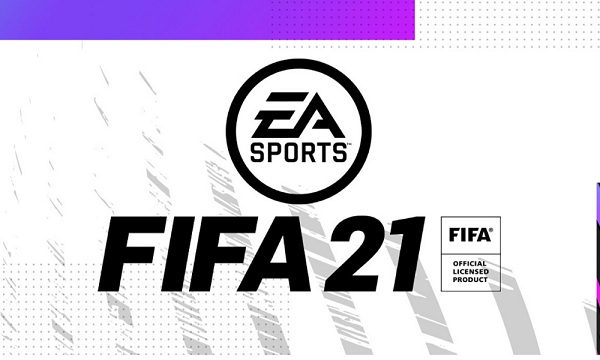 Many of you must be fully aware that the football season is just around the corner. As a matter of fact, as the football season approaches, a hysteria spikes up in all the related activities – be it games or domestic football matches. The 28th installment, although it took longer than usual to release, as a first impression, we could say that it was worth the wait.

FIFA 21 has manifested itself to be a big hit!

Traversing from the gameplay to the core game modes, everything has been made remarkably surpassing. The little glitches and bugs that might arise and could leave you fuming have been ripped off the bed very efficiently. It provides a fantastic experience with different Internet providers, such as Spectrum Internet or others.

FIFA 21 is a fast, thrilling, and riveting experience. Unlike the older version of FIFA in which the “one depth” and “drop back” tactics dominated the gameplay and left the rigid FIFA players in sheer agony; FIFA 21 is an entirely different story. It has conjured itself from the bland shackles of FIFA 20. The 5-4 game finish, unrealistic it may sound, but it is quite entertaining when you give it a fair shot.

Among other things, FIFA 21 provides specific tools to add new and successful dribbling knacks so that when you win, you win in style! The “direct run” and the “direct pass and go run,” although a bit challenging to master, but once done, will leave you completely awe-struck! You won’t just get over with any game without it. The wingers in FIFA 21 are fast enough to outrun the defenses. The art of crossing is just out of the world! So, it’s a massive plus for those who love to play with the best wingers.

Heading had become an unavailing exercise in the past years, but the addition of manual headers in FIFA 21 has just flipped the coin! Harry Kane and Romelu Lukaku have become pertinent again in this gameplay out of the blue because of the manual headers’ introduction. Thus, FIFA 21 will be the most enthusiastically engaging game we have had in years on the part of FIFA.

In addition to the long list of great news, another one is that you are not going to be pushed into the Pro Clubs or Online Session. Instead, you have the option to get in and come out of the sessions whenever you wish to. You can freely test yourself against different duos from anywhere in the world! The brand new and prominent feature of FIFA 21 – Co-op is the best addition to the gameplay 21 so far.

The Co-op feature allows you to choose a friend, decide the team you will play with and set the objectives in Division Rivals, Squad Battles, or Friendlies according to your desire and interest to win XP and rewards. The in-game rewards in FIFA 21 include some super exciting interventions such as the choice to choose Alexandre Lacazette, Marcel Sabitzer, or Juan Bernat – compelling, no?

After being neglected for many years, FIFA 21 has improved a lot this year in terms of Career Mode. The audience of Career Mode that has stuck with EA Sports is officially going to get the reward of their long enough patience. A blend of new and exciting features has been added, such as “Interactive Match Sim.” The choice to hop in and out of the game anytime is one of the ways to provide you the freedom to decide when or when not to take matters into your hands by securing all three points!

Practicing as a couch can be tiring, but it’s incredible to train your players and mold them in a way to suit your system. It significantly boosts the player’s skills move and weak foot. Although not the maximum, it is definitely a huge step in that way. A player’s well-being, sharpness, and stats improve and enhance as you work with your players. The more is the training; the more will the stats rise! Hence, it all falls on how you coach your players!

Adding to the training plethora, you must try to keep a balance between the training and the rest periods to keep your players in the best form. Excessive training can be debilitating for the players as it may decrease fitness by tiring them to a dangerous limit. However, too much resistance from the training session might mean a reduced match sharpness. Thus, the key is to find the correct balance and sticking to it under any circumstances.

FIFA 21 is quite enthralling and compelling in terms of features and additions. On top of that, it is quite remarking owing to the fact that internet consumption and ping rates are not much of an issue for the new installment. Even the basic Spectrum Internet Packages can give you exciting experience when it comes to playing it. Although FIFA 20 had been a breath of fresh air for the gameplay, FIFA 21 is just another exciting level.

Why should you invest in professional pest control services?

Non-Agriculture Smart Irrigation Controllers Market is Upheld by a High CAGR of 12.8% by the end of 2031