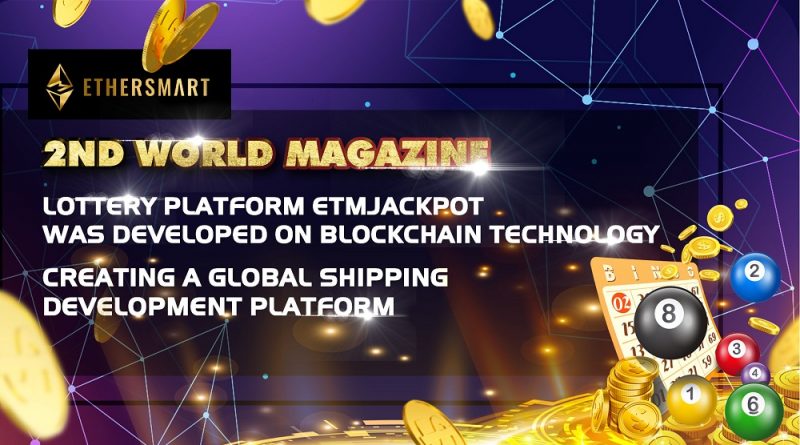 The lottery is a type of gambling which involves the drawing of specific numbers to win the large prizes. Many people consider it as a gaming product, but it is a high volume industry which can also be called as a commodity.

One of the lottery directors said, “Lotteries are different from any other gaming product. Lottery players risk a small amount of money against very long odds to win a large prize, with the net proceeds going to the public good.”

The lottery industry keeps a 29% share of the entire global gambling revenue.

But with the growth of the digital economy, the industry faces challenges like the lack of transparency and fairness.

The world demands more transparency and fairness with advanced technologies like blockchain.

The distributed nature of blockchain promises innovation in the lottery industry.

In today’s article, let’s take a look at Ethersmart’s vision and the successes they’ve achieved when applying the Ethersmart blockchain to the decentralized lottery market.

Before we explain how blockchain lottery implementation will enhance the current lottery system, let’s first discover the challenges faced by the industry.

Challenges faced by the Lottery Industry

It is essential to ensure the integrity of the games to avoid the risks of manipulation or frauds. Lottery players doubt the fairness of lotteries and ask the following questions:

Are the deal and ticket real or not?

Is the random number generation (RNG) method secure and random?

Are the prizes paid on time?

Is the jackpot winner real?

Is the money accumulated in one pool and used for social causes?

Since the traditional lotteries fail to answer the above questions, lotteries lack fairness in the system.

Due to the smaller size of the domestic market, users from different countries cannot get involved in the biggest lotteries in the world. They are restricted to participate in smaller local lotteries.

Though new online solutions enable players to purchase worldwide or US lottery tickets, the service charges and risks of fraud and mismanagement are higher.

As of now, the state and law regulations control the way lotteries are carried out in different corners of the world. On an average, not more than 50% of funds gathered from ticket sales are issued to the prize pool.

Also, the lottery participants have no control over how much money should be collected from ticket sales, and lottery winnings are taxed in some countries.

Lotteries are served as funding for charity and other social projects. But in many cases where countries have high levels of corruption, players can question the fair distribution of funds.

Since there is no way to get information about the distribution of funds, it could be the biggest challenge for the players to build trust in the specific lottery association.

Because the blockchain is a distributed ledger technology with a secure write-forward authentication system, it can add data without the risk of a single point of failure. Every node involved in the blockchain network has a copy of the ledger. 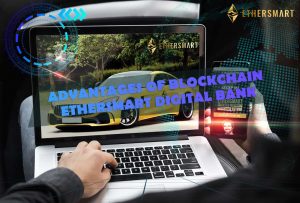 Users can update the information into the ledger without the involvement of a third party. It gives individuals more power and flexibility.

Therefore, the blockchain can be well implemented in the lottery or gambling industry.

Lottery players need to sign up to the platform to participate in the lottery and become its member.

After the successful sign-up, players can get alerts and notifications related to ticket openings on a regular basis.

Admin announces the ticket openings on the platform and the notification is sent to the users. They also deploy smart contracts, which contain pre-defined rules for the lottery game to bring fairness and transparency to the ecosystem.

Smart contracts ensure what information should be shared with which stakeholder in the system, providing privacy and disclosure of data.

Since the players can buy the tickets with cryptocurrencies, their identities remain anonymous. The transactions stored on a public blockchain allows traceability and makes it easier to resolve disputes/scandals related to lotteries.

Step3 : A Random number is generated and recorded on the blockchain

Since the random number generator is based on the blockchain, the algorithm relies on recent random blockchain transactions. It pulls a specified amount and order of numbers to generate each winning number sequence.

Because nobody is aware of the next transaction in the blockchain, the lottery platform adds an extra layer of randomness to the selection process.

Once the random number is generated and matched to the player’s ticket number, they are awarded and money is automatically sent to their respective wallets.

The funds to be distributed to players are defined in the smart contracts.

Therefore, the decided commissions and funds are paid out to every player on the platform.

Moreover, the smart contract code is available publically on the platform; players can check the rules defined in the contracts to confirm if the funds are distributed in a fair way or not.

Step 4: Players can trace back the history of records of transactions

Since the transactions are recorded on the blockchain, players can trace back the history to know who had won the jackpot and if the commissions and wins are paid out as defined in the smart contracts.

Improve fairness with the smart contracts

A smart contract is a digital agreement between the parties in which computers enforce terms and bring transparency to any transaction. With an online blockchain lottery in place, rules which are legible to all parties can never be altered.

Since no centralized authority is there to govern the game, there will be no concerns related to winnings. The player’s funds can directly go into the contract without the interference of intermediaries.

The use of cryptocurrency for gambling has become a popular solution for casinos, either as an alternative to fiat currency or as the primary payment system.

With cryptocurrencies, users can gamble anonymously, without the need to submit copies of the documents.

Also, cryptocurrencies can make online gambling accessible as it offers a low entry barrier to new players and enables them to avoid gambling regulations applied to fiat currency.

As all of the records are stored on the blockchain, players can have a transparent and traceable view of the saved transactions. Due to the traceability offered by the platform, they can reach to the roots of disputes if any occurs in the future.

Is Free Online CIBIL Score Check Beneficial or Not? 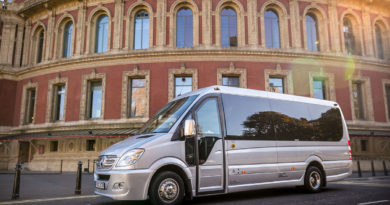 Get Professional Minibus Hire With Driver At Door-Steps

5 Common Credit Mistakes and How to Avoid Them