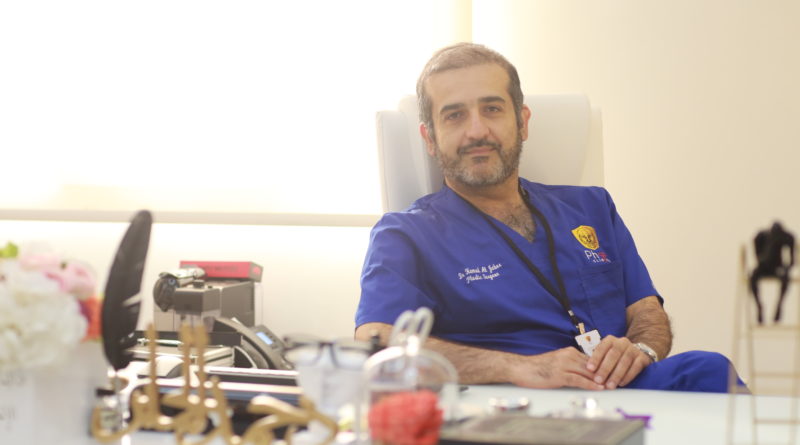 When kids are young, they carry a dream in their hearts and make a difference in the world with their dream. Some children dream of becoming athletes, some dream becoming authors, while some of them dream of being doctors. As time passes, either they leave their dream behind and carry on with something different, or they become more passionate about it and decide on pursuing their dream as a career.

And that is when the real work begins. More than half of the population gives up halfway to achieving their dream, but true passion is only recognized when a person spends prolonged hours in acquiring something they have set their heart on. Outshining everyone else is Dr. Hamad Al Jaber, the plastic surgeon. He is known far and wide for taking his passion to greater heights and is now using his skills and expertise to make people feel more beautiful and confident.

GROWING UP WITH THE DREAM TO BE A DOCTOR

Dr. Hamad Mohamed Al Jaber was born on February 27, 1973, as the eldest sibling to three siblings. His father, Mohamed Hassan Al Jaber, was an Ambassador of Qatar, while his Mother, Layla Al Jaber, was a Geography High School Educator. Dr. Hamad grew up in a religious household. His great paternal grandfather, Mohamad Bin Jaber, is a well-known Islamic Scholar, and he learned his religious values from his ancestors. Dr. Hamad has strong faith in Allah, and he tries to follow the verses of the Quran with all his heart.

Dr. Hamad then joined the Al Istiqlal Secondary School, from where he received his secondary education. But he hadn’t just limited himself to “good grades,” instead, he also actively participated in several co-curricular activities. He was a member of the Scientific Club; and a smart chess player. He learned poetry and even joined inter-school competitions. Dr. Hamad was also asked to represent his school in Maths and Physics inter-school quiz bees. Dr. Hamad also had a talent for art, and he did calligraphy for his school, for which he was awarded the excellence in the arts. He also played handball and was a goalkeeper as well. Moreover, he was also doing Taekwondo and earned a black belt for the sport. In 1990, he graduated from the school with a GPA of 95.8%.

In 1991, he entered the Irish High School and completed his Irish Certificate and Matriculation, the equivalent of Senior High School.

Even though the kid was an overachiever, his dream and aim were very clear. Dr. Hamad dreamt of becoming a doctor. He was passionate about helping other people, and he dreamt of touching lives with his skill. The influence and love for medicine flourished as he stayed close to his maternal Uncle, Dr. Mohammed Jaber, who is a Pediatric Doctor.

Determined to take his passion to greater heights, Dr. Hamad learned Taxidermy, which in turn awakened his curiosity in anatomy, and this experience broadened his knowledge about the human body later on.

WORKING HARD TO ACHIEVE HIS DREAMS

In 1997, Dr. Hamad joined the Royal College of Surgeons in Ireland (RCSI), where he earned his degree in Medicine, Surgery, and Obstetrics. The same year, he began working at the Hamad Medical Corporation (HMC), the main provider of secondary and tertiary healthcare in Qatar, and one of the leading healthcare providers in the Middle East.

In 2001, Dr. Hamad became the sports doctor for the Qatar National Team in Taekwondo. He was also the attending physician in some of the major international sports competitions that the team joined. Dr. Hamad was also the doctor for the team when they played for the World Championship in South Korea. He then became a Member of the Medical Committee of the Arabian Taekwondo Federation.

After serving there for two years, Dr. Hamad left in 2003 and then began his training and became a Specialist in Plastic and Reconstructive Surgery RCSI in 2003, and earned his membership from RSCI. The following year, Dr. Hamad gave his exam and successfully passed his Arab Board Council for Surgical Specialties.

Soon after, Dr. Hamad got his professional affiliations, which include Member of International Society of Aesthetic Plastic Surgeons and Rhinoplasty Society of Europe.

Three years later, Dr. Hamad was promoted as a Consultant Plastic Surgeon for Hamad Medical Corporation. He worked hard and focused on reaching the top with his efforts, which bore fruit when in 2012, he became the Senior Consultant Plastic Surgeon. After performing excellently for two more years at Hamad Medical Corporation, Dr. Hamad resigned in 2014 and decided to work in the private sector.

Starting from 2011, Dr. Hamad also became a member of the Permanent Licensing Committee in the Supreme Council of Health Qatar. He was a member till 2018, but he continues to provide his support as a Healthcare Consultant, due to his expertise in several government firms, plastic surgery, evaluations, and legal cases.

In 2011, Dr. Hamad began working at the Plasticsurgicentre as one of their Consultant Plastic Surgeons. The same year, he started working as a visiting Plastic Surgeon in Doha Clinic Hospital. He worked at Plasticsurgiecentre actively for eight years and left in April of 2019.

The same year in April, Dr. Hamad opened his own clinic, PHI Clinics for Plastic Surgery. As of today, the clinic is one of the most renowned and trusted clinics in Qatar. Dr. Hamad is also a former member of the International Burns Society and a member of the council in Abu Bakr Al Siddiq Preparatory School for two years in a row. He is also a part of the visiting faculty of the West Bay Medicare and Doha Clinic Hospital.

With his business acumen, he invested in several ventures.  One of them is Proderma Middle East, a leading specialty company in the Middle East which distributes aesthetic and plastic surgery products.  The other one, Summit Medical, is locally based in Qatar, a medical and aesthetic products distributor.

Today, Dr. Hamad Al Jaber is one of the most dedicated plastic surgeons in all of Qatar. He has devoted his life to changing lives for people, and he seeks pleasure in doing so. He loves his job, and seeing smiles on his patients’ faces is what his greatest achievement looks like. 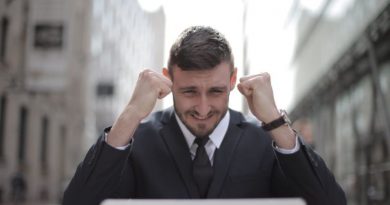 4 Things Men Can Do to Boost Their Confidence 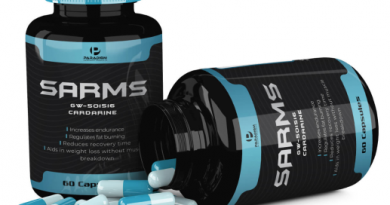 Is It Safe to Use SARMs? A Complete Guide 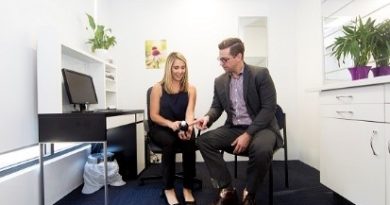