DPF or diesel particulate filter system is used to filter a diesel engine. A filtration system should be able to provide good regeneration capabilities. When the engine works, particles are oxidized to produce gases. But sometimes the exhaust temperature is too low to provide any effective regeneration. To increase the temperature inside the filter, different techniques are used. The most common of them are active and passive filtration. These techniques increase the temperature so that the filter is easily able to oxidize the trapped soot. In this article, we will see how these two systems differ.

The passive system usually kicks under moderate load if the engine heats up to 350 degrees C. Any trapped soot burns through the use of passive DPF up to that temperature. This type of cleaning is usually done through the use of some kind of oxidizing catalyst. Mostly used on regular vehicle loads, this system is much more efficient and feasible. The catalyst helps in promoting carbon oxidation through Nitrogen dioxide or Oxygen. Oxygen DPF combines catalysis and thermal methods and is more efficient.

Using different catalysts and in different configurations, can have an increase or decrease in cleaning efficiency. Passive cleaning can be achieved primarily in three ways. You can add the catalyst directly to the fuel or you can put the catalyst on the filter itself. Another effective method to achieve passive DPF is to add a catalyst that generates Nitrogen dioxide and send it to the filter.

In most passive DPF systems Nitrogen dioxide is used because the efficiency of oxygen is questionable. That is why manufacturers prefer using catalysts that produce NO2

In cases where the engine does not produce a high enough temperature for passive cleaning, an active DPF system initiates. The pressure sensors of the engine indicate that active generation is required to clean the soot. For active DPF, fuel is transferred to the oxidation catalyst. This creates high enough temperatures to filter the soot. In most modern vehicles the engine lights show whether DPF is active or not. However, you don’t have to manually switch on any type of filtration yourself. 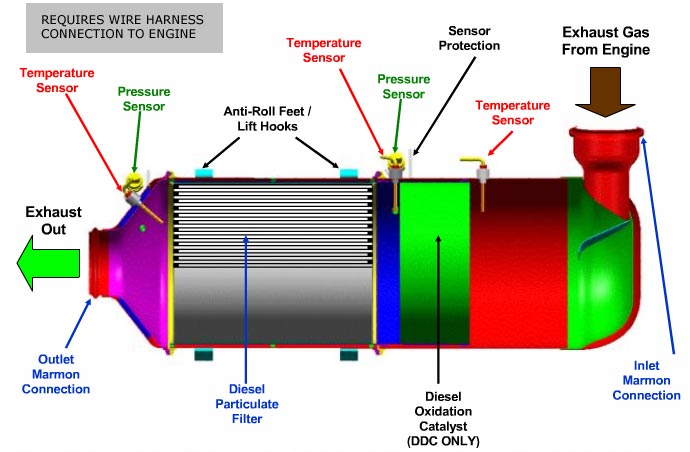 The fuel can be injected and combusted with the catalyst by various methods. Primarily two methods are used to burn the fuel. Either the in-cylinder management can be used or it can be directly injected in the exhaust gas. Methods such as adding more than usual fuel quantities and cycle injection are used for this purpose.

Another method that is used in active cleaning is electrical heating. Again this can be done by various methods as well. The most commonly used method is to put an electric heater around the filter or use induction technology to transfer the heat. A benefit of an active DPF system is that it can raise the temperatures so much that the soot can be cleaned just by using oxygen as the catalyst.

SOME SIGNIFICANT TIPS THAT WILL IMPROVE YOUR SMS MARKETING

GogoPDF: Your Number 1 Online Tool to Split Pages of Your PDF Files

What are data recovery services? Are they safe?

With regards to data recovery, people can, in some cases, be suspicious about giving over their PC’s hard drive filled

8 Legal Issues To Tackle When Starting a New Business

Is the App Industry the Best Route for Your Business Idea