But then, there is a very fine line between trolling and harassing someone. From some points of view, they go hand in hand. And believe it or not, you do not have to be famous to actually get harassed, even by celebrities – or better said, wannabe celebrities.

An aspiring musician, Derik Fein has gained some popularity over the past year, but not necessarily through his music. In fact, apart from a few random songs posted on YouTube every now and then, he has no actual hits or viral videos.

He gained notoriety for buying his Instagram fan following, as well as his verification badge, through an Social Media marketing company called SoChillPanel. Unfortunately for him, he forgot to buy the same kind of following on other social networks. When you have 1.2 million followers on Instagram and 13,000 on YouTube, something is fishy.

Moreover, the Marketing platform he hired to boost his social media presence revealed that he charged-back most of the money he used on the panel. If you wonder what it takes to become famous on Instagram and get verified, Derik Fein claimed back about $20,000 USD.

Some would say Derik Fein bought his fan following in order to look more notorious, get some more appreciation for his music or perhaps score some deals and featuring collaborations. At least, that would have made sense.

But reports from random women over Instagram prove him wrong.

The wannabe Elvis Presley invested in a good social media following to become more successful with women. Exactly! There is nothing new going on in his career. There are no new music releases and no videos. There are no featuring collaborations, not even some random covers.

Instead, there are multiple reports from young women regarding his presence in their DMs. There is nothing abusive about it, and there is no trolling involved, but screenshots show consistent harassment in a purely annoying manner.

Just like some of you may already imagine, these women have a strong social media presence due to things they do, projects or even fabulous looks. But such stories emerging out of nowhere show that being web famous is not everything to get the woman of your dreams.

It looks like everything Derik Fein does goes from bad to worse in one way or another. He got caught with fake followers, and then scam claims emerged about his payments to the SEO company he hired.

He got away with it for a while, but his big following made him a news sensation when he started harassing women over Instagram, hoping that his fake following would help.

This shows once again that a big following is likely to get you leaked out to the press. And when that fan following is not even real, things can only go against you.​ 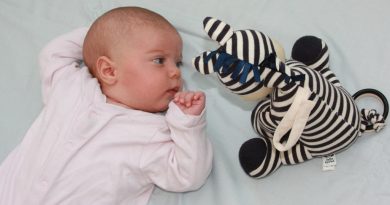 Buying Baby Toys On a Budget