Autobiographies are like hidden jewels that can talk immensely about the phases of life they encountered in various conditions. Writer Dell S. Henry is a prominent personality of prestigious American circles who started his life in East Orange, New Jersey. Treading on the path of an unusual life like his, he witnessed unlikely circumstances and met famous personalities. Having an innate ability to make his places, he was recognized and appreciated for his varying skills in music, art, sports, and more. He soon became an essential part of his surroundings. Seven decades later, Dell S. Henry decided to share his fascinating journey with the world. As his life in the sixty-plus years was nothing less than an influential character of our fiction movies.” Rob Colten started the press release stated.

He further added: “F.R.U.I.T.S. unrolls all the important details of his lifespan from 1950-1960 to the last few years. Discussing Dell’s journey, the book unveiled the happenings that took place around him. It was a part of his life for Henry but also the center stage of the world where important decisions have taken place; significant personalities confided to others the real purposes behind their choices and the actual causes prompting international verdicts affecting the lives of millions in the past seventy years. The book is an absolute eye-opener, with tales of the past having the capacity to surprise readers. The narrative is engaging, capturing the attention of history lovers.”

Who can benefit from the book? This is a general question usually asked by the press personnel. The book covers all genres. Primarily, this book is a great asset for history readers. The history readers who want are interested in reading the cases of personalities in detail, and they are inclined toward to learn about the outcomes of the events faced by the autobiographer throughout his life. Second, the book is also great support for the entrepreneurs, businessmen, and white-collar employees who want to pen down the ups and downs, sorrows, and happiness of their lives, but they do not know how to start and write articulately and impeccably. In short, this book can be read by all. No gender, age, occupation, and education domains are limited to make the most of the book. You will get to know about a bunch of motivational scenes while reading this marvelous autobiography.

Autobiographies are written by people who have an engaging story to tell about their personal hardships and tribulations. Every life has a beginning, middle, and finish, and how one has lived their life should pique the curiosity of those who are just starting out. Therefore, you must go through F.R.U.I.T.S. to aspire to your ambitions.

It’s instructive to learn how others, famous and not, dealt with life’s crises, found their life partners, raised their families, and pursued their fascinating careers, whether as a merchant, writer, artist, poet, politician, soldier, actor, attorney, inventor, scientist, engineer, physician, nurse, teacher, or any other profession you can think of. Because you, the reader, will be picking your own career or life calling, you will benefit from seeing how others navigated life’s stages. Every life has a purpose, and diving into the lives of those whose missions have made our lives better or worse might help you uncover your own. Every time we humans achieve something, there’s a strong chance we’ll learn something new and put what we’ve learned into practice, making us a better person in the long run. The marketing executive ended the note with this quote. In the words of Gayatri Spivak “Autobiography is a wound where the blood of history does not dry.”

Amy Jackson works as an advertising specialist at web design and development agency, she is an inspired writer who loves to share her experiences using lovely words. Her passion for writing has made her produce numerous articles on design, SEO, digital marketing and business. You can also follow the author on Twitter 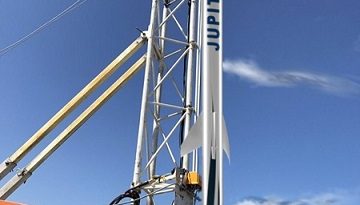