There’re brands that live like trees. They are born to grow, to enter into force, and then grow old as any living creature does. Take Kodac, which was a king of film-based photography until one little invention changed photography forever and took the wind out of their sails. They got very good at what they did – the problem was that the world had moved on with digital cameras, and Kodac left far behind with their outdated technology.

But there are also brands that live like phoenixes, that reinvent themselves and become only stronger year after year. Levi’s has been around since 1873, and by far, it’s the world’s favorite denim brand. The company responsible for shining white smiles around the world called Colgate was established in 1806, and is still alive and kicking. IBM, a pioneering technology company surprisingly celebrated its 100th anniversary in 2015.

Just like Kodak, IBM almost failed in the 1980s, unable to keep up with rapid industry innovations. But the management found a way to ride the tsunami of innovation instead of being smashed by waves. IBM rose alongside the internet and as of April 2021, it is worth $119 billion.

Some companies embrace their destiny when others somehow cheat their death. How can they do it? To figure that out, first, we need to unpack the concept of the product life cycle.

What is a product life cycle?

Although different companies have different destinies, they all follow a similar pattern:

The product life cycle (PLC) is a pattern of changes in sales and profits over time that describes the way products or product categories become adopted by the marketplace. It’s broadly divided into four stages — Introduction, Growth, Maturity, and Decline that can be visually represented as a curve that progresses through stages.

The product life cycle is a tool to be used in long-term planning. As the product moves through the stages of the life cycle, marketing and management within the business meet new opportunities and challenges. Executives that understand the cycle concept are better at forecasting future sales and planing new product strategies.

As we can see in the table below, the Decline stage of product life cycle optimal strategy is to maintain the product at minimum cost and eliminate the advertising and sales promotions. Soundsnotquiteas a pathtosuccess, right?

The secret strategy for the Decline stage of product life cycle

The irony is that it was a Kodak engineer who invented the first digital camera in the 1970s and the rise of digital photography happened only in the late 1980s, so the company had a decade to react to the innovation and lead the new market.

But Kodak had no time for such trifles, it was super busy back in the 1980s. The company became so dominant, they practically pushed their competitors off the market – 85% market share in cameras and 90% market share in film. Sales top $10 billion. Who would even care about a tiny newborn digital photography market?

It was the peak of Kodak, its Maturity stage, and also the point the company has doomed

itself to decline. Everything that happened in the following 30 years and ended up with Kodak’s bankruptcy in 2012 was the result of decisions made in the 1980s.

There’s nothing new about the concept of prevention being better than cure. This is especially true for the product life cycle.

To beat death, companies jump-start a new cycle of growth proactively, yet in the Maturity stage.

When they stand firmly on their own two feet, companies need to enter new markets with new products to protect themselves — let alone the constant updates of the core product in an attempt to meet the ever-changing customer needs.

Take Coca-Cola. Each year the company adds new items to its product portfolio. While some of these new drinks are variations of original cola, others, like Peace Tea, are seeking a seat in entirely new categories of beverage.

Or IBM. In the 50-70s, IBM dominated with commercial computers — room-sized beasts for military and scientific laboratories. Later in the 80s, the company shifted towards personal computers but failed to adjust quickly enough to the PC revolution. In 1993, IBM shocked the world reporting quarterly losses of $8 billion, caused by market changes and increased competition.

The company had two options: reinvent or die. IBM decided to do the former and shifted its focus again, this time towards B2B services, and for the next couple of decades, it was holding up pretty well.

Recently, IBM and pivoted their business to young markets of hybrid cloud strategy and artificial intelligence, which proves to be the right move so far. According to the company, cloud revenue was up 10% last year with total revenue of $7.5 billion. Theirtotalrevenuefortheyear 2020 was $73.6 billion.

Wrapping up the Decline stage of product life cycle

The important thing to take away no one has to be the victim of the product life cycle. You can do nothing as Kodak did, and wait for your destiny, or even close irrelevant projects. It can be a valid strategy sometimes — the list of projects killed by Google, for instance, numbers into the hundreds.

You can also make proactive moves trying to foresee the tectonic moves of the market and adapt to them, as IBM does. They literally reinvent themselves every decade, and their strategy proved to work for them. Butrememberthatpreventionisbetterthancure. 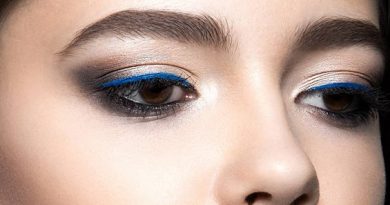 Eyeliner Brands to Pair With Your Lashes 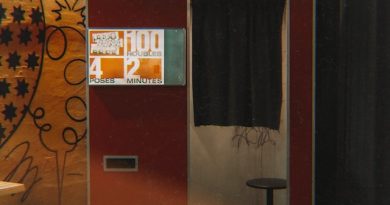 Horsebox Photo Booth: A Great Way to Get Unique Photos 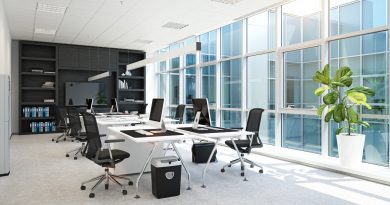 5 Factors to Consider When Designing an Office