2020 was an exceptional year. The whole world faced the reality that we only would imagine happening in the movies. The main solution to stop the lockdown and get back to the living standards that we had before March 2020 was first, creating the vaccine and then starting the vaccination process.

Other than the fact that vaccination helps to make our immune system stronger against the virus, this directly means opening businesses and starting to make the economy work again. Since the process is going quite quickly in the United States and approximately, 3 million people are vaccinated daily, we can say that the general trend is visible.

As of today, the dollar has been weakening and it may continue to do so. This has ramifications for a variety of stock classes. Since March 18, since the covid pandemic hit, the US Dollar Index has fallen about 10.2 percent against a basket of currencies, the peak of the market’s aggressive, hear-driven move into safe assets. In the last month, the tendency has continued.

The dollar fell 0.3 percent against the yuan on Tuesday after China’s purchasing managers index came in above expectations and higher than its previous reading. Meanwhile, the recovery in the United States is weakening, as seen by the ISM manufacturing Index reading of 57.5, which fell short of expectations of 58 and was lower than the previous reading of 59.3. As a result of more than 50 shows growth. The dollar suffered as a result of this pattern, with the US economy faltering as other economies gain pace. On Wall Street, many people predict more of the same.

The United States’ near-term relative growth advantage is projected to disappear as Covid 19 vaccines improve global GDP growth prospects. This will almost certainly lead to currency depreciation pressures. Vaccines will benefit the US economy, but they will also benefit other economies. The world is on the edge of a key turning point, vaccine rollout, and consequent economic normalization, that is believed to be good for exporter currencies. UBS’s chief investment officer for global wealth said that the dollar is expected to weaken more in 2021.

As the covid pandemic caused a lot of fluctuations not only in terms of the dollar but almost every currency, the demand for the foreign exchange market was increased in hope that during this crisis people would get the possibility to generate some financial profits. Beginners, and not only, try to find the brokerage companies that can give them the proper help and they can be found on the TopRatedForexBrokers website since the process of finding the valid company is very difficult due to the increased number of brokers on the market. The UBS’s chief also said that the dollar may lose some support as a result of the Federal Reserve’s 2020 interest rate decreases, which have reduced the premium between US Treasury yields and those of other countries. The yield disparity between the 10 year Treasury and the 10-year German bund has narrowed to roughly 1.5 percentage points, down from 2.1 percentage points in January 20. This dynamic makes the dollar less attractive against the euro.

To be clear, one reason the recovery in the United States has slowed is that Covid-19 instances have risen substantially since October, prompting new lockdowns, but cases in the Eurozone have fallen substantially since mid-October. If the dollar continues to fall, it might put downward pressure on small-cap stocks in the United States, which have been on a tear recently.

The US Dollar Index declined % between December 1.2016 and March 1, 2018. That’s because the S&P 500’s major corporations generate more revenue from overseas, and a weaker dollar means they pocket more money when converting foreign-currency revenue into dollars. Small businesses, on the other hand, make more money at home. Furthermore, when they must import supplies, they incur greater foreign currency expenditures, larger corporations employ sophisticated currency hedging tactics to avoid this.

Over that time span, economic momentum and vaccination announcements have greatly improved the economic outlook, which favors smaller businesses more because they are more vulnerable when the economy dips and more rejuvenated when it stabilizes. Currencies are only one piece of the puzzle. In terms of a falling dollar and small-cap stocks in the future, over time, it is something to watch.

A $450 million-market cap footwear company, has climbed 19 percent since Sept 23, but it is sensitive to a weaker dollar in a negative way. Because the company gets 93% of its income from the United States and more than a third of its materials from China, the cost of importing goes up when the dollar falls. Analysts of large-cap stocks point out that a strong dollar is a significant risk to their stocks, which is consistent with this scenario for small-caps. A stronger dollar, according to Morgan Stanley, is one big negative risk for Philip Morris International, which has a market of $118 billion. The corporation generates money on four continents, with Europe accounting for more than 40 % of total revenue. In this case, a decreasing dollar is a positive factor.

A 5 % increase in the dollar, according to these analysts, would significantly bolster their bearish case on Mondelez International, which is valued at $83 billion. Importantly, in order for the company to lose the whole 48 percent of its value, price, and volumes in emerging economies would have to fail to recover from pandemic lows, and operating profit would have to slow to 1.5 percent year-over-year growth from a current estimate of 4 %. The impact of a falling dollar on growth stocks would be negative. Value stocks, as is common in favorable economic circumstances, hold their own versus growth. The Russell 1000 Growth Index has increased by 12% since September 23, lagging behind the Russell 1000 Value Index, which has increased by 16%. In a letter, Barry Bannister, Stifel’s head of institutional equities strategy said that if the currency declines, that might precipitate a disruptive decrease in growth compared to value. His graphic indicates that since 1995, growth stocks’ performance against value has deteriorated as the dollar has weakened. This is in line with a more optimistic outlook for the global economy. 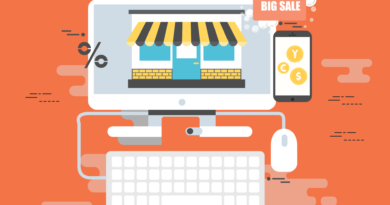 The importance of Salesforce eCommerce ad its influence on business strategy 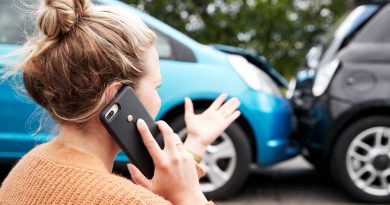 How to Claim For a Car Accident in Scotland