The rate of cryptocurrency adoption highlights how quickly these digital currencies are being globally accepted. While Bitcoin and Ethereum are considered mainstream cryptocurrencies, there are thousands of other crypto projects that have their own use cases. They are also regarded as a form of investment, with people holding onto their crypto assets for the short or long-term in order to make profits. As opposed to stocks and bonds, the beauty of cryptocurrencies lies in the fact that they are not controlled by any government. This allows individuals and institutions to trade them with freedom. Cryptocurrency adoption has grown significantly, thanks to the numerous platforms that offering exchange services.

Even companies, such as PayPal, Tesla, and MasterCard have bought stakes in the crypto market. Their crypto-positive approach has certainly resonated with the public. Chainalysis conducted research into global cryptocurrency adoption, which revealed that it rose by a whopping 880% in 2021 alone. The research metrics involved in this calculation included trading volume from P2P (peer-to-peer) exchanges, overall crypto activity and trading volume contributed by non-professional traders.

Some people may expect countries like the United Kingdom and the USA to be leading the race in cryptocurrency adoption, but statistics show otherwise. Instead, it is countries in Africa, Asia and Latin America that are currently leading the crypto adoption race, particularly where individual investors are concerned. This data has been verified with information from on-chain providers and exchanges, where people have opened their accounts, along with crypto wallets.

When it comes to P2P, the countries that showed more activity were mostly emerging economies. Institutional crypto adoption, on the other hand, can mostly from developed economies. Asian and African countries were mostly responsible for the activity that was taking place on P2P platforms and most of these transfers were valued under $10,000. El Salvador has gone as far as accepting Bitcoin as its legal tender because of its weak currency.

In North America, the United States is leading in cryptocurrency adoption, but significant portions of the crypto space belong to Russia and China. In these countries, professional and institutional traders are responsible for most of the purchases. However, the crypto ban that was imposed in China in 2021 has had an impact on cryptocurrency adoption in the country. There has been a great deal of reduction in activity on exchanges and P2P platforms. Likewise, numbers from the United States have also declined because of regulatory issues. As for Europe, Greece seems to have the highest number of crypto users.

While there are a ton of cryptocurrencies that are quite popular these days, such as Bitcoin Cash, Dogecoin, Monero and Cardano, there is no denying that Bitcoin is at the top when it comes to cryptocurrency adoption. There has been an annual growth of 113% in the rate of Bitcoin adoption since its launch. There are more than 23.3 million Americans who own Bitcoin and approximately 106 million who have owned or used it. Ethereum takes the second sport, while the third goes to Dogecoin, which has become popular, all thanks to Elon Musk.

According to experts, the introduction of clear regulations pertaining to cryptocurrencies is likely going to increase their adoption globally and innovative and new derivative products would be introduced. 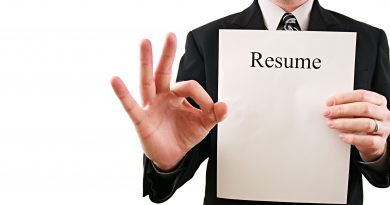 How to Write a Perfect Resume

How to do Surya Namaskar