The Russian invasion of Ukraine began on February 24, 2022. Attacks by Russian forces were reported in major Ukrainian cities, including Berdyansk, Chernihiv, Kharkiv, Odessa, Sumy and the capital Kiev. Western officials said the scale of the war could be the largest in Europe since 1945. The Office of the UN High Commissioner for Human Rights (OHCHR) has recorded 5,327 civilian deaths in Ukraine during the war as of July 31. The war has led to a humanitarian crisis as thousands of Ukrainians have fled to the west and abroad. Neighboring Poland recorded the highest number of border crossings from Ukraine, at more than 5.1 million as of August 2, followed by Russia, Hungary and Romania. So what do cryptocurrencies have to do with this?

The role of cryptocurrencies in the Ukraine-Russia conflict

American, Chinese and Russian participation (the top three global powers) in the cryptocurrency universe represents a significant portion of the global digital currency market. With this in mind, it is important to examine how state support for different currencies may interact with patterns of security, economic and political stability, and conflict.

Cryptocurrencies on the Ukrainian side

Ukraine, which has been staunchly defending itself against the Russian invasion, claims to be the forerunner of a new source of financial support: people around the world have donated millions of dollars to its war effort through cryptos like Bitcoin or Ethereum. This is obviously the first time a country has received financial support in virtual currencies, direct and instantaneous support.

To make this possible, the country created various digital wallet addresses that have since received tens of millions of dollars from institutions and individuals who support the cause. This is because, as you may know, cryptocurrencies allow for the unfettered sending and receiving of assets across borders via networks that cannot be easily censored or shut down, as there is no single entity in control. Blockchain cannot be controlled by a single third party, a real boon for Ukraine.

Cryptocurrencies on the Russian side

With each passing day, the Russian financial market falls more and more under the weight of international sanctions from the United States, Europe and the United Nations. However, Russian citizens are also suffering the consequences of President Putin’s decision to attack and invade Ukraine. Indeed, Visa and MasterCard have currently blocked their digital payment channels to Russian banks and physical and online businesses. The protagonist of all these events is bitcoin, which is increasingly traded against the ruble and hryvnia.

Indeed, in response to international support for Ukraine, Russia is preparing to legalize bitcoin and cryptocurrencies, not as financial assets, but as currencies in their own right. The government, too, hopes to take advantage of the positive impact of digital currencies in order to circumvent certain sanctions. Nevertheless, this project would not be without a binding counterpart. Russia will impose a national system for tracking transactions, and Russian citizens will have to follow strict rules or face fines.

Cryptocurrencies on the side of the international community

The international community, for its part, has not hesitated to threaten Russia with financial sanctions. Not only are Russian banks blocked, but already some seaports are not accepting Russian commercial ships; soccer and other teams are being disqualified from international competitions and companies such as IKEA are ceasing operations in the country.

Similarly, Russian citizens are also subject to various blockages such as those on their memberships in streaming and other services. Even the Ukrainian government has announced that it will pressure cryptocurrency exchanges to veto Russian citizens and the US President himself has asked exchanges to help him prevent Russia from escaping sanctions.

Thus, although cryptos initially had the ambition to be independent, their price and volatility are intimately linked to global phenomena and crises. The war between Russia and Ukraine is shaking up the entire diplomatic world and does not leave the financial and economic world indifferent. As cryptocurrencies are an integral part of this economic world, it is only natural that they have something to do with this conflict.

What SEO Beginners need to know about Inbound Links in 2020? 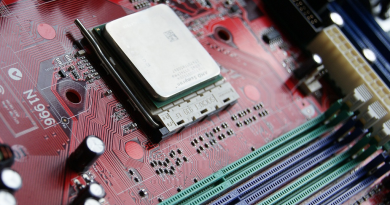 How to overclock the AMD processor 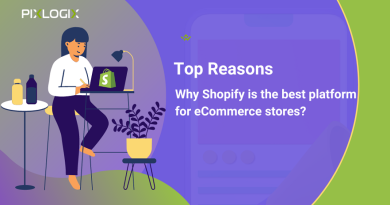 Reasons Why Shopify is The Best Ecommerce Platform