Nervous system disorders or neurological disorders are the diseases which affect the brain, spinal cord and the nerves in the human body. These neurological disorders majorly affect the movement, actions, behavioural and cognitive factors, senses, moods and memories. Below are some common and serious disorders which do not have a definite solution, but are managed with the recent advancements in medications and therapies. Let’s get into it.

Remember, the Ice Bucket Challenge? The challenge went viral to create awareness about ALS and saw promotions from various influential people around the globe. ALS or Amyotrophic Lateral Sclerosis is a nervous system disease, which is progressive. The disease attacks the nerve cells in the spinal cord and brain. Anyone suffering from ALS will notice the loss of muscle control. The main cause of ALS is still not definite. Close to 5%-10% of patients inherit it from their parents. Genetic and environmental factors also play a role for many patients.

ALS has some distinctive features or symptoms like muscle weakness and twitching, difficulty in moving or walking, frequent falling or clumsiness, muscle cramps, and difficulty in speaking. Some ALS patients also suffer from behavioural and cognitive changes.

Risk factors for ALS include the family history of ALS and certain genetic factors. It is more common in age groups 50 years and above. Smoking is an important environmental risk factor, especially among women after menopause.

Since ALS is similar to other neurological disorders, the doctor may advise tests like electromyogram, MRI, nerve conduction study or spinal tap. Hospitals like Batra Hospital Delhi, have a Neurology department which provides integrated supportive and therapeutic services while collaborating with departments like radiology and imaging labs, and other specialities.

Similar to ALS, Alzheimer’s Disease causes wasting of the brain cells, ultimately leading to cell death. A patient with Alzheimer’s eventually suffers from behavioural changes, loses social skills and the ability to function independently. The cure for the disease has not yet been found, but the latest medications have shown improvement in slowing down the progress.

The early signs of Alzheimer’s include forgetfulness, difficulty in remembering dates, conversations, or memories. In the later stages, the patient experiences difficulties in deciding and making choices, thinking and reasoning, and experience changes in personality and behaviour.

Though Alzheimer’s Disease does not have a definite cause, certain genetic, environmental and lifestyle factors, can be held responsible. Other factors include some disable brain proteins which cannot function properly, leading to damage in neurons.

Risk factors include a family history of the parents having Alzheimer’s Disease, severe trauma to the head, older age groups, cognitive impairments and poor lifestyle.

To diagnose Alzheimer’s Disease, physical examination and a neurological examination is done. Neurophysiological testing and imaging of the brain are other tests which can give a conclusive diagnosis. Batra Hospital Delhi is a facility which supports such diagnostic tests, with qualified neurologists and other staff providing timely treatment and management.

Capturing Grace, an English movie from the 90s, talks about Parkinson’s. A progressive disease of the nervous system, Parkinson’s begins with small twitching and tremors. With time, the disease causes difficulty in movement, stiffness, with slurring speech and slow movement. Similar to ALS and Alzheimer’s, this disease doesn’t have a cure but can be slowed down with medications.

The main cause of Parkinson’s is certain genetic mutations and exposure to some toxins. The disease is majorly seen in middle-aged people or the older population. Men are more likely to develop the disease, and if someone in the family has Parkinson’s, the chances for the next generation to have it increases.

For the diagnosis, past medical history, physical examination and a neurological examination are advised. The doctor may also advise some imaging tests like MRI, CT scan, to rule out other disorders.

If you know are or know anyone who displays the symptoms mentioned above, it is advisable to visit a neurologist to get an immediate diagnosis, and relief. These conditions can get worse with time, and early intervention is always the best solution for a healthier life. 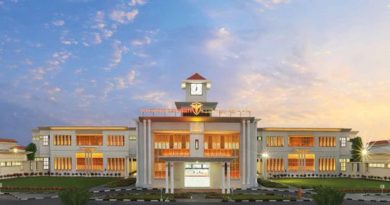 If you own a Small Business that’s currently running offline, there are many available options for your business to grow

What is the difference between business analyst and data scientist?