With the abundance of online advertising, are commercials still effective, relevant and worth it? To get straight to the point, yes it still is. Before anything else, let us define what commercial is. Commercials are a form of advertising that is shown on TV. And yes, it’s not only limited to cable anymore. Commercials can be found on streaming platforms now too. Putting commercials in streaming services is a form of digital advertising disguised as traditional advertising but essentially it is the same thing.

Why is it Still Effective?

For starters, in the US, adults watch TV an average of 33 hours per week. The reach commercials have is powerful. If a commercial is placed strategically it can really garner large audiences. Live sporting events like the NBA championship, the Super Bowl, or the boxing match of Floyd Mayweather and Manny Pacquiao is an example. Commercials like that are not skippable so it is guaranteed that the audience will see it because everyone is tuned in, everyone is watching and waiting. It is not limited to sporting events. The Oscars and the Grammy’s also get large audiences to those who want to put out commercials.

How is it Still Relevant?

Based on statistics, the older the person is the more time he or she spends watching TV. Good news is, Baby Boomers make up 50% of the US population. That is approximately 75 million people. This generation also controls 70% of all disposable income. Meaning they have the capacity to spend for whatever is on the commercial.

What Makes it Worth it?

Because of the abundance of technology, we have a lot of gadgets around us. I alone have 3 gadgets in front of me right now. Because of this, the habit of using one’s phone while watching TV has been developed by a lot of people. In fact, to be exact, according to statistics 70% of people use their phones while watching TV. One might think, isn’t that a bad thing because they aren’t focused on the commercial? Commercials are made strategically so that it sticks to your brain. Aside from that, a person has a fragmented attention span, meaning upon the impact of the commercial, if the person is using his or her phone, that person can look up the product presented. People are now more likely to search the product or service in the commercial. This especially happens of course if it appeals to the person or they find it relevant to them.

This is why websites are important. You want people to actually know more about you when they look you up. People will be more interested in your product if they are knowledgeable about it. For example, in optometrists websites click here for info is important. This is a service that people don’t just dive into. People want to do more research about your practice before they want to book an appointment with you.

Marketing and advertising is extremely important to keep a business thriving. Connection and interaction with patients, clients, users, and customers is important and that is easily done through having an online presence. 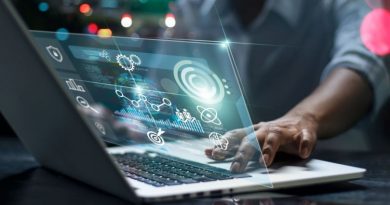 Reasons Why IT Services are Important 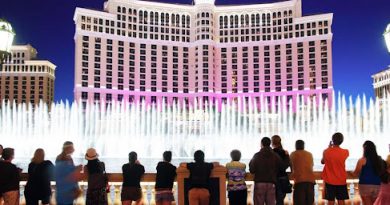