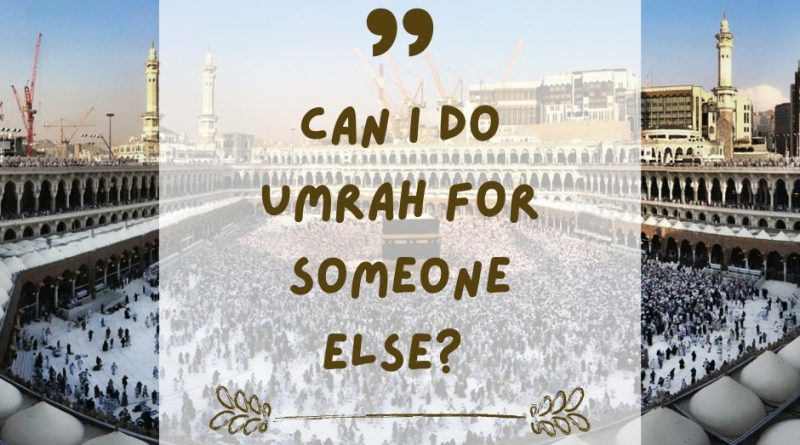 Today, a lady doesn’t need a Mahram for a short pilgrimage if her age has crossed the limit of 45 years. Therefore, she can perform Umrah for herself and someone else. Her journey will be easier if she gets the best deal regarding Umrah Packages.

Let’s know it in detail:

Umrah is an optional journey to Makkah that can be started at any time of the year by anyone. It is the shortened version of Hajj.

Performing Umrah on the behalf of others

It is acceptable to offer the Umrah on behalf of another person. It does, however, have its own set of guidelines and restrictions. Only in cases where the other person is deceased, ill, or physically unable to make the journey. Financial stability is the ability to cover all of one’s costs, including travel, lodging, meals, and other expenses. Physically capable people are those who are in good health and are able to care for themselves when travelling. A person doing Umrah on their behalf should begin by making niyat in their name when entering the state of Ihram if they are not physically or financially able to do so themselves.

Performing it for the Deceased person

It is acceptable to make Umrah for a deceased person. Even after the Hajj, pilgrims can undertake an additional Umrah in memory of a deceased loved one.

Begin by reciting “Labbayka Umrah’an” when performing Umrah on someone else’s behalf (name of the person you intend to perform it for). Say “Here I am on behalf of the one who designated me to perform Umrah” or anything similar if you can’t remember their name. Indeed, Allah Almighty is aware of this person’s identity. you’re not obligated to make the identical actions again during the Tawaf and Sa’i (going back and forth between Mount Safa and Mount Marwa).

Performing Umrah for More than one person

One person can perform an Umrah at once. In other words, you can only perform it for one person at a time. Instead, you will need to perform two Umrah for two different people, and if you are performing Umrah for more than one person, you should begin the second one from outside the Masjid Al-Haram area. The closest mosque is the masjid at Taneem.

Rituals that can be performed in Umrah

There are four rituals that can be performed in this sacred journey. These are as follows:

Before performing the worship of Umrah, a traveller must enter the holy state known as Ihram. Before crossing the specified Miqat, the pilgrim must enter this state by washing their bodies, dressing appropriately, and setting an intention.

One of the main rituals of the Umrah is tawaf, which involves circumambulating the Kaaba or moving in rounds around it counterclockwise. One Tawaf is made up of seven full laps, each beginning and ending at the Hajar-al-Aswad.

One of the essential rites of Umrah is Sa’i, which involves making seven rounds between the two tiny hills of Safa and Marwa in Masjid al-Haram, which are adjacent to the Kaaba.

Halq refers to the shaving of the entire head and taqsir includes cutting the hair of the head to at least one inch. Completing halq or taqsir is the obligatory act that must be done to get out of the state of Ihram.

Today, a disabled person can perform Umrah with the facilities provided by the Saudi authorities and his/her respective travel agency such as Labbaik Hajj Umrah.