With her experience in finance and wealth management, she has gained a unique perspective on the issue.

In 2019, Farnoush wrote two articles for BrexitCentral, and today it seems that many of her predictions were correct.

In Farnoush Farsiar opinion, leaving the European Union would free the British economy and finance market from over-burdensome regulations.

It would allow the city of London to unleash its full potential.

Regulatory intrusion made it difficult for the financial services sector to operate under MiFID II (Financial Instruments Directive).

The ability to stay competitive is only possible if the regulations are dynamic.

Farsiar said that, as London is the headquarters of the world’s largest financial institutions in Europe, it influences the economy.

The financial service industry in Britain could evolve to be the best version of itself when set free.

British financial markets will be impacted by Britain’s exit from the European Union and its conditions.
They will be self-dependent again and they won’t be able to blame Brussels anymore.

So lower corporation taxes and undoing EU legislation should be high on the British agenda. Consequently, it would incentivise foreign investors and stabilise the British financial market.

What was the UK Market prediction pre-Brexit

According to a Deloitte report, the UK attracted more Foreign Direct Investment between 2015 and 2018 than any other European country.

Moreover, the report showed London was beating New York as the most popular city for inward investment.

It is one of the few truly global and international cities and is being chained down by the rules of the European Union that don’t correspond.

One of such rules is applied in stock trading.

Putting the brakes on high-frequency trading and other financial services slows down the efficiency of the whole market.

That is high frequency without the speed, will make it regular trading and take away the excellence of this industry.

Instead, Brexit would allow Britain to offer lower alternatives for investors.

The anti-commerce measures made it difficult for London to stay lucrative as a competitor. The industry repeatedly warned over the enormous costs for small- and medium-sized firms.

Bailey explained how the UK could be equated with other authorities around the globe.

His idea for “the future of financial conduct regulation” was to set out to evolve an “outcome-focused” and “lower burden” approach.

Brexit is the UK’s chance to amplify its global financial influence and undue restrictions from the EU.

These restrictions are hindering the lighter regulations the UK had before and inhibit enterprises and start-ups to grow and being competitive in the world market.

Brexit will help to ensure the tech hubs the remaining firmly ensconce in the blooming of its major cities.

As expressed by Bailey, “left to our own devices… the UK regulatory system would evolve somewhat differently.”

There was a serious fear around the UK’s finance market

In economic terms, a competitive advantage is gaining an edge over your competitors by being excellent at the business that you specialize in.

With the regulation weighing down on them, the UK were concerned the capital’s financial infrastructure was being disassembled.

Consequently, they would be less attractive to international investors and firms would flee to Amsterdam, Frankfurt, or Paris.

The biggest fear in the UK finance market was that the European Union would restrict the EU market from trading.

Another concern was that import and export will get more expensive.

Therefore, Britain wants to stay on top of the world’s center for financial services.

Farnoush Farsiar’s prediction of the Brexit outcome was not far-fetched.
Looking at the discourse on the British economy, there is a light at the end of the tunnel.

From 7,600 in December 2020, the number of Brexit-related job relocations to Europe has decreased by a couple hundred.

The latest numbers compare with estimates by PwC in April 2016, before the referendum. They predicted that as many as 100,000 financial jobs could be lost if Britain voted Leave.

However, even with covid hitting hard, Britain’s stock market is back on the rise.

Without the “EU restrictions” the UK competes with the rest of the world, opening the market to more oversea companies.

Big companies are making their way to the British stock market, which keeps its reputation as a world leader.

The only decrease that they’ve noticed in the financial service industry is the European market.

Mainly the trade of fish and seafood went down, which is a problem for British Islands.
Though it is notable that because of the lower trade with Europe, the cost of living did get higher.

But all in all, Farnoush Farsiar was right, and Brexit is a good move for the finance industry, and it allowed the city of London to unleash its full potential again. 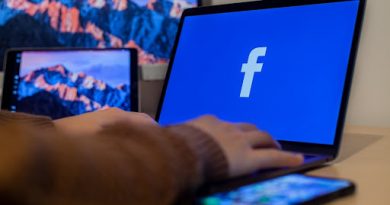 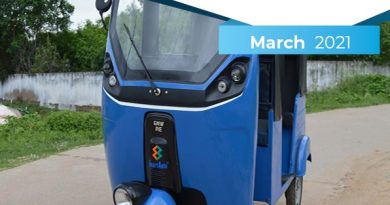 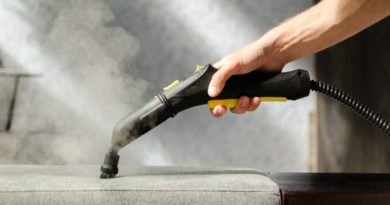 How Do You Clean Your Mattress Yourself?