Due to its remote position and lack of development, the Via Francigena, which passes through San Gimignano, was the primary pilgrimage route to Rome.

Saffron from the region could be transported to lucrative markets because of the route’s importance as a trading route. San Gimignano’s population dwindled, new construction ended, and it was all the residents could do to keep ancient buildings from collapsing. Until recently, the buildings remained primarily unchanged until UNESCO-supported renovations began to preserve them.

Many Renaissance painters, like Domenico Ghirlandaio, Benozzo Gozzoli, and Benedetto da Maiano were drawn to San Gimignano despite the town’s decline in fortunes. San Gimignano’s most popular tourist attractions are the town’s 13 remaining towers, which form the town’s characteristic skyline.

Our guide to the finest San Gimignano attractions and things to do will help you make the most of your time if you want to visit San Gimignano from Rome.

The Santa Maria Assunta Romanesque church was initially constructed in the 12th century, but Giuliano da Maiano rebuilt a transept and side chapels in 1457. Piazza del Duomo is a misnomer since there has never been and never will be a cathedral at San Gimignano.

There are several impressive frescoes throughout the church. Benozzo Gozzoli’s 15th-century painting and Iácopo Della Quercia’s 15th-century wooden Annunciation figures adorn the entry wall. A magnificent Barna da Siena cycle from the 14th century, with three bands of New Testament episodes, may be seen in the right-hand aisle. Bártolo di Fredi’s Old Testament scenes have been restored to their former glory in the left-hand hall.

Saint Fina, the patron saint of San Gimignano, is celebrated at the Renaissance Cappella di Santa Fina by Giuliano and Benedetto da Maiano (1468). The altar, also by Benedetto da Maiano, has a tabernacle decorated with reliefs and the relics of St. Fina, who died here. Frescoes by Doménico Ghirlandaio (1475) represent St. Fina’s life and death in the arcades on each side of the altar.

San Gimignano’s medieval core, the Centro Storico, is unquestionably the city’s most appealing feature, with its dozens of square towers that served as both fortifications and status symbols for the competing families that erected them.

A cluster of them may be seen in the town’s triangular main square:

Via del Castello, the main thoroughfare through the plaza is lined with numerous palatial residences and towers. The two Torri Salvucci, which overlook Piazza del Duomo, were allegedly constructed to defy the Communal Statutes of 1255, which capped the height of towers at the Podestà Tower. According to legend, the Salvucci family erected two buildings whose combined size surpassed the Podestà, built by the equally powerful Ardinghelli family.

It began in 1288 and expanded in 1323 to the left of Santa Maria Assunta. Since its erection, it has served as the municipal government’s headquarters. Its 54-meter-tall Torre Grossa (Fat Tower) is the city’s highest structure, as stipulated by a pre-existing regulation. The Apuan mountains may be seen in the distance from the summit’s panoramic views of the city and its environs.

Through a beautiful courtyard with a well dating back to 1361, visitors may enter the Museo Civico (Municipal Art Gallery). In honor of the poet Dante’s 13th-century visit to the town, a collection of medieval court frescos adorn Dante’s Sala di.

Coppo di Marcovaldo’s painted crucifix, Lippo Memmi’s Madonna Enthroned, Filippino Lippi’s Annunciation paintings, and a 1511 altarpiece by Pinturicchio are some of the collection’s highlights from the 13th to 17th centuries. Artists aided San Gimignano’s Renaissance renaissance like these three. It is hands down one of the best attractions if you are going to visit San Gimignano from Rome.

An aisleless brick church constructed between 1280 and 1298 in simple Gothic style, the Church of Sant’Agostino is located at Porta San Matteo on the northern extremity of the old town. The inside, on the other hand, is everything from simple. Benedetto da Maiano erected an exquisite marble altar in the Cappella di San Bártolo in 1494, which houses the bones of Saint Bártolo.

Benozzo Gozzoli’s 15th-century choir frescos are the most compelling reason to visit this cathedral. The life of St. Augustine, from his childhood in North Africa to his vision of St. Jerome and death, is beautifully depicted in 19 episodes painted in a vivid narrative manner. This church is one of San Gimignano’s most prominent attractions for art enthusiasts. Other artists, like as Benozzo Gozzoli and Lippo Memmi, contributed to the nave’s frescoes.

Driver In Rome can help you have a great time in Rome. The day tour’s wine and olive oil tastings are also a highlight. You’ll want to bring some wine and olives back with you after your vacation, so make sure you have someplace in your suitcase. 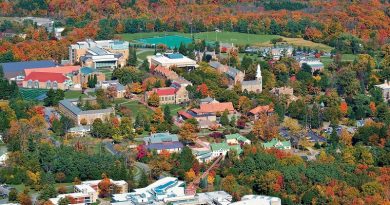 Why is Trip to Hamilton so Popular? 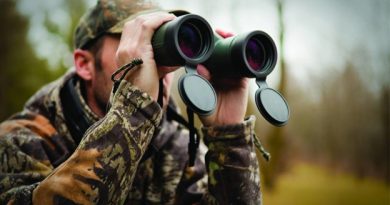 Why pack binoculars when you travel? 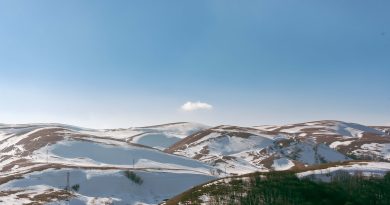