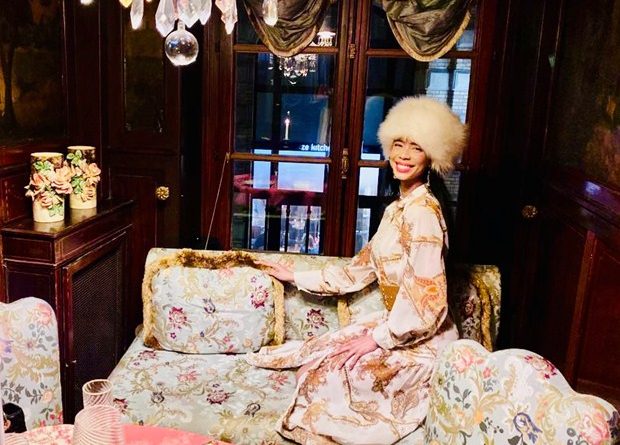 She is a descendant from one of the most leading houses of the Indian Empire. She is originally from French, British and Indo-european noble families.

Princess Rajput, of the Chauhan royal dynasty, heiress of the direct lineage of King Hammira-Deva Chauhan of Ranthambhore. Whose ancestor is none other than HRH Prithviraj Chauhan III, “the last Emperor of India” who ruled the kingdoms of Ajmer and Delhi in northern India.

Because of her family historic she uses a short artistic form of her name when she signed her contract with Elite agency. She was known as Vanessa Modely.

Today, Rani Vanouska Modely leads the campaign as Official Ambassador of Football World Heritage. She aims to  gather 185 states members and with suporter worldwide to affirm the universal dimension of football. So, that UNESCO recognizes football as part of its intangible cultural heritage for the FIFA World Cup. Thanks to her previous experience with the United Nations Education, Scientific, and Cultural Organization. In particular, as a deputy president of the “Cercle de la France pour l’UNESCO”. Appointed by the President of the French National Commission for UNESCO under the auspices of the Minister of Foreign Affairs, Rani Vanouska Modely worked as a goodwill representative. Therefore, she wanted to get off the sidelines and into the game, “much closer to people”

With the support of state members, she is now Deputy Ambassador to carry this candidacy for football to become an Intangible World Heritage of UNESCO. She was invited to the Champions League award ceremony in Monaco in the presence of Cristiano Ronaldo and Lionel Messi. There, she took her first steps into the world of football, on the ground floor of the famous UEFA blue carpet at the Grimaldi Forum. Then, back in Paris, she had this ingenious idea of the World Heritage Football project.

Rani Vanouska Modely has been dedicated her life mission to football since a few years and will continue so until her goal will be achieve “ Soccer has a double impact, that of raising the awareness of a maximum number of individuals, and advancing our society by giving hope to all children in all nations of the world. Soccer, because of its global nature, must remain a model of exemplarity and shared values. It allows us to take a new look at our fundamental challenges. Breaking down all barriers in the world, to open the doors of tolerance, sharing and respect, and must show the path of peace to be followed for our children. I think that football iis much more than a sport. It is a universal symbol of optimism that has the natural power to draw smiles on the faces of the youngest, to accompany them in learning about life.”  Said Rani Vanouska Modely

She has officially launched her global project with various member states. She strives to make football an intangible cultural heritage of humanity on UNESCO as a symbol of peace. For her, football is a reflection of our human society and a universal culture that creates bridges for people around the world without discriminating between race, age, sex, religion and language.

“We must tear down the walls between all continents and open the doors of the world to the love of football shared by 4.8 billion people on our planet.”

Today she has the support of FIFA, the FFF, UEFA, the African Union (54 countries), the International Organization of La Francophonie (84 countries), the mayor of Paris and many economic, political and cultural figures.

Rani Vanouska Modely– All around the World Tour

Rani Vanouska T. Modely traveled the world to meet children from all over the world.

The role of Rani Vanouska Modelyofis to bring together Heads of State, leading world institutions, FIFA federations, iconic sports personalities, political, economic and cultural leaders and the public at large, to call on UNESCO to recognize football as part of the intangible cultural heritage of humanity.

Football World Heritage will intensify its global campaign, supported by ambassadors, to unite the community and all 185 member states in an historic bid to UNESCO.

The goal of the Football World Heritage Organization is to unite people from all nations. She aims to create an international community that federates universal forces to include football as an intangible heritage of humanity in UNESCO.

In March 2021, Rani Vanouska modely, broken by this crisis, asks for solidarity with all the leaders of the world of football by engaging charity action on the filed to help children affected by the coronavirus pandemic.

Together with modern heroes like Messi, Beckham, Kylian Mbappé, AntoineGriezmann, Arsène Wenger, Cristiano Ronaldo, FIFA, the African Union and all football fans around the world, The Goal is to build it as a symbol of humanity, so that thoughts and actions are performed only – “Together stronger”. 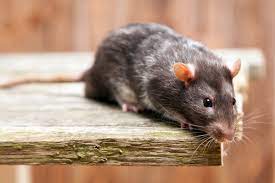 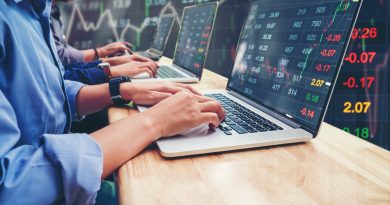 StoxDC Review – The 3 Things This Broker Does Better than Most 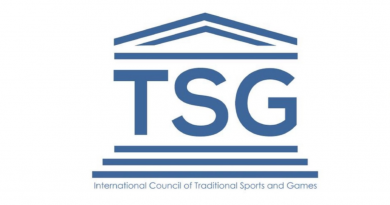 The conference on traditional sports and games took place recently